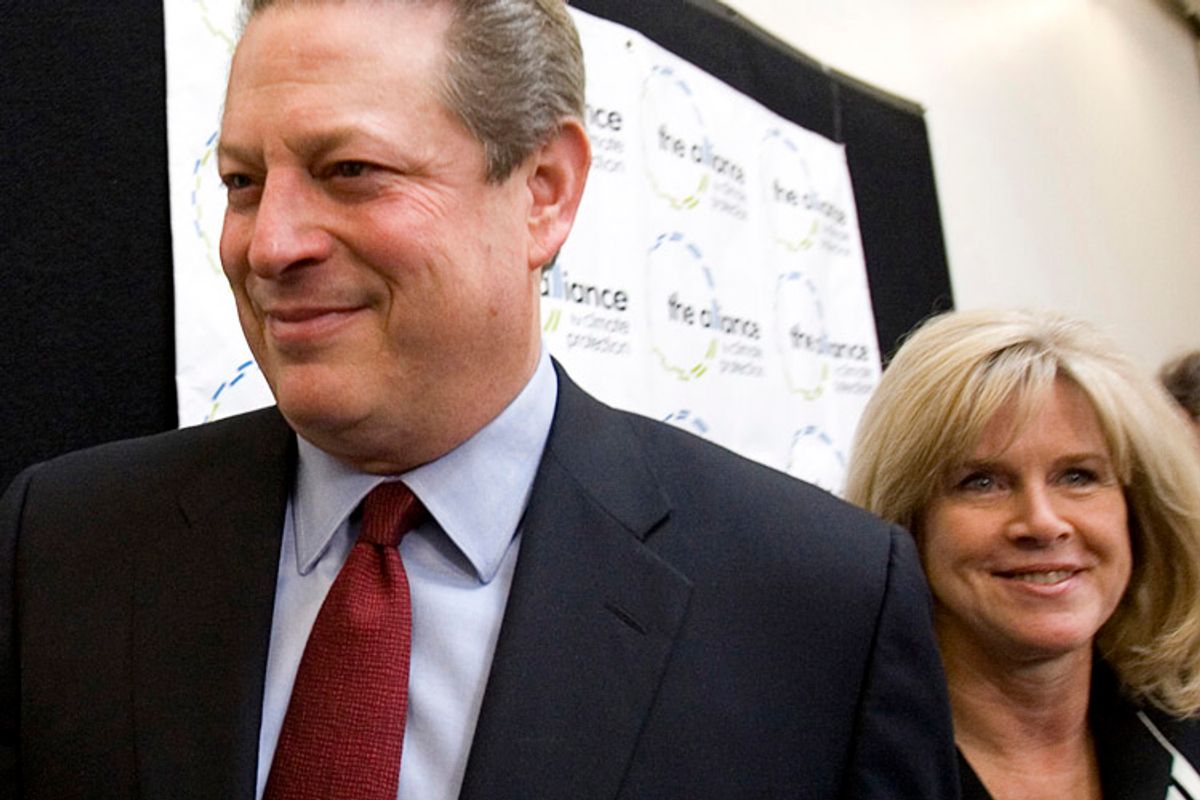 So, Mark Kirk voted for cap-and-trade in 2009, when he was in the House of Representatives. But then he ran for Senate, and so he had to decide that cap-and-trade was tyrannical and the entire idea of regulating carbon is socialism because there's no such thing as global warming. Now Kirk wants to block the EPA from regulating emissions themselves.

How to explain the about-face? Well, a lot has happened since 2009. 2010 happened, for example. And while 2010 was the hottest year on record, something even more significant went down last year:

Another Republican blasted from both sides of the spectrum for his record on emissions, Sen. Mark Kirk of Illinois, said he is "not terribly concerned" about taking heat from green groups for his criticism of EPA action on carbon emissions.

"The consensus behind the climate change bill collapsed and then further deteriorated with the personal and political collapse of Vice President [Al] Gore," Kirk said in a brief interview last week.

I think this means that when Al Gore split with his longtime wife, Tipper, in 2010, there was no longer overwhelming scientific consensus on climate change. It just makes sense.

There is maybe an explanation for this! Mark Kirk divorced his wife in 2009, and the next year it was revealed that he repeatedly lied about his military service and other aspects of his biography. So maybe he just assumes that everyone else is constantly making things up, until they get divorced.