A mortgage broker with no apologies

To hear public outrage, you'd think I forced people into homes they couldn't afford. But my job was to help them 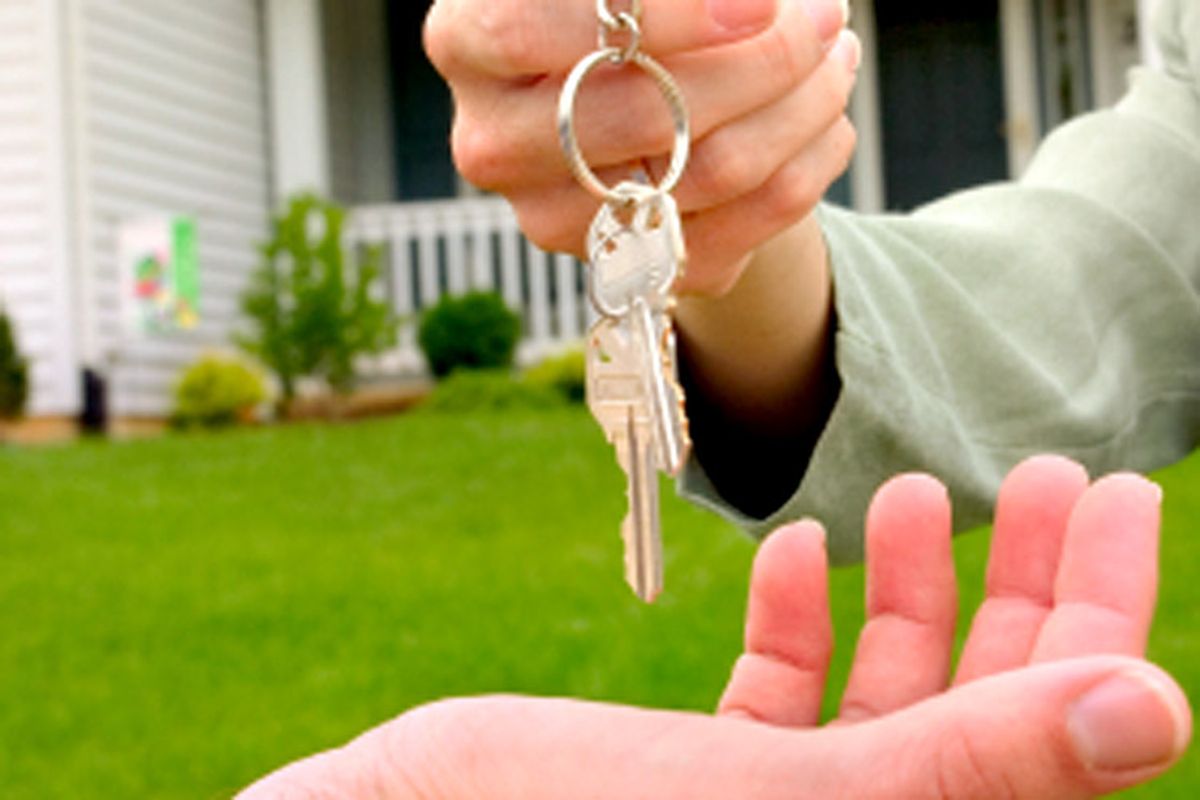 I was 28 years old when I became a mortgage loan officer in what is now the worst market in the country, Las Vegas. I didn't have a damn thing to do with the recession, except for being a victim of it, and I remain completely unapologetic.

At the time, I was visiting Las Vegas with my brother, and had looked up an old friend I knew who lived in town. I met him that night at a bar near his office, and he was joined by some of his staff and fellow loan officers. They were driving nice cars, Hummers, Mercedes. I quizzed my friend on his success, and he told me all I needed to do was be willing to learn, work hard, and develop relationships. He explained that commission sales gives people without a college degree an opportunity to make much more money, through plain hard work, than a regular hourly wage would. Intrigued and in a dead end job back home, I took my friend's offer, and arrived in Las Vegas to start my career as a loan officer.

My company flew me to its corporate headquarters and put me up in a nice hotel so that my week spent in an intensive training program was a comfortable one, despite the rigorous drills on advanced finance math, national laws and company policy. We were told that fraud is the easiest way to get fired. We were told that no one loan is worth your job. We were quizzed on national consumer lending protection laws such as RESPA, the Gramm-Leach Bliley Act, and the Fair Credit Reporting Act, until we knew them well enough that we could never claim ignorance in the midst of breaking them. We were taught that there are no scripts, that customers have unique needs and desires, and that the key to successful mortgage sales was identifying and satisfying those needs to the best of our ability. As my manager, a very successful young man who has gone on to open up two mortgage branches during the recession, said, "I can hire anyone to read phone scripts. You guys are here because you don't need them." We were told there was no cap on how much money we could make in a year; we were simply governed by how hard we would work to gain new business and develop referrals.

After training, I began work in my branch in Las Vegas. We advertised our products on the radio, and the public would respond by calling our offices and scheduling appointments. Most of our business was refinancing existing mortgages. For a fee, we would restructure the client's loan from an adjustable rate to a fixed rate product, and would save them money in their monthly payment by lowering their interest rate. Other clients would prefer an adjustable rate, as the loan offers advantages in certain situations. Others would be applying to buy a home, in which case we would calculate their income vs. their expenses in a simple debt-to-income ratio that would give our underwriters the ability to determine if this was a good loan for the client and a good risk for the company. The same went for cash-out loans, or debt consolidations. A client who had $150,000 in equity at the time may have had three credit cards totaling $25,000 that he was paying 20 percent interest on. In exchange for a cash out loan, the borrower would accept a higher interest rate in response to the higher risk involved with extending the loan amount by $25,000. He would also begin paying 5.5 percent interest on the same debt that he used to pay 20 percent on. We helped people.

Subprime lending was at its apex at the time. People with tarnished credit could get loans to buy homes. No income/No asset loans were available for others. There is no question that the deregulation of banks and mortgage companies had allowed for loans to be written that shouldn't have. Borrower qualification levels were lower than perhaps they should have been. Borrowers qualified for more house than they could afford, and as loan officers we roamed the countryside in black masks putting guns to the heads of consumers and forcing them to buy mortgages they couldn't pay for.

Well, not exactly. But you would think so, to hear the public discourse about mortgage companies. The general public has been largely absolved of any wrongdoing. The adjustable rate mortgages that have been labeled as evil products that caused the crash were mostly taken by people who had no idea how they worked. The loan officer has a responsibility to make sure  clients know what kind of deal they are getting, so we provided pamphlets to all customers taking an ARM. We provided payment schedules that showed when payments would rise or lower, and why. We had a stack of paperwork an inch thick full of disclosures relating to adjustable rates that the borrower would sign. I saw people stuff the pamphlet in their jacket pocket, sign papers they didn't fully read, and watched their eyes glaze over as I asked if they understood the payment options for the fifth time. They qualified for the loan on income, credit and assets. They were going to save $180 a month. That was all that mattered to them. I'm sure one or two defaulted. Statistically, that has to be the case. But by and large, we were able to help people. Help them save money, help them buy a home.

When a former police officer who took a job at my mortgage branch was found to have falsified the income of his client, he was fired without conversation. I remember how livid my boss was. He called us all in to a meeting the next day. He told us, "You guys know this, but apparently it needs repeating. Fraud is the fastest way to lose your job. You will get caught."

I left the mortgage business when the recession hit home. Loans were impossible to get, so income was impossible to come by. Those companies that bent and broke the rules closed shop, either because they couldn't compete anymore, or because they had been handed so many fines for fraud or improper lending practices they couldn't stay afloat. My company stayed intact. In fact, it grew.

I was eventually able to go back, and continue working in mortgages once the market began to stabilize. Much had changed. Now loan officers are required to take national and state level tests. There are fingerprints taken and background checks are ran. There are classes, hours and hours of studying for intense examinations, and 10 hours of continuing education every year for updates on state and national lending laws and regulations.

Lots of people in Las Vegas can't be helped now. At least not by me or my company. Home values have plummeted. They are unable to refinance, and can't afford the payments because their hours have been cut, or their job has gone away completely. It can be heartbreaking to hear them talk about their financial situations. Unemployment is almost 16 percent.

The mortgage industry undeniably played a role, but the answer isn't the bastardization of an industry of professionals. Are there bad apples? Without a doubt. Just like every industry known to man, including religion, law enforcement, military and banking, there are bad people doing dishonest things that make the rest of us look bad. I can tell you I have never written a loan I knew would blow up in the face of my client, or one that I knew they couldn't afford. I had guidelines for debt-to-income ratios to follow, and two levels of underwriters to navigate before a loan was approved. I absolutely had clients who I knew would not review the material we provided, or fully read and understand documents before signing on the line that says they did. I did my best to educate them on the products, but at the end of the day, these are adults. They qualify for a mortgage, have been provided with every tool at my disposal to help them understand the mortgage, have signed some 50 pieces of paper saying they understand the components of the mortgage, and have had credit, income and job history checks. But if that borrower finds himself unable to make the payment, you'll find him on TV or radio, blaming me.

There are few things I regret in life. None of my loans fall under that small umbrella. I would never have lost my job for not doing a loan that was deemed risky. I never committed fraud, and not because it was legal. Fraud has never been legal. I didn't get chewed up by the filthy mortgage business and come out learning about whom I didn't want to be. I came out with a better understanding of working hard for my money, with a better work ethic than any other job had helped me develop, and with my conscience intact, having never ripped anybody off because I could. I had nothing to do with the financial collapse. My only relationship to it is that it forced me out of a job I liked. I don't agree that we all owe the public an apology.

When a priest breaks the trust of his church, I don't expect all church staff to repent and beg forgiveness. When a dirty cop looks the other way, I don't expect every police force in the country to apologize. When a guy goes and works for a dirty mortgage shop and knowingly commits fraud, I agree, that guy owes you an apology. His entire industry doesn't. By and large, the mortgage industry is made up of hardworking professionals, many of whom are struggling to make ends meet, as many of us are. For every loan officer cutting and pasting income into a spreadsheet to inflate the worth of his client, there are 60 loan officers who never played outside of the rules. For every client that took a loan out on a house he could not afford, there is someone enjoying a low rate mortgage, locked in for 30 years. For every person who blames the mortgage industry for his personal financial troubles, there is a person with massive credit card debt, a big-screen TV, a boat, two houses and three cars who has no idea how he will pay for it, and who blames the mortgage industry for his troubles. I don't accept that I'm somehow dishonest simply because of the industry I chose to work in. I've never hurt anybody for money.