Mubarak tells ABC he wishes he could resign 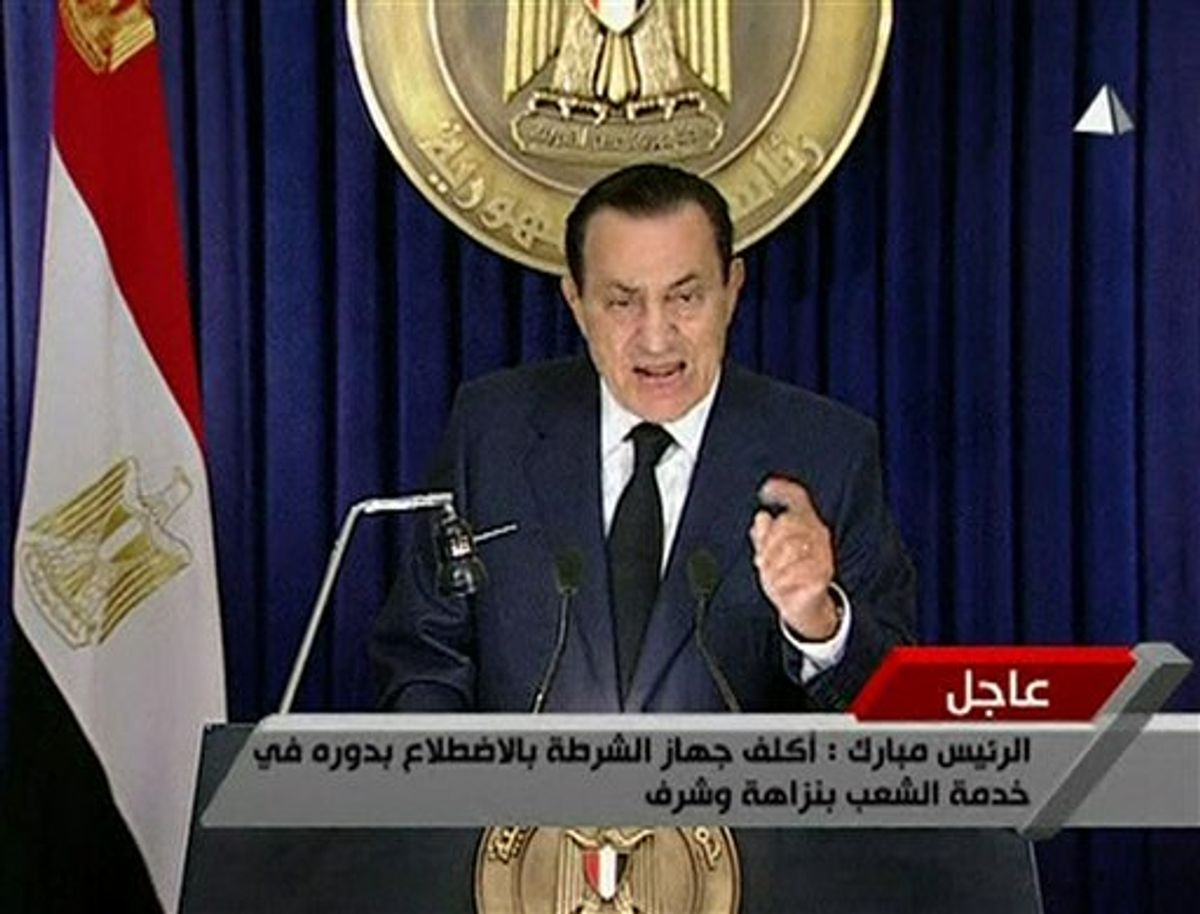 In this image from Egyptian state television aired Tuesday evening Feb 1 2011, Egyptian President Hosni Mubarak makes what has been billed as an important speech. Mubarak has faced a week of public and international pressure to step down from the role he has held for 30 years, culminating in a day when a quarter-million people turned in the largest protest yet to demand his ouster. (AP Photo/Egyptian state television via APTN) EGYPT OUT TV OUT (AP)
--

Most journalists in Egypt have encountered an antagonistic government accused of targeting and arresting reporters. ABC’s Christiane Amanpour, however, managed to land an exclusive interview with Hosni Mubarak. The embattled president projected the air of defiance in the face of overwhelming international consensus he should step down.

I asked him how he himself was feeling. He said I am feeling strong. I would never run away. I will die on Egyptian soil.

Still, the president said he was acting in the best interest of the country:

He said he's fed up with being president and would like to leave office now, but cannot, he says, for fear that the country would sink into chaos.

His words stand in stirring juxtaposition to his present confines -- a heavily militarized compound:

For now, Mubarak remains in the presidential palace with his family, heavily guarded by armed troops, tanks and barbed wire. We were joined by his son Gamal, who was once widely considered to be his successor. Mubarak told me it was never his intention to have his son follow him into office.

ABC will air the interview tonight on World News with Diane Sawyer at 6:30 p.m. ET.