McCain says the time for Mubarak to leave has come 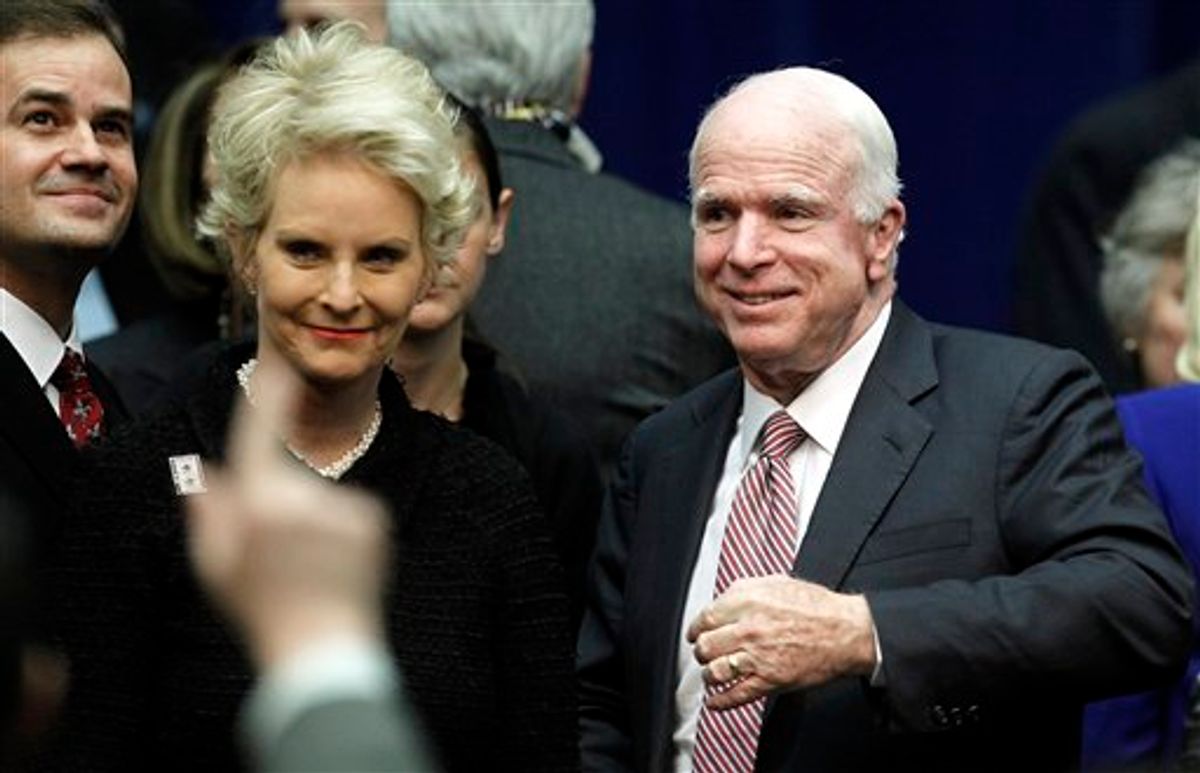 Sen. John McCain, R-Ariz., and wife Cindy arrive at a memorial service for the victims of Saturday's shootings at McKale Center on the University of Arizona campus Wednesday, Jan. 12, 2011, in Tucson, Ariz. (AP Photo/Chris Carlson) (AP)
--

Sen. John McCain says the United States has to do "a better job of encouraging democracy" in the Middle East in light of the public uprising in Egypt.

The Arizona Republican tells CBS's "The Early Show" that U.S. officials have correctly called for an orderly transition away from President Hosni Mubarak. McCain said the situation in Egypt is "fraught with danger" and said he worries about "the influence of extremist organizations."

The Republican, who met with Obama at the White House Wednesday, said nevertheless that Washington must push for free elections, even if they result in lifting Islamist elements. McCain said that American officials also have to be concerned about "the threat of a repeat of the election in Gaza," where Hamas, considered a terrorist organization, emerged with newfound powers.

Interviewed on ABC's "Good Morning America," McCain said "the time has come" for Mubarak to work out a transition of power that "has the army, pro-democracy elements and others in a transition government."

"The best opportunity for a pro-democracy government and not a radical, Islamic government is an open, transparent process," the senator said. "This virus spreading through the Middle East proves the human yearnings, and probably the only place you won't see the demonstrations is Iraq."