Racial identity no longer a "black" and "white" issue

Was there an accurate box for Obama to check off when he filled out his census form? 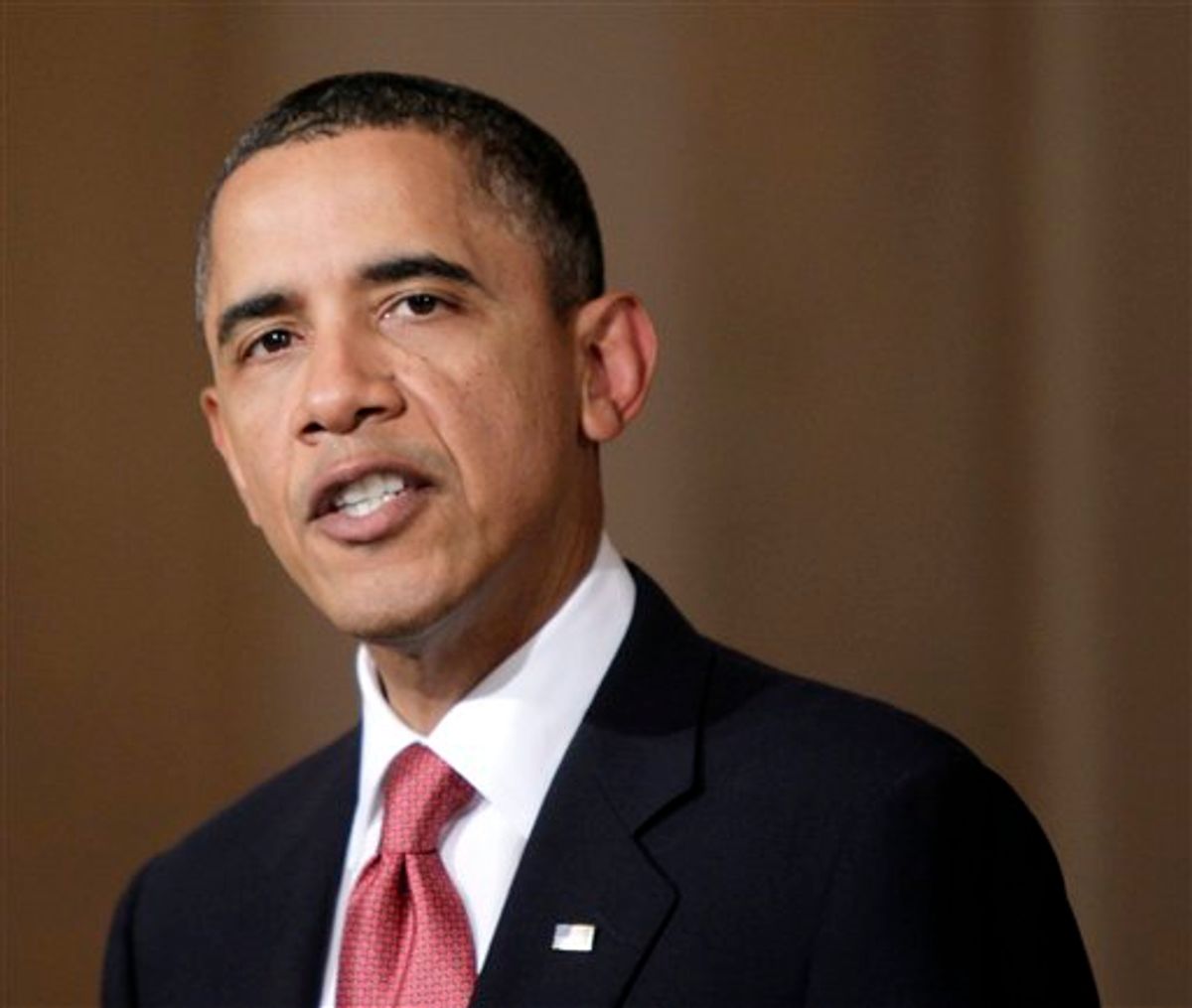 President Barack Obama speaks about the situation in Egypt in the Grand Foyer of the White House in Washington, Tuesday, Feb. 1, 2011. (AP Photo/Pablo Martinez Monsivais) (AP)
--

Weary of partisan bickering? Here's an anodyne topic sure to stimulate lively conversation among your friends. Which boxes should President Obama have checked to identify his race on the 2010 census form?

As the world knows, Obama's mother was a white woman from Kansas, his father an exchange student from Kenya. But there's no box labeled "African-American." So the president checked "black." He could also have checked "white" but chose not to.

This decision disappointed a unique student group at the University of Maryland, although most understood it. Recently profiled in the New York Times, the self-styled Multiracial and Biracial Student Association could with equal accuracy be called "Students Whose Mothers Were Asked Insulting Questions by Busybodies at the Supermarket."

Questions like the one my sainted mother actually put to my wife's mother at our wedding: "What nationality are you people, anyway?"

A real conversation-stopper, that.

But I'm getting ahead of myself. The idea behind the Maryland group seems to me entirely benign. Asked how she fills out forms seeking racial identity, vice president Michelle Lopez-Mullins, age 20, says, "It depends on the day, and it depends on the options."

Lopez-Mullins, the Times reports, is a one-woman United Nations: "Chinese and Peruvian on one side, and white and American Indian on the other." As a child, she says even friends constantly asked her hurtful questions, such as "What are you?" and "Where are you from?"

She and her fellows in the Multiracial and Biracial Student Association play a "who's what?" guessing game among themselves to lessen the sting. "Now when people ask what I am, I say, 'How much time do you have?'" Lopez-Mullins told a reporter. "Race will not automatically tell you my story."

My view is that absent extreme circumstances, race never tells you anybody's story. But then I'm a guy who once got summoned into the registrar's office for identifying my race as "1,500 meter freestyle" on an official form.

They explained that civil rights laws made an accurate response necessary. Anyway, in other contexts I might have answered, "I only look white. I'm Irish." Reading 18th- and 19th-century accounts of life on the Emerald Isle had taught me that every single bigoted generalization made about black slaves in America was also made by the English about Irish-Catholic peasants.

The native Irish, their overseers thought, were physically powerful, gifted at singing and dancing, but also dumb, lazy, insolent, sexually promiscuous and bad smelling. These shortcomings, as Swift made clear in his immortal satire "A Modest Proposal," in which he proposed fattening Irish children like piglets for slaughter, made their virtual enslavement inevitable.

But that was long ago and far away.

Anyway, back to President Obama, who has made no secret of his mixed inheritance. He's even written books about it. Indeed, it seems to me that along with his great intelligence, Obama's background helped make him a kind of intellectual and emotional counter-puncher -- watchful, laconic, leery of zealotry, a born mediator.

Like a man behind a mask, Obama watches people watch him.

Checking the "black" box on the census form, however, was the politically canny choice. Americans aren't far enough from the days when absurd categories like "mulatto," "quadroon" and "octoroon" had the power to determine people's lives. Sadly, had he checked the "white" box too, many African-American voters would have resented it. Probably more than white racists, if the truth were told.

Raised to think of myself as Irish before American -- a legacy of 19th-century immigrants greeted much the way illegal Mexicans are today, and who reacted by hunkering down in ethnic enclaves within walking distance of salt water -- I was taught that there was a proper "Irish" opinion on every imaginable topic.

To dissent was to risk being labeled inauthentic, a traitor to one's heritage. Over time, however, I realized that if there's one single overriding "Irish" trait, it's yelling at the dinner table. In fact, my kinfolk disagreed passionately about darn near everything. Meanwhile, back in the Old Country, people were still killing each other over 17th-century religious disputes.

I once asked a (Catholic) correspondent in Belfast how the antagonists could tell each other apart, as they all resembled my cousins. It was the shoes, she said, and the accents. The shoes! Sorry, Granddad, it's a foreign country.

Obviously, it's easier to declare independence from some traditions than others. People don't know these things about me unless I tell them. Even so, demands for racial and ethnic groupthink are crippling no matter the source. All racial arguments are reactionary in effect -- indications not of strength but weakness.

It's not only possible to honor one's heritage without denigrating anybody else's, in the world we live in, it's essential.

In that sense, those kids in Maryland with their Heinz-57 genes aren't in any way victims. They're far ahead of us.