"You Know When the Men Are Gone": The secret anguish of military wives 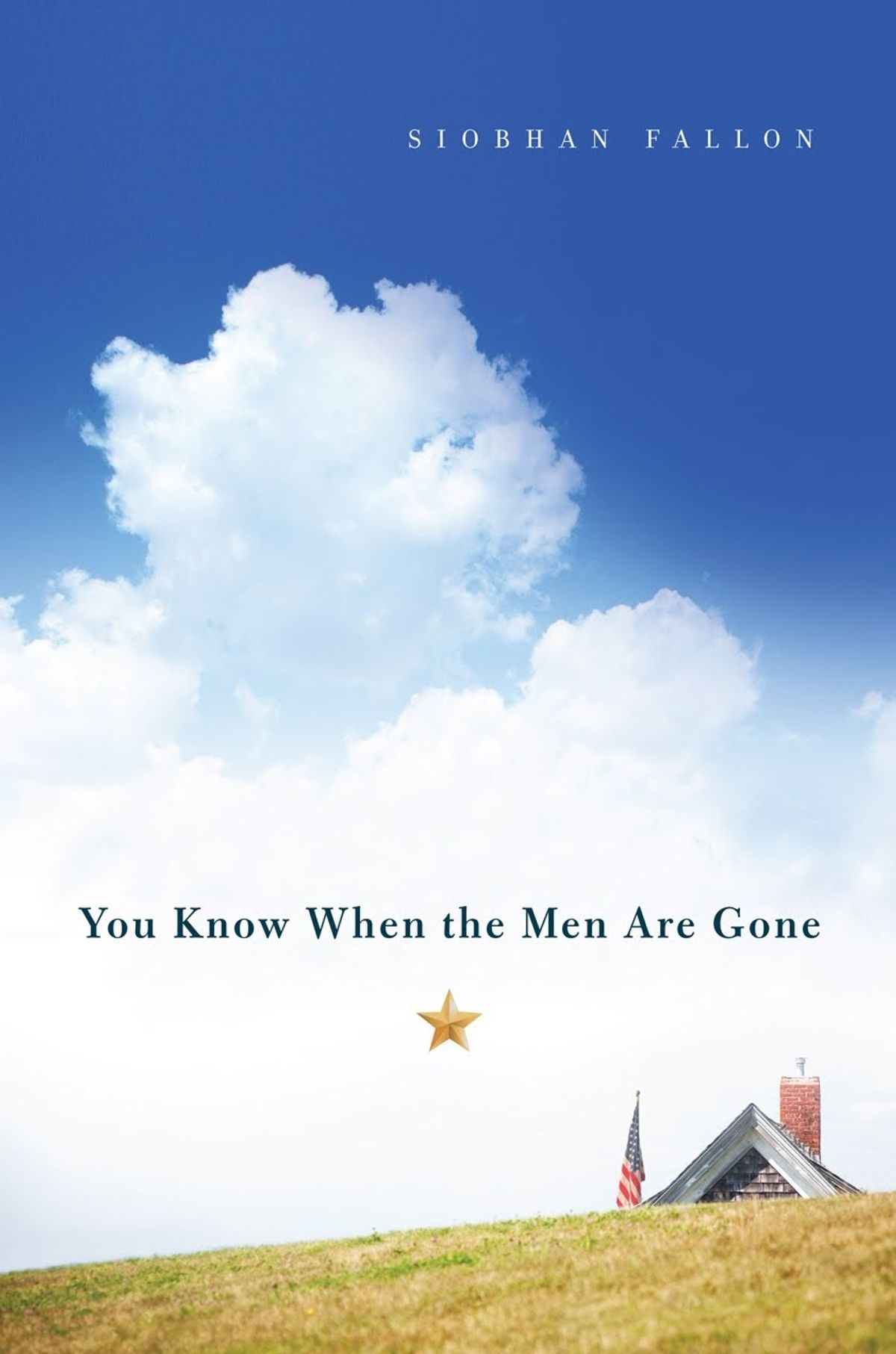 "You Know When the Men Are Gone" by Siobhan Fallon
--

In the eight wrenching, compassionate tales that make up Siobhan Fallon's "You Know When the Men Are Gone," we get the stories that it seems we've been waiting for through America's decade at war. The military wives of Fort Hood, Texas -- seen here in all of their raw anxiety and gritty resourcefulness -- represent a handful of the million-plus civilian families who have borne the brunt of the strain on the home front since 2001.

Fallon, who lived at Fort Hood while her Army major husband served two tours of duty in Iraq, nails the details of life on base after the 18,000 soldiers in the First Cavalry Division are deployed, and the world dominated by camouflage uniforms shifts to one of "brightly colored baby carriages and diaper bags, Mommy & Me meetings ... women on pastel blankets lounging on the parade field and sharing cinnamon rolls."

"You learn too much," she writes in the title story, hearing neighbors gargling, showering and crying themselves to sleep through the thin walls. This unwelcome knowledge blooms in the pervasive quiet that the absent soldiers leave behind them: "No more boots stomping above, no more football games turned up too high ... without the men, there is a sense of muted silence, a sense of muted life."

Meg, this story's central character, scans the Internet for news of her husband's infantry battalion each morning, meets weekly with her Family Readiness Group -- women suddenly thrown together in times of duress, "all of them bereft and left behind in this dry expanse of central Texas" -- and copes with loneliness. She watches with dismay as her new neighbor, Natalya Torres, a Serbian woman who met her husband when she was cutting hair at a base in Kosovo, leaves her twin toddlers sleeping, dresses up and goes out on the town once a week, a routine that becomes a miniature scandal in this close-knit world.

Infidelity is also the hinge of "Leave." Chief Warrant Officer Nick Cash tells his wife he's not coming home on a scheduled leave, maps out a surveillance mission, breaks into his own house, and camps in the basement, waiting to find out if a friend's tip that his wife is seeing another man is true. In one of the many artful moments that link these stories, Nick recalls Staff Sgt. Torres (Natalya's husband) going ballistic when a private has a radio blasting "Love the One You're With." The usually laid-back Torres stomps the radio to smithereens.

While worrying about a sexy e-mail a woman soldier has sent her husband in "Inside the Break," Lailani notes an ominous silence on base -- three days with not one wife in the battalion receiving a call or e-mail from her husband. This "comms blackout," is followed by a telephone tree phone call: "Alpha Company got hit. Sergeant Schaeffer died."

Several stories reverberate with the repercussions of this attack. Spc. Kit Murphy, a survivor with a ruined foot, flies home with a group of fellow battered soldiers, all wondering if their wives would be waiting, and, if they were, "how long would they stick around when they saw the burn scars, the casts, the missing bits and pieces that no amount of Star Wars metal limbs could make up for." And the widow of the sergeant killed in the attack shudders as she pulls into the empty "Gold Star Family" parking space in front of the commissary. "Family members received a few special privileges like this lousy parking space, but that meant the pity rising from the asphalt singed hotter than any Texas sun."

"You Know When the Men Are Gone" is an eloquent, unflinching and beautifully nuanced portrait of these spouses, transformed by combat as profoundly as if they'd boarded the transports themselves.