Proceeds from the portrait -- which depicts Colbert as Hitler, holding Emmy -- will go to DonorsChoose.org 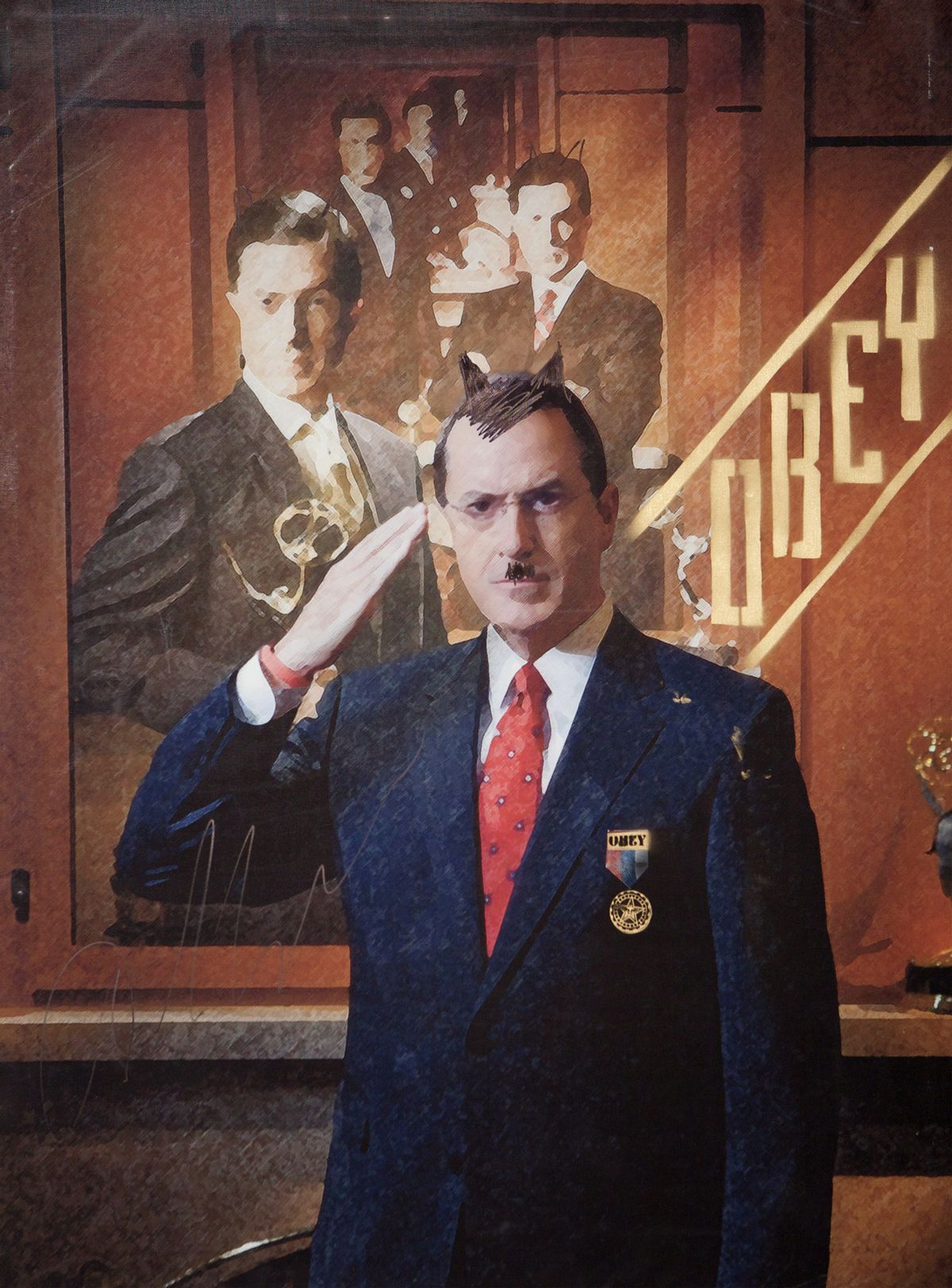 Comedy Central announced Friday that the host of "The Colbert Report" is putting one of his portraits up for auction. Colbert has repeatedly had himself painted in comically self-aggrandizing style. This one is referred to as "Portrait 5, Stephen(s)."

But it's potentially the most valuable: Artists Frank Stella, Shepard Fairey and Andrew Serrano each added their touch to the work in December.

It will be sold March 8 by auction house Phillips de Pury & Company, with proceeds going to DonorsChoose.org.

Another Colbert portrait was hung in Washington's National Portrait Gallery in 2008. Despite his conservative pundit's disregard for high culture, Colbert has increasingly embraced the art world. He recently claimed to be the elusive graffiti artist Banksy.