Right-wingers run out of sympathy for reporters attacked in Egypt 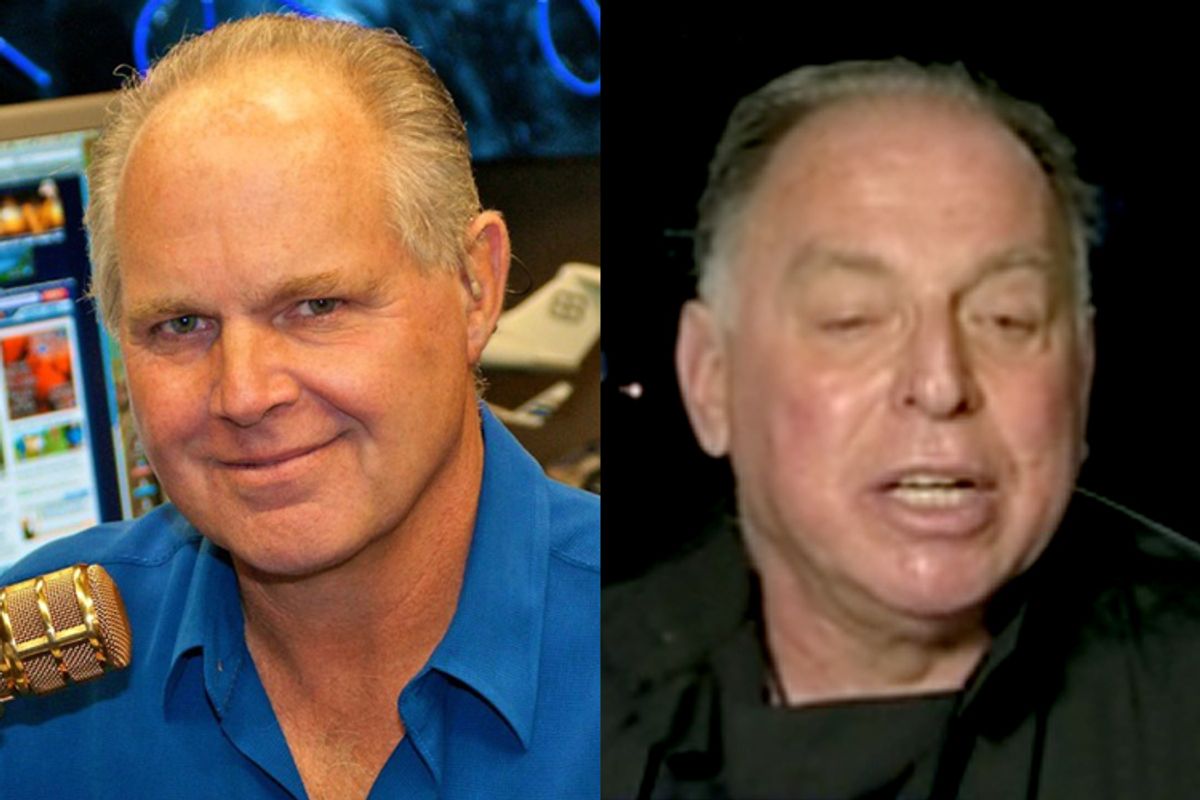 The uprising in Egypt has perhaps been most difficult on our nation's political pundits, who suffer from a damning ignorance about the nation and the region as a whole, and who are forced by the conventions of their field to apply a strict binary analysis to all matters political, cultural and historical. Consider the struggle of the conservative pundit forced to have an opinion on world-changing events he can barely grasp: Is he supposed to support Mubarak because the demonstrators might be "bad Muslims"? Should he attack the Obama administration for initially supporting a brutal dictator? Should he just look at what liberals are saying and say the opposite? One thing he knows to do, though, is to hate and distrust the Liberal Media.

That is why Rush Limbaugh said this, about New York Times reporters who've been detained by the Mubarak government:

Ladies and gentlemen, it is being breathlessly reported that the Egyptian army -- Snerdley, have you heard this? The Egyptian army is rounding up foreign journalists. I mean, even two New York Times reporters were detained. Now, this is supposed to make us feel what, exactly? How we supposed to feel? Are we supposed to feel outrage over it? I don't feel any outrage over it. Are we supposed to feel anger? I don't feel any anger over this. Do we feel happy? Well -- uh -- do we feel kind of going like, "neh-neh-neh-neh"? I'm sure that your emotions are running the gamut when you hear that two New York Times reporters have been detained along with other journalists in Egypt. Remember now, we're supporting the people who are doing this.

And that is why Andrew Breitbart's "BIG PEACE" features a post by Hoover Institution research fellow Peter Schweizer headlined "I Don’t Have a Lot of Sympathy for Those Journalists Attacked in Egypt."

A journalist walking into a crowd of tens of thousands of protestors facing off against tens of thousands of other protestors is akin to the foolish hikers you read about from time to time who end up getting trapped in a snowstorm and have to be taken off the mountain by helicopter. They made a foolish decision to ascend a mountain and simply were not prepared.

Hah, dumb reporters, attempting to broadcast uncensored images from the scene of a historic uprising in the ancient capital city of the Middle East's most populated country. They're basically just like stupid hikers who went out in a storm without GPS. It is so self-indulgent of them to be beaten and shot at so that those of us sitting comfortably at home in front of computers can learn what's happening.

The horrid Piers Morgan actually had former New Republic owner and deposed editor in -chief Marty Peretz on his new show, live from Tel Aviv, to tell us of the mood in Israel. The mood in Israel is that journalists in Egypt are narcissists.

A word about this: Back when only inconsequential liberals (and Jack Shafer) cared that Marty Peretz was a frothing anti-Muslim bigot, he frequently complained that he was never invited on TV, even though he's a total expert on everything. Now that everyone knows he's an unhinged Arab-hater with anger issues, he is suddenly on CNN, pontificating on the Middle East. That's funny, right?

Anyway, yes, it's funny when Nick Kristof and Anderson Cooper parachute into war zones and disaster sites, but despite the fact that television personalities are narcissists, the vast majority of working journalists being attacked and detained in Egypt are not American evening news anchors with great hair. Hey, Swedish television correspondent who was stabbed in the stomach and Egyptian blogger who was beaten and jailed: Get over yourselves!

(Even Rush changed his tune when he learned that journalists from Fox News were beaten, because while it's really funny when liberals are mistreated by oppressive regimes, it is a tragedy when the same thing happens to people on "our side.")