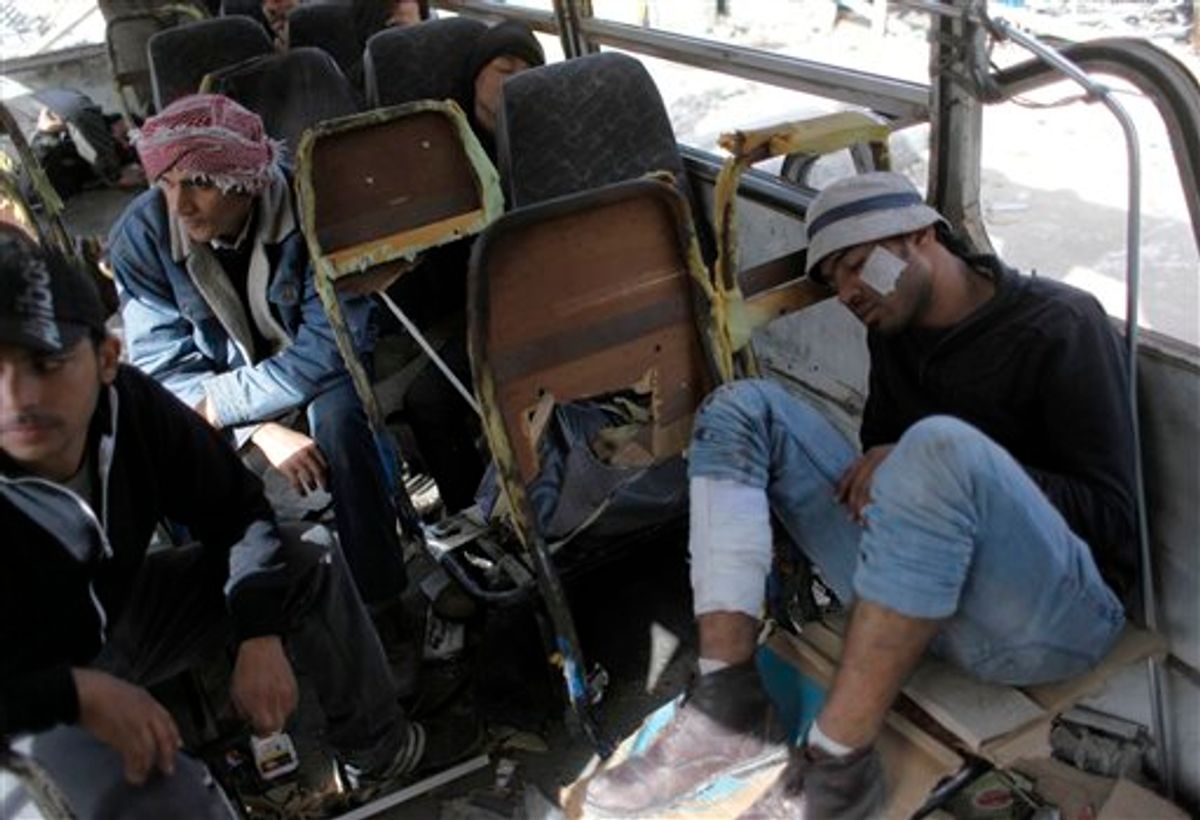 Anti-government protestors rest in a burnt out vehicle in Tahrir Square, Cairo, Egypt, Friday, Feb. 4, 2011. The Egyptian military guarded thousands of protesters pouring into Cairo's main square on Friday in an attempt to drive out President Hosni Mubarak after a week and half of pro-democracy demonstrations. (AP Photo/Emilion Morenatti) (AP)
--

In a report released Friday, the investment bank said it was revising down its forecast for Egypt's economic growth to 3.7 percent from 5.3 percent in 2011.

Egypt's economy has been battered by the more than week-old protests in which tens of thousands are demanding President Hosni Mubarak's ouster.

Banks and the stock exchange have been closed all week, while most factories have been shuttered. Tens of thousands of tourists have fled the country because of the violence, dealing a hard blow to the vital tourism sector.

The unrest has led to price spikes of food in some areas of Cairo, further straining Egyptians who had complained about rising costs.