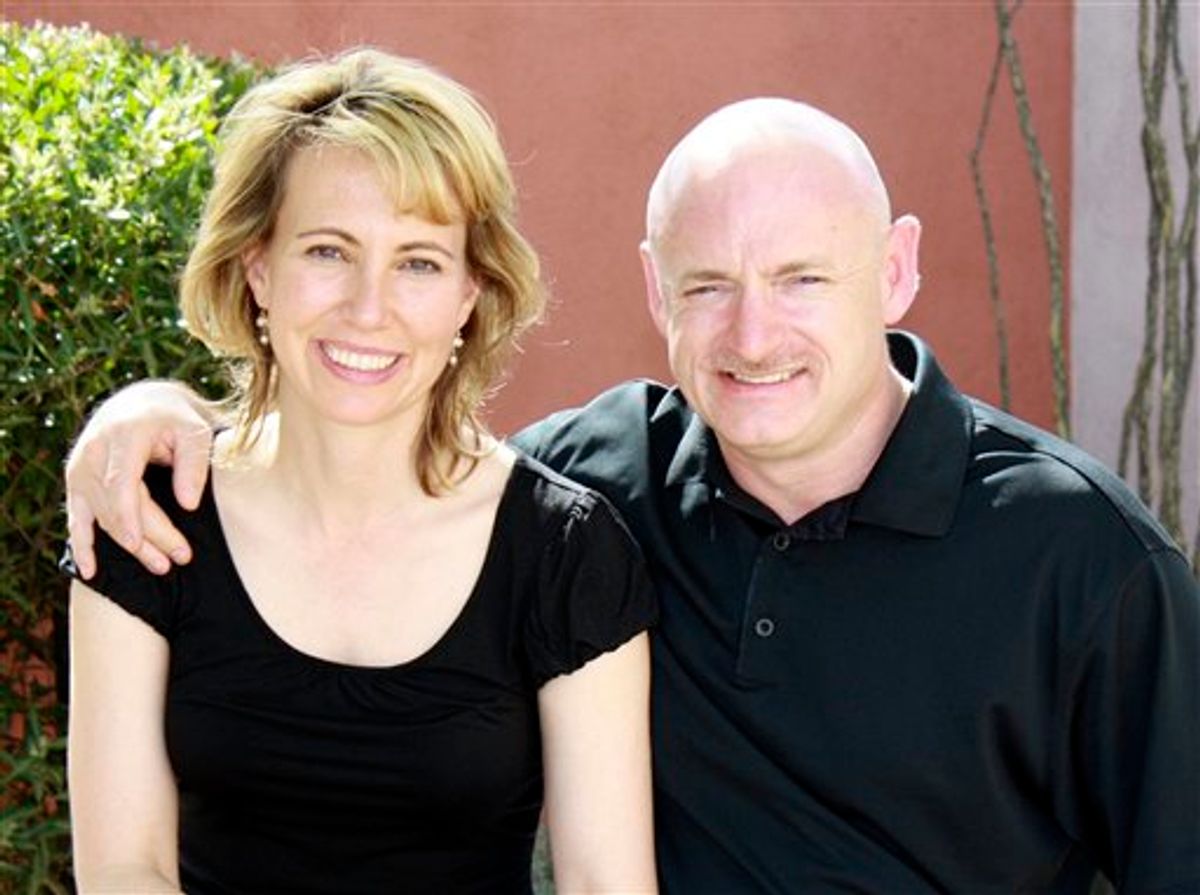 NASA has confirmed that the astronaut husband of wounded Rep. Gabrielle Giffords will fly to space in April.

NASA said late Friday morning that shuttle commander Mark Kelly will be on board for the final flight of Endeavour. He will resume training as mission commander on Monday.

In a news release from NASA, Kelly said he looks forward to joining his crew and finishing all the training for the two-week mission. He said they have been training for more than 18 months, and will be ready to carry out the mission.

Kelly is holding a news conference at Johnson Space Center in Houston on Friday afternoon.

He took a leave from training after his wife was shot in the head outside a Tucson, Ariz., supermarket. Six people were killed and 13 were injured in the rampage; a 22-year-old suspect is in custody.

The Arizona congresswoman was in intensive care for two weeks before she was transferred to Houston, where she is undergoing rehab.

Kelly, 46, spent the past month debating whether to step down as commander of Endeavour's two-week mission. As he agonized over the decision, NASA named a backup commander, Rick Sturckow, who joined the crew for training.

Liftoff is targeted for April 19.

Kelly's identical twin, Scott, currently commander of the International Space Station, hinted in an interview earlier this week that his brother would choose to fly.

Kelly has flown three times aboard space shuttles; April's trip to the International Space Station will be his fourth. He will lead a veteran, all-male, American-Italian crew.

The mission already was set to be one of the highest profile shuttle flights ever. It will be Endeavour's last voyage and the next-to-last for the entire 30-year shuttle program, and will feature the delivery of an elaborate physics experiment by a Nobel prize winner.

Kelly's mission originally was scheduled for last July, but was bumped into 2011 because the experiment wasn't ready.

With Kelly back on board, the launch will "get the same kind of attention that the (1998) John Glenn mission" received, said Howard McCurdy, a public policy professor and space expert at American University in Washington, D.C.

McCurdy suggested the public will embrace Kelly's decision, because it provides a sense of normalcy.

"We all want her to go back to Congress; we'd like them both to continue their careers and we'd like them to be whole and normal as if this thing had never happened," said McCurdy, author of the book "Space and the American Imagination."

Both Kellys are Navy captains and joined NASA's astronaut corps in 1996. In an interview from the space station Wednesday, Scott Kelly said their Navy background as high-performance pilots enables them to put their personal lives aside, when necessary, and focus on the job at hand.

"My brother certainly is very good at that," he told The Associated Press. "If he does choose, and NASA management chooses, for him to fly this mission ... I am absolutely 100 percent confident that he will have no problem fulfilling his responsibilities the same way as if this incident would have never occurred."

Scott Kelly will be back on Earth by the time his brother flies. He's due to land in a Russian Soyuz capsule in mid-March, closing out a 5 1/2-month mission.

Last fall, Mark Kelly told the AP he felt lucky to command one of the last shuttle flights. Atlantis will close out the shuttle program this summer, if enough money is forthcoming.

"It's just timing, actually. It's all about timing," he said. "I've got a great mission. I've got a great crew. I've got what i think is going to be some of the most important science that the space station does."