Gingrich cashes in on Reagan centennial 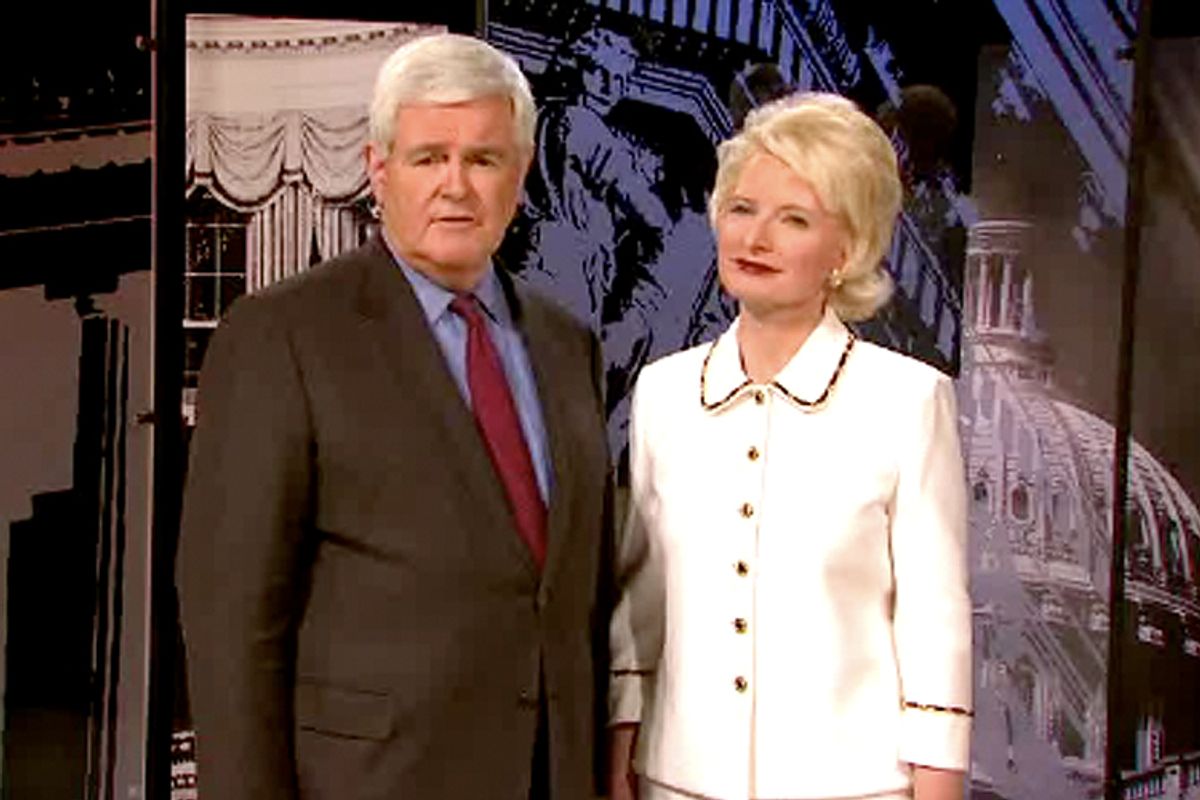 When Newt Gingrich was asked about getting into the 2012 presidential race at a public forum the other night, he responded: "I'm an author. I write books. I make money."

That comment comes as no surprise to regular War Room readers; we've spent a fair amount of time documenting the former speaker's relentless merchandising. His ex-wife memorably told Esquire that she doesn't think Gingrich will ever mount a presidential bid because he's too busy getting rich selling junk to the conservative masses.

So it's perhaps the least surprising development of the week that Gingrich is attempting to profit off of the Reagan centennial, which is sure to be a cash cow for conservative publishers and moviemakers.

Gingrich is going all out. He and his ever-present wife, Callista, wrote the foreword to a new coffee table volume, "Ronald Reagan: A Life in Photographs."

The Gingrichs also created their own coffee table book for the centennial, "Ronald Reagan: Rendezvous with Destiny." Gingrich Productions has been pushing it hard this week; it's yours for only $29.99. Here's how it's being advertised:

February 6, 2011 marks the 100th birthday of President Reagan, and this unique photographic collection, inspired by the documentary film, Ronald Reagan: Rendezvous with Destiny, honors the life and legacy of our nation’s 40th President. Throughout the many chapters of his life, Reagan never failed to display the character, integrity, and optimism that helped him become one of the greatest leaders in modern history. Thanks to Ronald Reagan, there is indeed a bright future ahead for America.

For more on the centennial, check out Salon's ongoing series, the Real Reagan.