The bright light leaves one onlooker in awe: "We've seen 'em in Mississippi before but never ... like this" 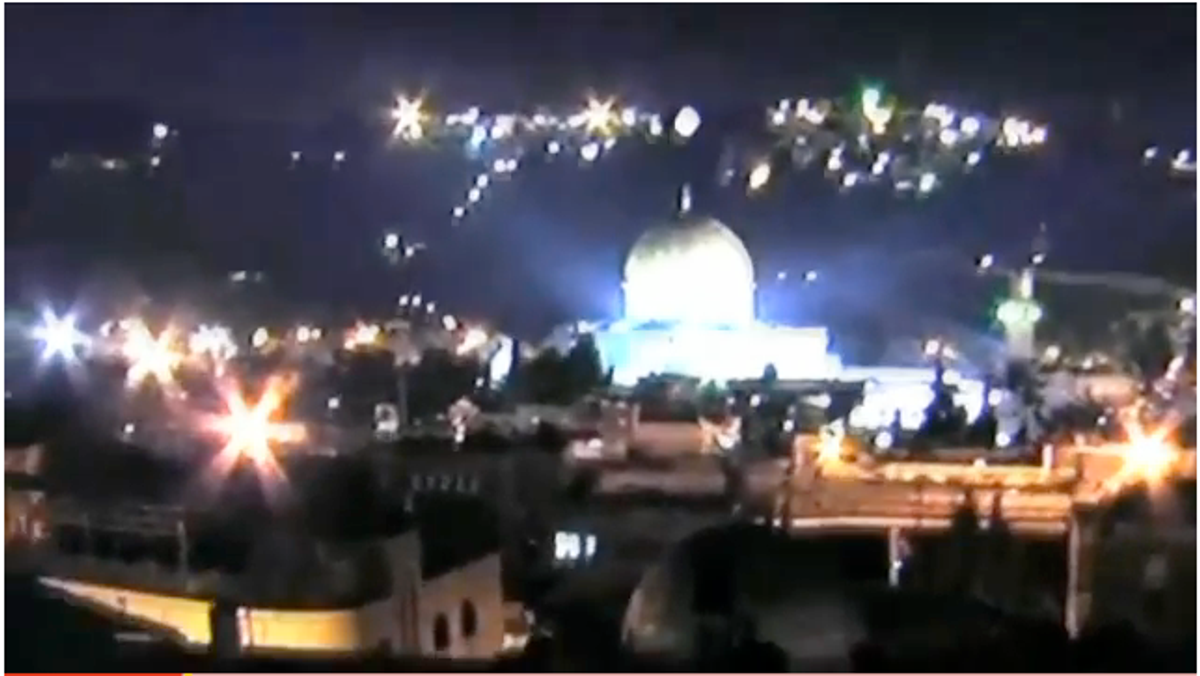 Bright light over Dome of the Rock, Israel
--

A bright light that hovered over an Islamic shrine in Jerusalem before "shooting off, as if disturbed," is causing dissension among UFO experts across the Web.  Skeptics are having a hard time writing this one off as a hoax because, well, there's more than one video account of the event.

Amid oohs and aahs, one American woman validates the rarity of the experience in a thick Southern accent:

Lee Speigel on AOl offered an in-depth analysis of the videos. Pointing out that three videos of the same event had surfaced, Speigel showed some skepticism about the video that had surfaced from die-hard UFO spotters:

One analysis [of the close-up video] suggests that the audio track was, in fact, edited from several different tracks and laid over the video to make it seem as if there were people there.

In addition, there is criticism that this same video isn't even a video -- that it's actually a still photo onto which the UFO was digitally placed. The same critique as above points out that if you look carefully at the so-called video, you'll notice right away that, other than the UFO in question, there is no movement of anything else, i.e. traffic, people, even the twinkling of street lights.

We want to believe.

UPDATE: UFO specialist and Discover Magazine contributor Benjamin Radford all but debunked the veracity of the video. Speaking to Ian O'Neill, Radford explained:

Ben also pointed out that even though a handful of videos have surfaced, it's still strange that more haven't come to light. Jerusalem is a religious center flooded with tourists. Although this event apparently happened at 1 a.m., shouldn't there be dozens of videos and eyewitness accounts?

"For these and other reasons, in my opinion, it's almost certainly a hoax," he concluded.

Discover also offered up this video of the 5 best ways to spot a UFO hoax: