The president chats with the Fox News pundit. And nothing terrible happens 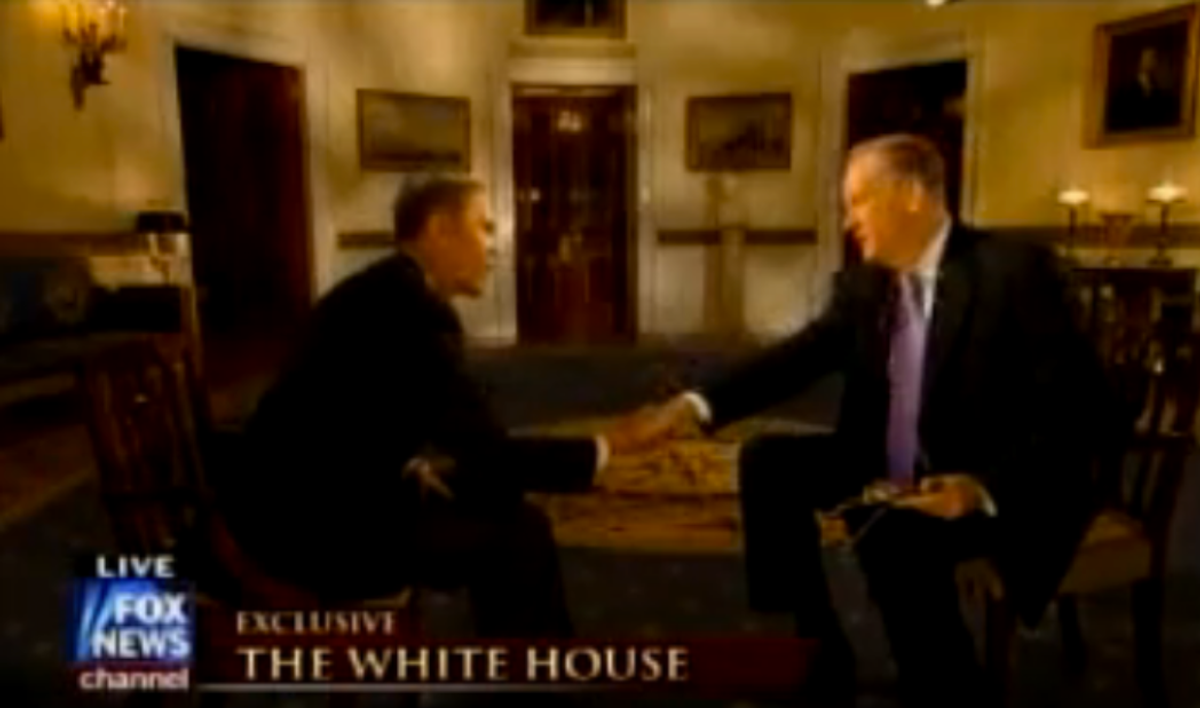 Bill O'Reilly sat down with President Barack Obama just before the White House Super Bowl bonanza. On the whole, the conservative pundit and liberal hero seemed to -- wait for it -- get along really well. Topics ranged from Egypt to tax cuts to political persuasions. Frankly, nothing earth shattering happened so we've keep this round up brief and posted the interview in full at the bottom.

Obama: "Egypt is not gonna' go back to what it was. The Egyptian people want freedom"

O'Reilly (when announcing his suspicions regarding the Egyptian revolt): "Mubarak knows a lot of bad things about the United States. I’m sure you’re aware of that… Those are tough boys, that Muslim Brotherhood."

O'Reilly: "Are you a man that wants to redestribute wealth?"
Obama: "Absolutely not."

O'Reilly: "Are you moving to the center?"
Obama: "I haven’t moved anywhere"