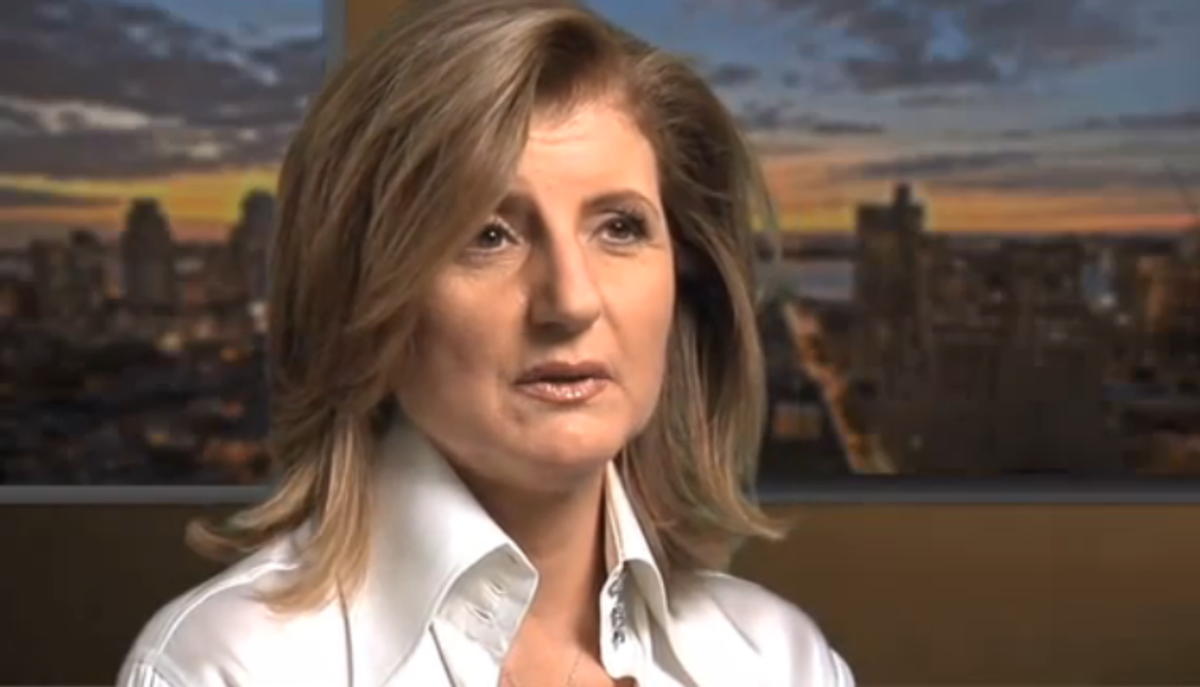 So AOL, a giant Internet "content" company that still makes most of its revenue by convincing old people to sign up for dial-up Internet connections that they don't need, has purchased the Huffington Post for $315 million. And now Arianna Huffington is the "head of all content" for AOL, which will be an odd arrangement for everyone.

Some people are excited for this and other people are more skeptical.

This will now be the single largest SEO-gaming operation ever created. ("SEO" is "search-engine optimization," which means creating pages designed solely to show up in Google results for queries like "what time does the Super Bowl start" or "Rihanna nude.") AOL's plan to finally make money again basically involved asking a small army of underpaid content-serfs to create an endless flood of cheap word-material that will receive more page views than there are human beings currently reading the Internet.

Arianna Huffington is some sort of genius, no doubt, but she is also a goofy, flighty rich person, with odd ideas and ... shifting conceptions of what the point of the Huffington Post is. If it was ever actually meant to be "the liberal Drudge," it certainly isn't that anymore. The question now is whether it will actually remain "liberal" at all. (Oh, and, do you see Politics Daily in this graphic? No?) This probably does mean more attention paid to the "lifestyle" and tech "verticals," both of which attract a better-paying class of advertiser than a blog post about foreclosure fraud. There is not, as Gideon Yago pointed out, very much actual original news-gathering going on at either organization, despite the massive sums of money involved. (Though there is certainly some.)

Huffington will probably be better for AOL than AOL will be for the Huffington Post. But we can't know what this will actually look like until she's at work, whispering "darling" to the Engadget bloggers.