Christina Aguilera wasn't the first one to botch the national anthem

The pop star stumbled at "O'er the ramparts we watched," but it could've been much, much worse 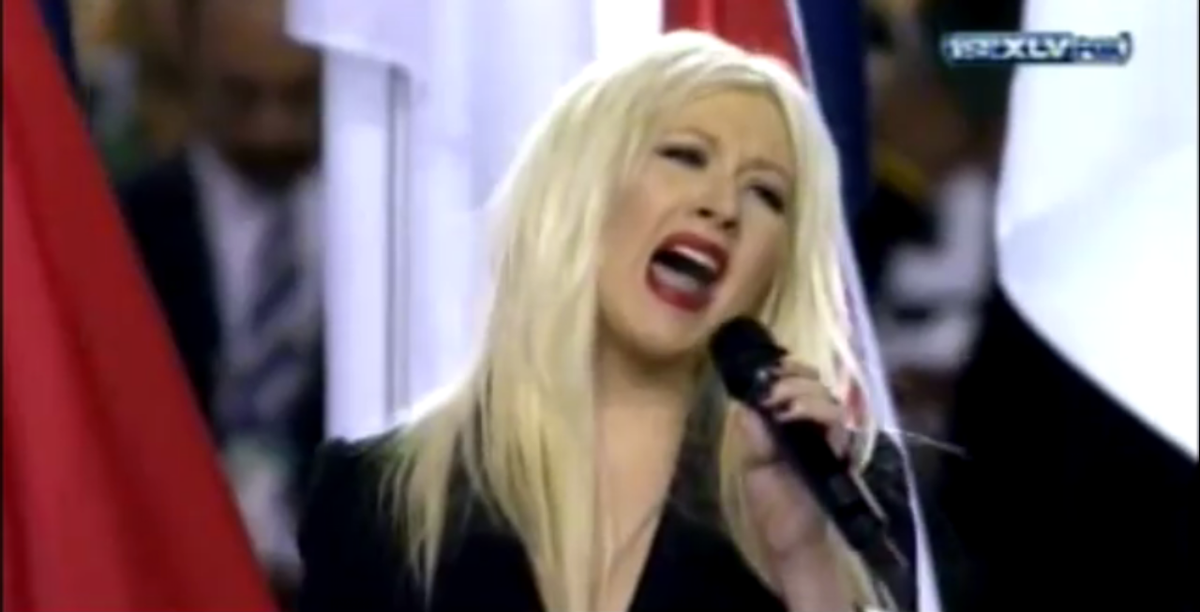 Christina Aguilera almost did a perfect job singing the national anthem at last night's Super Bowl. Repeating a line and flipping a word she sang "What so proudly we watched at the twilight's last gleaming" instead of "O'er the ramparts we watch were so gallantly streaming." Honestly, if you weren't paying attention, if you were trying out the seven-layer bean dip or getting a fresh beer instead -- we won't tell -- you probably missed it.

But the Internet did not miss the gaffe. After chatter erupted on Twitter, Aguilera released a brief, kind of heartbreaking statement:

I can only hope that everyone could feel my love for this country and that the true spirit of its anthem still came through.

Which sounds especially heartbreaking in light of the statement she gave when announcing her booking at the event in Dallas:

I have been performing the anthem since I was seven years old and I must say the Super Bowl is a dream come true. I am really excited to be part of such an iconic event

Aguilera otherwise did a great job and you can barely tell where she fumbled. See:

This kind of thing happens all the time. As if watching for a crash at a NASCAR race, some people probably only pay attention to the national anthem out of hope that they'll hear a voice crack or a line drop. And frankly, Aguilera's slip-up could've been a lot worse. Like these folks'.