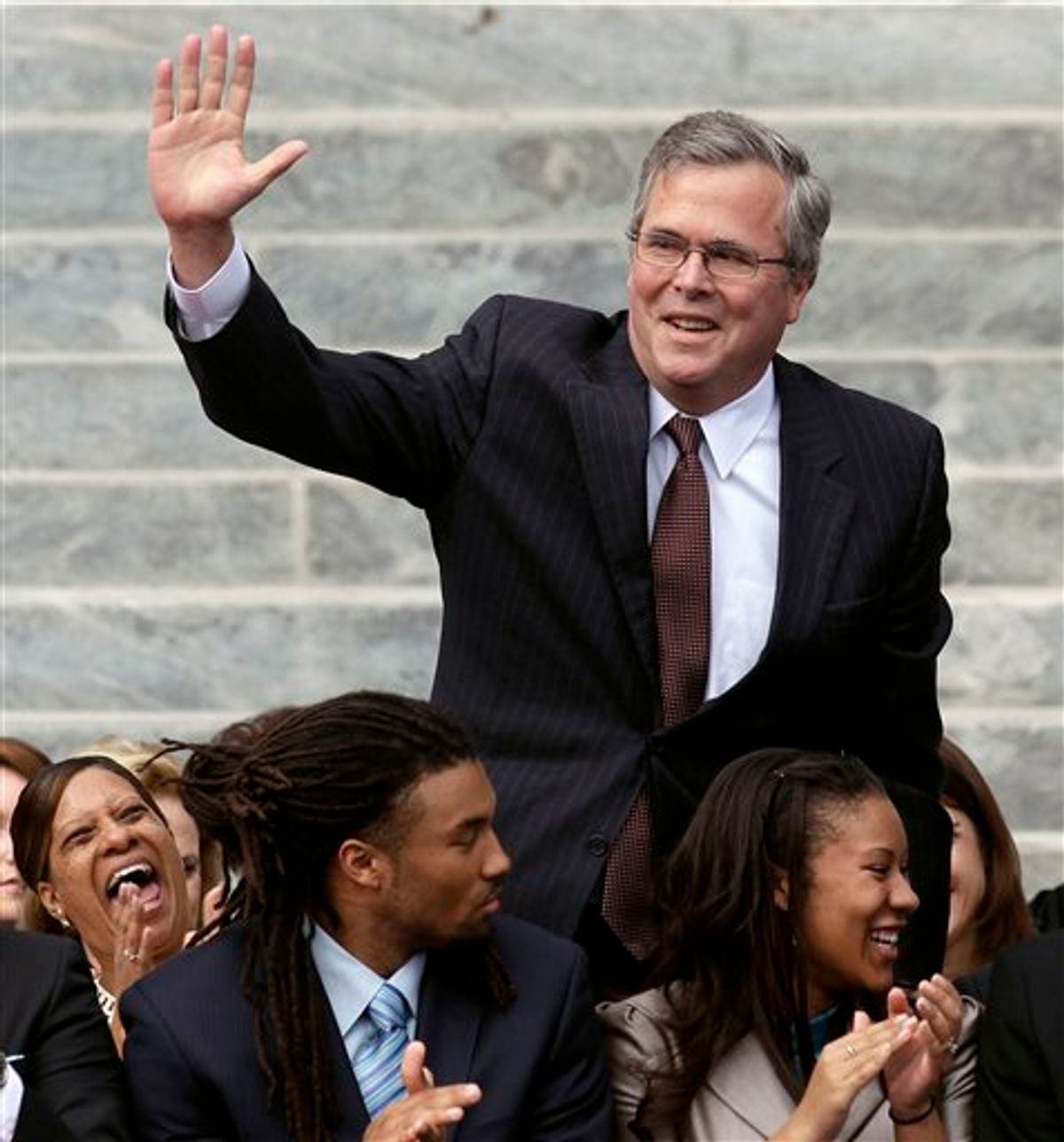 Exciting election news: Everyone at the National Review got together and decided that Jeb Bush should run in 2012 instead of 2016. Jeb is on the cover of the print edition, and there is a story about how he was a super awesome governor and is still the coolest and smartest politician in America. Now other National Review contributors are "flooding the zone" with columns imploring the last respectable child of George H. W. Bush to ascend to the throne. Kathryn Jean Lopez's column is headlined, "Bush Is Not a Four-Letter Word." Nice work.

Jeb says he won't run in 2012. If there is a point to all this Jeb Bush ego-stroking, it's that the GOP establishment has probably decided that Jeb will be the post-Obama nominee, and they're getting everyone acclimated to the idea. And maybe some of them would like Jeb to make a practice run for the job, like Reagan did in 1976. (Said practice run was not necessary for Jeb's brother George, but I guess they'd like to make the process look more legitimate this time around.)

So here is Rich Lowry, with a more serious column, explaining why Jeb must run now. There are eight simple reasons, but they boil down to the fact that no one credible is running this year and by 2016 there will be more serious candidates (Christie! Rubio!) and Jeb Bush will have been out of office for 10 years. The unspoken argument is that Jeb needs to establish himself as nominee material this cycle, if he wants the crown next time.

Will it happen? I dunno, but the idea isn't completely laughable. The sad fact is that the Bush name is not the handicap that you'd think it would be, because American popular memory lasts about 10 seconds now (aided by a press that strongly prefers to move on to the next thing), and there was never really a full national accounting of just how incompetent and criminal the previous administration was.

Those first debates are right around the corner, Jeb!