When a ghost tour feels a little too real

I love grisly tales of death. But when a guide focused on recent tragedies, I realized how creepy my obsession is 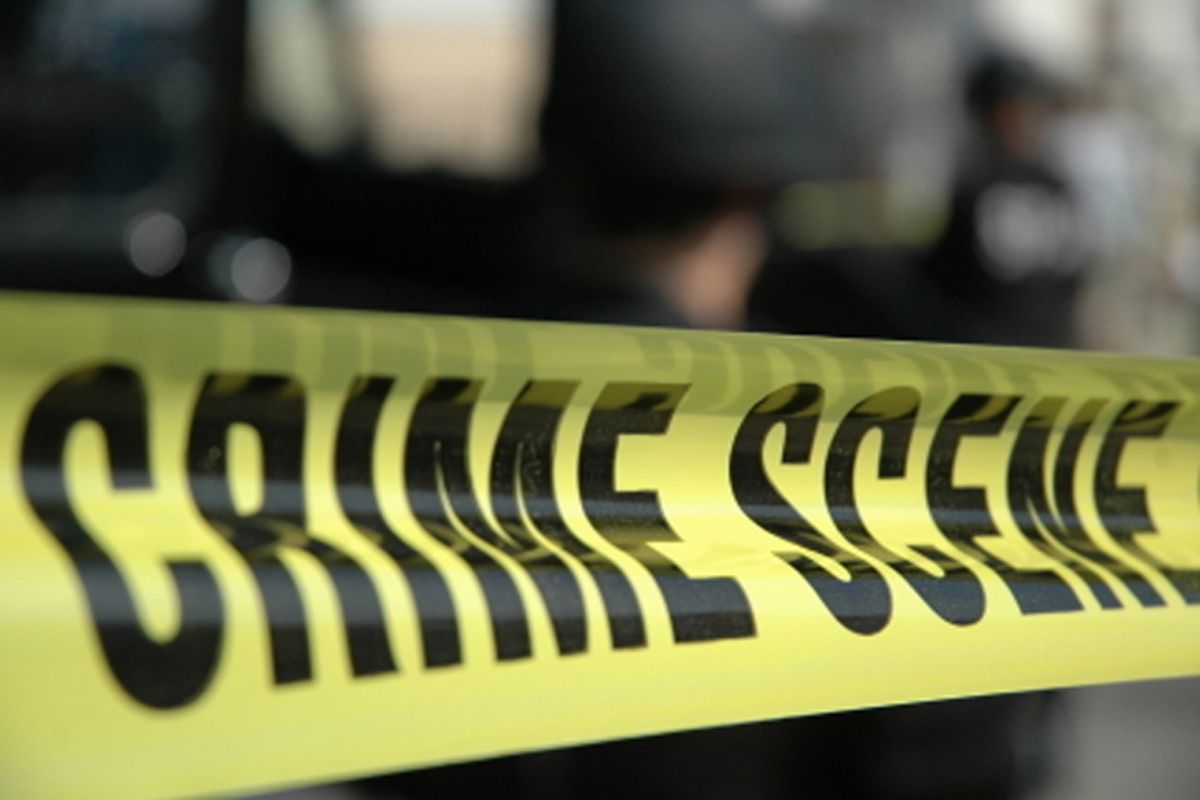 Our gentleman tour guide balanced himself expertly in the center aisle of the minivan as the driver wove expertly through downtown Las Vegas traffic. "Up ahead on your right, ladies and gentlemen, you'll see the Stratosphere -- that tall, futuristic building there that looks like a flying saucer docked on a giant sewing needle." He removed his beaver top hat and placed it on an empty upholstered seat, and ran a hand through his sugar-colored, baby-fine hair. "The Stratosphere is a popular site for suicides. In fact, Las Vegas has one of the highest suicide rates in the country. Just last year, a young man of 23 jumped to his death from the observation platform at the top, there. If you take a look at the TV screen up here, you'll see a police photo taken from the deck where the boy jumped, and showing the hole in the glass roof of the restaurant down below where his body crashed through."

Despite its lack of blood and gore, the image was chilling. It showed a dramatic drop of some 20 stories; a strangely overcast sky in the background that seemed more consistent with a rainy day over New England than an afternoon in the desert; a flat, sooty rooftop with a skylight, and a ragged-edged hole punched through the middle.

I took my eyes away from the small flat-screen video monitor mounted high on a Plexiglas panel, just behind the driver's back, where our group of eight passengers could comfortably see it. I craned my neck to look up at the dramatically lit Stratosphere, and imagined a tiny grayish speck plummeting at a surreal speed from the top. I thought briefly of the surrendering office workers jumping from the inferno of the twin towers on 9/11. And I thought, just last year. Young man of 23.

I turned my head forward again and uttered quietly to my partner Lori, "This is grim."

This wasn't what I went on ghost tours for. Wherever I traveled, I made it a point to take one of the local "haunted" tours -- usually walking tours or van tours like this one -- that led fiendish out-of-towners like me on routes through the oldest parts of the city, punctuated by tales of reclusive widows who endure in their ancestral homes long after death, and unchaste raven-haired beauties who met their ends at the hands of volatile suitors and seamen.

I went on ghost tours for the organized plodding through lopsided buildings that smelled of dried flowers, linseed oil and wool. I went for the melodrama. I went for the history, for the singular lives like secondhand books that survived in a drawer, got passed along and escaped obscurity. I went for the romance.

I didn't go to gape at cold steel and unnerving neon. There was no charm in a police photo of a shrieking puncture through glass, as there would be in a speckled tintype of a woman with dead eyes and buttery skin. I didn't want to know that somebody's son had died, that somebody's warm, peach-fuzz infant became a man in a blink and dove from the top of a Vegas hotel, leaving his mother's heart in sick suspension.

But recent, unsettling, messy death was what the Las Vegas Ghost Tour had to offer, and it made me question for the first time why I yearned for and celebrated so many unquiet human endings -- and why these dramatic anecdotes seemed so intriguing, even bittersweet, when looked at through sepia-colored lenses.

"We're about to pull over here for a moment,"  our guide announced, and he took the edge of his velveteen opera cape in his hand and threw it open to one side, tossing the fabric over his shoulder to reveal a vampiric red lining. "Now I know this doesn't look like much and you may be wondering, what's so interesting about this? There's nothing here."

He gestured toward the side of the road. An empty lot inside a chain link fence filled the background, and a gravelly strip of parched land ran parallel to the roadway. A single streetlamp flooded the area in oppressive yellow light.

"This is the very spot where rapper Tupac Shakur was gunned down in his car. It's said that a member of a rival gang pulled up alongside Tupac's car and riddled his body with bullets from a machine gun. His fans gather here on the anniversary of his murder. And if you'll look on the TV screen again, folks ..."

"...  you'll see a picture of Mr. Shakur that was taken by a fan, just seconds before he was gunned down. A young lady recognized his car, ran over and snapped his picture, and 10 seconds later the other vehicle pulled up and unleashed a torrent of bullets. Just like that, Tupac was dead."

On the monitor, a young black man peered guilelessly out of the open passenger window of a car. His skin looked smooth and dewy.

"In this next frame, you'll see Tupac's autopsy photo."

I saw the shiny metallic edge of an autopsy table, a red cavity cut into a prostrate body with cold precision.  Quickly, I averted my eyes. "Tell me when they take that off," I whispered to Lori. I looked out the window and grimaced when I saw the reflection of the TV in the night glass. I stared into my lap and waited.

We circled a shabby concrete motel where in the 1990s, a young actor hanged himself in despair. We visited a vacant park where just two months earlier, two teenage boys were found in a damp ring of bloody ground under a tree, mysteriously murdered. We were given dousing rods to "play with" as we traipsed over the yellowing lawn where the boys met their sad end. The rods spun eerily in my hands, and I whispered, "I'm so sorry about what happened to you. I hope you're in peace." At the end of the evening, we were herded into a paneled, mothball-smelling space in an aging strip mall next to the Liberace museum. A metal autopsy table like Tupac's stood at the head of the room, and a semicircle of metal folding chairs faced it.  Assembled atop the table was a squirm-worthy collection of gleaming instruments and a curling length of transparent plastic pipe. Lori and I exchanged glances, curled our lips. What the fuck? We were both sitting bolt-upright in our unwelcoming chairs. My butt was tense. My hands were twisted into a tight ball in my lap.

As the last of our group settled in, our tour guide stood behind the rolling metal table and addressed us. "My boss thought it would be interesting for you to end the tour with a lecture on embalming," he said with a folksy laugh. "You see, I trained as an undertaker early in my career, and embalming is actually quite fascinating. Now, after the lecture if you have any questions, well, you just fire away."

At that, he put his hands on a large slab of white cardboard I hadn't noticed before, and flipped open its sides. It was a tri-fold display of dead bodies, some in the midst of autopsy.

It wasn't the thought of my own blood rushing through that thick, macabre hose that made me fidget. It was the thought of Lori, the person I love most in the world, getting pumped full of chemicals; the warm blush of her skin turned ice cold. It was imagining her physical person, whose idiosyncratic gestures and way of filling space I so adored, belittled by cruel death to a mere hunk of meat. I tried not to hear the lecture. I tried not to look at his display. I didn't raise my hand to ask any questions at the end, and neither did anyone else. The weird-smelling little space with its harsh fluorescent lighting was dead silent.

Why do tragedy, depravity and death hold so much titillating appeal when they happened so long ago? Why is last year's suicide so stomach-turning, but the brutal ax murder of Lizzie Borden's father in a well appointed, turn-of-the-century Massachusetts parlor so juicy?  I wonder if, in a hundred years, they'll sell refrigerator magnets showing Tupac Shakur's autopsy photos. I bought a hatchet-shaped cookie cutter at the Lizzie Borden museum.

I guess death, like any tragedy, loses its horror as it stretches into the distant past. When it's at a "safe distance." And death that happened long ago with its watch fobs and tooth powder, bustles and button-up boots, doesn't seem as ugly as a coil of transparent hose gurgling with acrid chemicals or thickening blood. But much as we want to keep death at a safe distance -- to study and learn from it and even laugh at it -- none of us can avoid it forever.

Kim Brittingham is the author of the book "READ MY HIPS: How I Learned to Love My Boy, Ditch Dieting and Live Large."