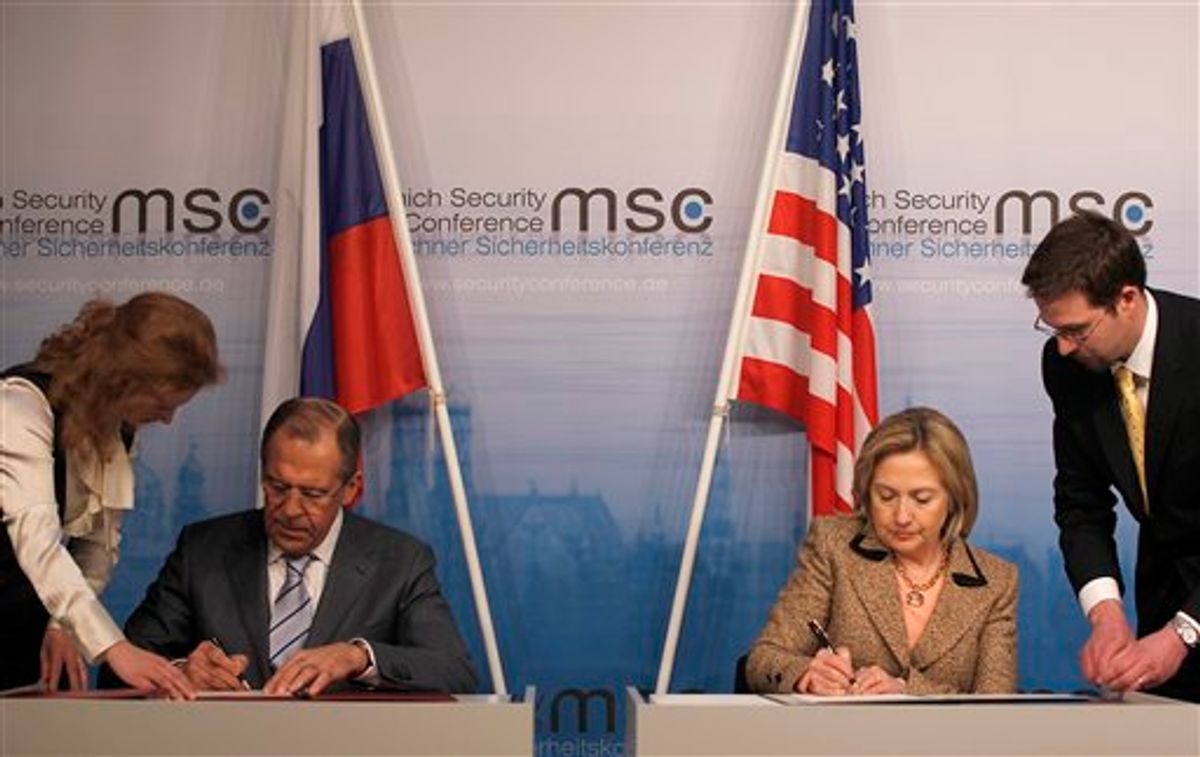 Russia's deputy foreign minister is reported as saying the development of the U.S. missile shield may force Moscow to review its participation in a landmark U.S.-Russian nuclear arms treaty.

Russia news agencies quote Sergei Ryabkov warning that a "qualitative and quantitative" buildup in the U.S. missile defense capability would prompt Moscow to consider whether it should abide by the New START treaty. Moscow has made similar warnings in the past.

The New START took effect last week. It limits each country to 1,550 strategic warheads, down from the current ceiling of 2,200.

NATO has approved a plan for a U.S.-led missile shield in Europe and invited Russia to join.