Frank Wisner, Obama's envoy to Egypt, has not worked for the Mubarak regime, says his law firm, Patton Boggs 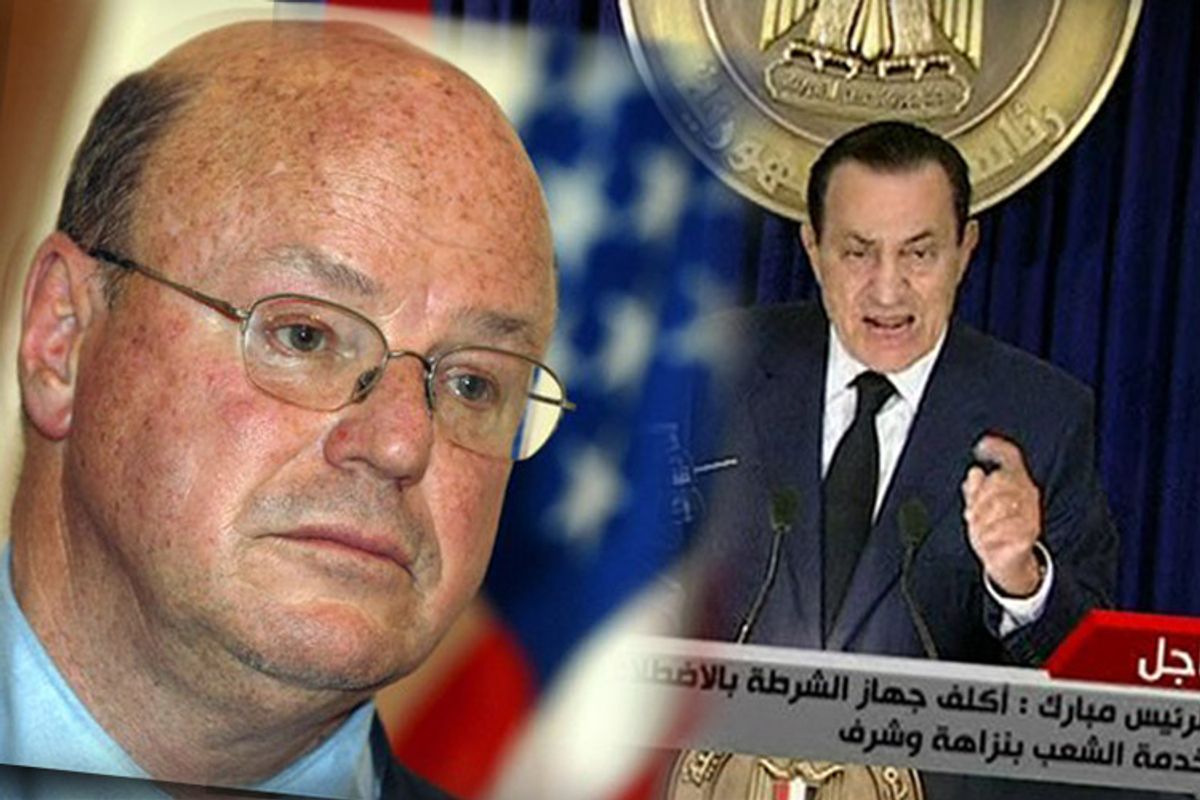 The law firm of Frank Wisner, who was the Obama administration's special envoy to Egpyt last week, is denying that Wisner ever worked for the Egyptian government, which has been a client of the firm, Patton Boggs.

The denial comes after journalist Robert Fisk, writing in the UK Independent, accused Wisner of a conflict of interest because Patton Boggs has, according to its website, worked for the "the Egyptian military, the Egyptian Economic Development Agency, and has handled arbitrations and litigation on the [Mubarak] government's behalf in Europe and the US."

But Ed Newberry, managing partner at Patton Boggs, told Salon today that the firm "represented the Egyptian government in the past -- in the mid-1990s." He said the firm also handled "a very small legal matter" for the Egyptian embassy in Washington last year, but that Wisner did not work on that case. Newberry said that matter generated fees of less than $10,000.

Wisner, a former ambassador to Egypt, joined Patton Boggs as a "foreign affairs advisor" in February 2009. His bio at the firm says he "[leverages] his vast experience in the Middle East, India, Europe, and Asia to assist the firm's domestic and international clients." He was sent by the Obama administration to Cairo last week as the showdown between pro-democracy protesters and the regime of Hosni Mubarak intensified.

Wisner made headlines over the weekend when he told the Munich Security Conference that he believed Mubarak should stay in office. "I ... believe that President Mubarak's continued leadership is critical," he said. Secretary of State Hillary Clinton later disavowed that Wisner was speaking for the U.S. government.

Press reports indicate that Mubarak is an "old friend" of Wisner, and that Wisner has made comments supporting the regime in the face of criticism in the past.

Gawker's John Cook also points out that Patton Boggs has lobbied for an ally of the Mubarak regime as recently as 2007.