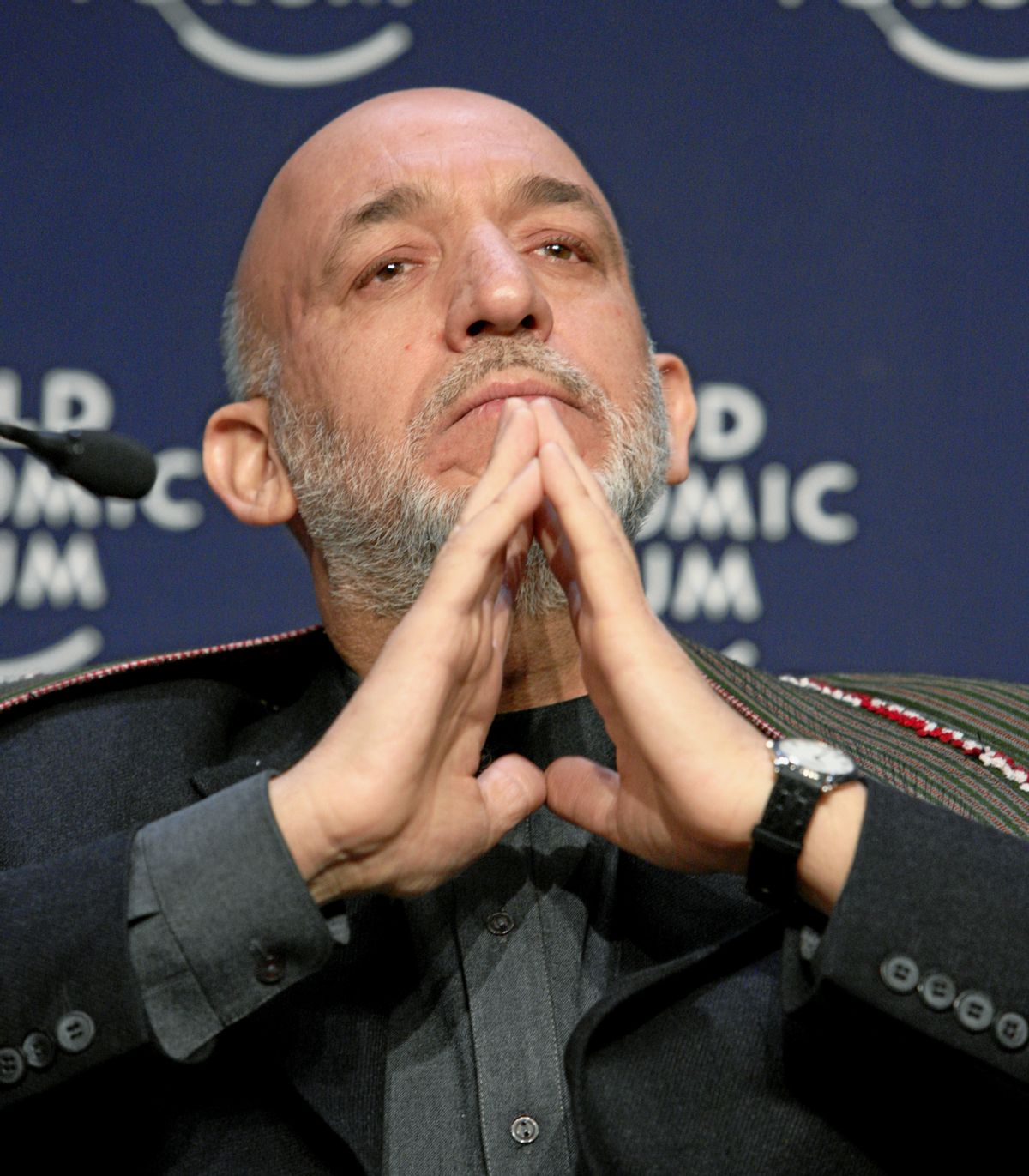 Afghans at the scene of an explosion in downtown of Kabul, Afghanistan on Tuesday, Feb. 8, 2011. Afghan police say a bomb has exploded in a crowded intersection in downtown Kabul but there were no reports that anyone was killed. (AP Photo/Musadeq Sadeq)
--

Afghanistan's president pushed his case for greater sovereignty, saying he wants international bases that run reconstruction and development programs to shut down as Afghan forces start to take the lead in securing the country.

The announcement is the latest attempt by President Hamid Karzai to assert his power in the face of Western allies, following efforts to curtail the reach of private security companies and limit the visibility and intensity of U.S.-led military operations.

He has repeatedly criticized the so-called provincial reconstruction teams, or PRTs, for undermining the Afghan central government by offering alternative sources of funding and public works.

Karzai's comments appeared to set a timetable for their dissolution fairly soon.

The Afghan government has pledged to take over security gradually, on a province by province basis, starting this year with the goal of overseeing the entire country by 2014. Karzai plans to announce the first provinces that will shift to Afghan oversight next month.

He said Tuesday he wants the development bases to close as part of the transition in order to eliminate "parallel" government structures.

"The Afghans want to have a government of their own. The Afghans don't want a government from abroad," Karzai told reporters in Kabul. "The transition means giving the whole thing to Afghan ownership and leadership. Naturally then the PRTs will have no place."

Afghanistan's international allies have said they will continue development programs well past the security transitions. It was not clear if the country's 27 provincial reconstruction teams were included in this plan.

The PRTs are joint military-civilian organizations that are designed to help Kabul provide services, such as digging wells and fixing roads, outside of the capital where the central government's reach is limited. PRTs rely on foreign assistance because funds often don't trickle down from the national government.

Closing the bases could make it more difficult for aid donors to bypass the central government's top-heavy bureaucracy in Kabul, where deep-seated corruption remains a significant problem despite Karzai's repeated pledges to tackle the graft.

A NATO spokeswoman in Afghanistan declined to address the issue of the provincial reconstruction teams, saying it is too early to discuss specifics of how the handover to Afghan control will happen. Maj. Sunset Belinsky described the transition as "a conditions-based process."

An official at the coalition's headquarters in Brussels was more forthcoming.

"We support President Karzai's aim that more international funding be channeled through the Afghan government as agreed at the Kabul conference last July," said the NATO official, who could not be named under standing rules. "As transition to Afghan lead gets under way, NATO will also start to evolve the PRTs to a more traditional development support role."

Hours after Karzai spoke, a bomb authorities said was attached to a parked traffic police car exploded mid-afternoon in a busy downtown intersection in the capital, causing only light injuries.

The multinational force said one of the Taliban leaders arrested in the raid in Kandahar's Panjwai district coordinated attacks on Afghan and coalition forces in the nearby Zhari district. The other is believed to have served as a district Taliban chief for the past three months, NATO said.

NATO separately said two of its service members were killed when homemade bombs exploded in the country's south. It didn't say where exactly the separate blasts occurred. The service members' nationalities were not released.

Eight service members with the international coalition have been killed so far this month, and 39 since the start of the year.

Last year was the deadliest of the nearly decade-long war for international troops, with more than 700 killed, compared to just more than 500 in 2009, which was previously the worst year of the war.