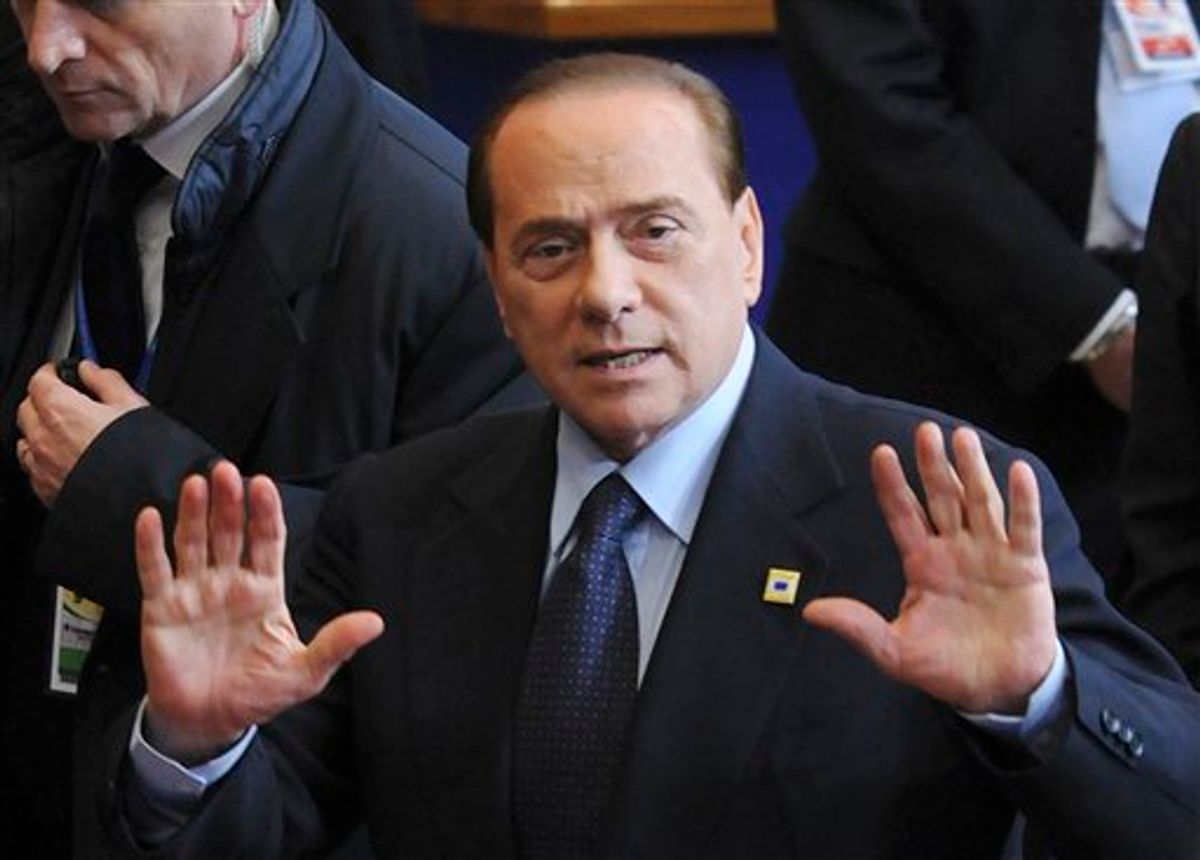 Italy's Prime Minister Silvio Berlusconi motions to the media as he leaves an EU summit in Brussels, Friday, Feb. 4, 2011. EU leaders meet for a one-day summit on Friday, with energy, the eurozone debt crisis and unrest in Egypt set to dominate the agenda. (AP Photo/Thierry Charlier) (AP)
--

Prosecutors say they will request a trial against Premier Silvio Berlusconi over accusations he paid for sex with a 17-year-old girl and then used his influence to intervene on her behalf.

Prosecutor Edmondo Bruti Liberati said Tuesday he would deposit the request with the Milan court Wednesday when he would decide whether to seek trial on both accusations simultaneously.

Prosecutors allege Berlusconi paid for sex with a Moroccan girl, then phoned police on her behalf when she was detained for an alleged theft.

Berlusconi has denied the accusations and accused the prosecutors of seeking to drive him from office. The woman, who is now 18, has said they never had sex, though she says he gave her euro7,000 ($9,400).