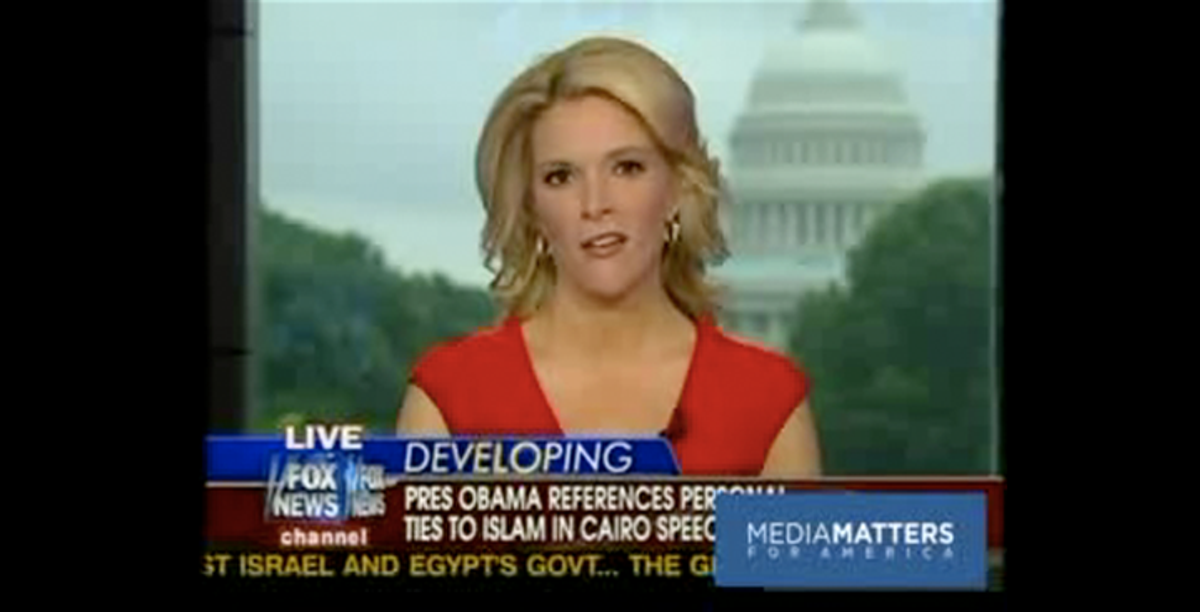 Right after Barack Obama finished his well-received 2009 speech in Cairo, Fox News Washington managing editor Bill Sammon did a quick word search on the president's prepared remarks. When he didn't specifically see the words "terror" or "terrorism" or "terrorist," Sammon decided that the president was soft on terror, and his interpretation was immediately repeated on Fox, over and over again, on the "objective" news shows.

This is the e-mail he sent on the subject:

Of course, Obama had mentioned 9/11, and al-Qaida, and "violent extremists who pose a grave threat to our security." But he didn't use the specific word that Sammon wanted him to use -- Obama did not stand before the crowd and say "you terrorism-loving terrorists!!" -- and so Megyn Kelly was free to say that one thing the president "did not talk a lot about was terror."

Actually, Sammon's entire response to the speech on Megyn Kelly's show was pretty hilarious, for the "managing editor" of the "news side" of the Fox operation.

Bret Baier, later that day: "The address from Cairo, Egypt, featured references to both the 9-11 attacks and the war in Iraq, but did not use the words 'terror,' 'terrorist,' or 'terrorism.'" And later in the same show: "It lasted a little over 55 minutes, was 6,000 words. Words that you did not hear in the speech -- 'terror,' 'terrorist,' or 'terrorism' -- although the president did talk about the 9-11 attacks and a lot of other topics."

Even Karl Rove and Marc Thiessen got in the act. And the following morning, attack poodle Steve Doocy dutifully repeated the misleading meme that his boss had created the night before, with a simple all-staff e-mail.

Media Matters has been reprinting a lot of delightful Bill Sammon memos recently, and if anyone at that channel was capable of embarrassment, I bet Sammon's job would be in trouble. But with increasingly unhinged Roger Ailes in charge, I bet each leak just makes Sammon more powerful.