Now we know Palin has no chance in '12

Bill Kristol -- the man who first discovered her -- turns on her. This may well spell her political end 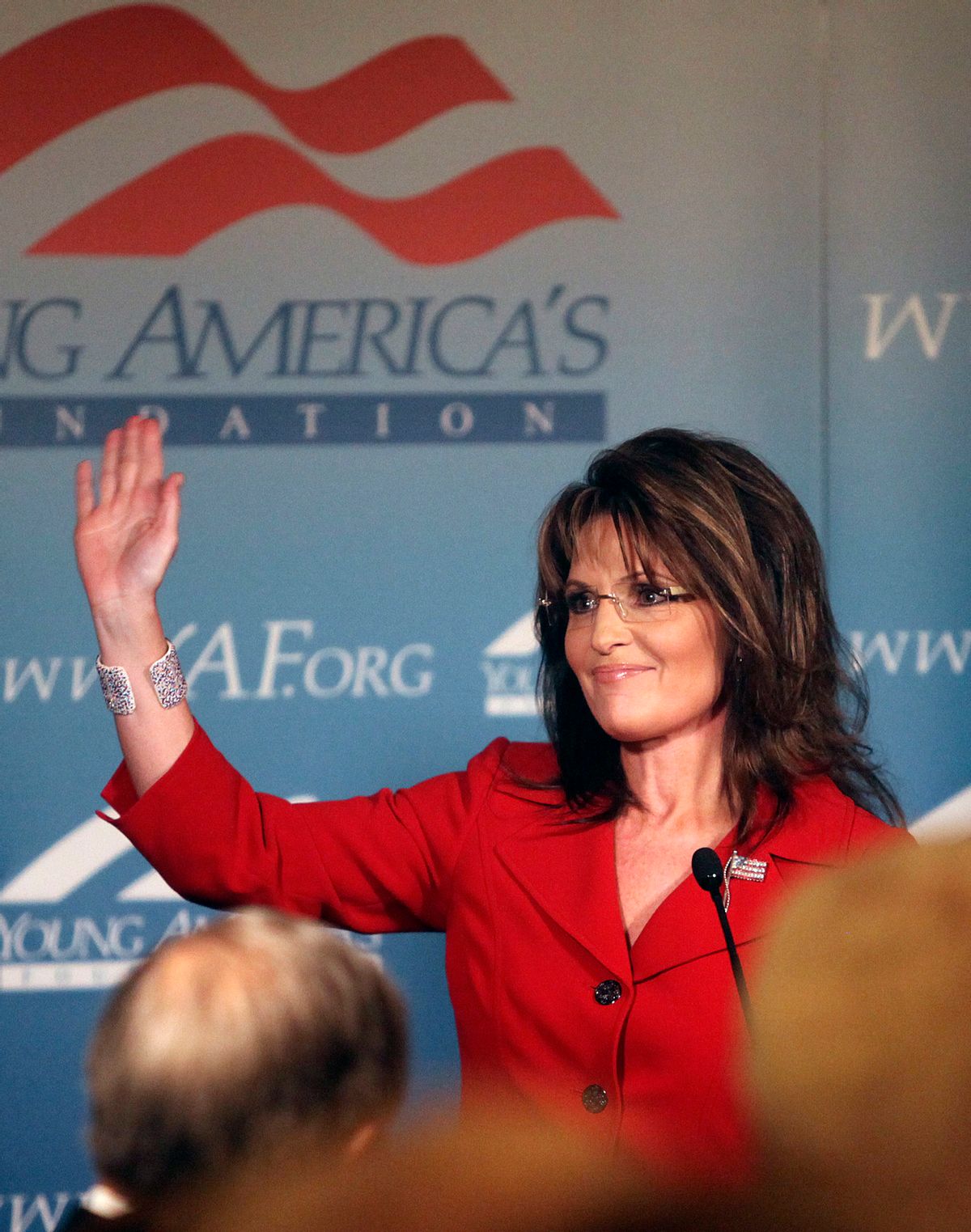 Bill Kristol, the influential Weekly Standard editor, is a famously opportunistic pundit. So it's very bad news for Sarah Palin that even Kristol appears to have given up on a Palin presidential campaign this year.

Kristol went out of his way on MSNBC this morning to express disappointment with Palin, a striking shift for a man who has been Palin's most prominent champion in the press since he met her on a cruise in Alaska in 2007.

"I have a high regard for Sarah Palin, but I will say I've been disappointed since she resigned as governor," Kristol said on "Morning Joe." "I thought she had a real chance to take the lead on a few policy issues, do a little more in terms of framing the policy agenda. I don't think she's done that. But she's a shrewd woman and I wouldn't underestimate her." Here is the clip:

By voicing criticism, Kristol is throwing in his lot with a growing group of conservative pundits (documented here) who have expressed skepticism about Palin and her potential as a serious presidential candidate. In late October, for example, Karl Rove said he had doubts about Palin's gravitas. “With all due candor, appearing on your own reality show on the Discovery Channel, I am not certain how that fits in the American calculus of 'that helps me see you in the Oval Office,'" Rove said.

In particular, Kristol is echoing a point made by columnist Charles Krauthammer on Fox in mid-December about Palin's post-2008 career. "Now, I would have hoped that she would spend the next years sort of getting really deep into policy and becoming an expert the way a lot of other candidates have done as they mature and approach the presidency. She hasn't," Krauthammer said.

Kristol is well aware that Palin's stock has taken some significant hits in recent months. In December, there was a devastating poll showing support for a Palin presidential bid had dropped 20 points, to 49 percent, since December 2008. Then, in January, there was the mass shooting in Tucson, Ariz., that turned into a political fiasco for Palin, both because the media seized on her now-infamous cross-hairs map and because of her widely panned video response to the tragedy.

Kristol is, if anything, late to the Palin-skeptic view. That makes sense in the context of his long relationship with Palin, which goes back to a 2007 Weekly Standard fundraising cruise in Alaska. Kristol became instantly enamored with the then-Alaska governor, the New Yorker reported. The Weekly Standard quickly gave her a big boost with a friendly national profile in the summer of 2007. By June 2008, Kristol was publicly predicting that John McCain would select Palin as his running mate, two months before McCain did just that.

At the end of the disastrous 2008 campaign, with pro-McCain and pro-Palin camps already emerging within the Republican ticket, Kristol was squarely in Palin's corner. No praise was too extravagant. Before the results were in on Election Day, Kristol was on Fox touting Palin's political future. "She reminds me a lot of FDR," he said. Michael Goldfarb, one of Kristol's writers at the Weekly Standard, went on to become one of Palin's press aides.

Kristol has written warmly about Palin as recently as the second half of 2010. In August he gushed that she attended an event observing the Jewish Sabbath. In September, he praised her speech at Glenn Beck's rally in Washington. That same month, he offered Palin's name as a top-three presidential contender, calling her "impressive."

It's the history between Kristol and Palin that makes his remarks this morning -- on hated MSNBC, no less -- so striking. As a matter of realpolitik, Kristol's criticism of Palin makes more and more sense. New polls out this week show President Obama beating Palin in two states that McCain won in 2008.