How Reaganism actually started with Carter 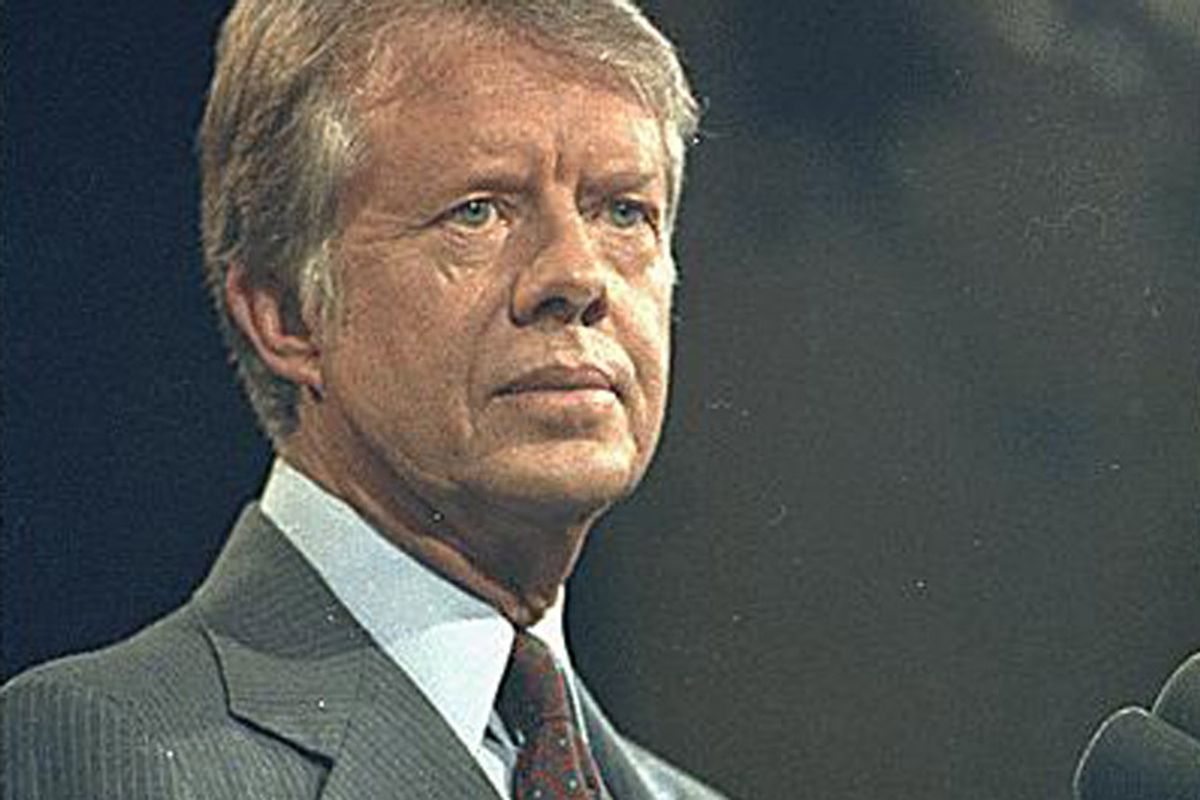 The hundredth anniversary of Ronald Reagan's birth has produced disagreement over his policies among conservatives and liberals, but agreement on one point: Reagan's presidency marked the end of one era in American politics and the beginning of a new one. An epochal shift indeed took place -- but it happened in 1976, not 1980. The Age of Reagan should be called the Age of Carter, in politics and policy alike.

In politics, both Carter and Reagan sought to exploit the "white backlash" in the aftermath of the civil rights revolution that had led many white Southerners and white Northern "ethnics" to defect from the Democrats to support third-party populist candidate George Wallace. Reagan did so by beginning his general election campaign in 1980 in Neshoba County, Miss., where white supremacists had recently fire-bombed a black church and had earlier murdered three Northern civil rights activists, Andrew Goodman, Michael Schwerner, and James Chaney. In a thinly disguised appeal to white Southern racism, Reagan declared, "I believe in states' rights."

Jimmy Carter used similar coded language in fishing for votes from white ethnics in the North who objected to blacks moving into their neighborhoods. In an interview with the New York Daily News in April 1976, Carter said: "I see nothing wrong with ethnic purity being maintained. I would not force a racial integration of a neighborhood by government action." A few days later, questioned about this remark, Carter elaborated: "What I say is that the government ought not to take as a major purpose the intrusion of alien groups into a neighborhood simply to establish their intrusion." Jesse Jackson called this "a throwback to Hitlerian racism." Carter not only won a majority of the Southern vote but also did well among white ethnics. (The quotes are from Steven F. Hayward's "The Real Jimmy Carter.")

The opportunistic race-baiting of Reagan and Carter was similar to that of the assassinated liberal icon Robert F. Kennedy Jr., who in a May 31, 1968, California television debate with Eugene McCarthy, his rival for the Democratic presidential nomination, said in response to McCarthy's support for public housing: "You say you are going to take ten thousand black people and move them into Orange County? It is just going to be catastrophic."

In foreign policy, Carter attacked the Nixon-Ford administration from the right, in the same way that John F. Kennedy in 1960 had accused Eisenhower and Nixon of being soft on the Soviets. Like Reagan, Carter rejected the coldblooded realpolitik of Nixon and Kissinger and insisted that foreign policy had to be based on the promotion of human rights and democracy. Many hawkish neoconservative Democrats hoped that Carter would be their standard-bearer. When President Gerald Ford asserted that Yugoslavia, Romania and Poland were not "dominated" by the Soviet Union in a presidential debate, Carter used Ford's statement to portray himself as the anti-Soviet hard-liner in the presidential race.

It was Carter, not Reagan, who brought the religious right into national politics. Even though they turned against him later, Carter won the Southern evangelical vote in 1976 by advertising himself as a born-again Christian. Like Reagan later, Carter, the folksy farmer and veteran from Plains, Ga., appealed to the nostalgia of white Americans in the 1970s for a simpler, more rural, more traditional society.

Carter, not Reagan, pioneered the role of the fiscally conservative governor who runs against the mess in Washington, promising to shrink the bureaucracy and balance the budget. Early in his administration, Carter was praised by some on the right for his economic conservatism. Ronald Reagan even wrote a newspaper column titled "Give Carter a Chance." The most conservative Democrat in the White House since Grover Cleveland, Carter fought most of his battles with Democratic liberals, not Republican conservatives.

Carter, not Reagan, presided over the dismantling of the New Deal regulatory system in airlines, railroads and trucking. Intended to reduce inflation by reducing the costs of essential infrastructure to business, Carter's market-oriented reforms have backfired, producing constant bankruptcies and predatory hub-and-spoke monopolies in the airline industry, an oligopolistic private railroad industry that has abandoned passenger rail for freight, and underpaid, overworked truckers.

Today's Democrats would like to forget that supply-side economics was embraced by many members of their own party during the Carter years, while it was resisted by many old-fashioned fiscal conservatives in the GOP. As the economist Bruce Bartlett points out in a history of supply-side economics: "By 1980, the JEC" -- Joint Economic Committee of Congress -- "was a full-blown advocate of supply-side economics, despite having a majority of liberal Democrats, such as Senators Edward Kennedy (D-MA) and George McGovern (D-SD). Its annual report that year was entitled, 'Plugging in the Supply Side.""

According to the chairman of the JEC, Sen. Lloyd Bentsen, who went on to be President Clinton's secretary of the Treasury, "The 1980 annual report signals the start of a new era of economic thinking. The past has been dominated by economists who focused almost exclusively on the demand side of the economy ... [T]he Committee recommends a comprehensive set of policies designed to enhance the productive side, the supply side of the economy."

The chairman of the Federal Reserve arguably has more influence over the economy than Congresses or presidents. Fed Chairman Paul Volcker fought the raging inflation of the 1970s by hiking interest rates sharply, deliberately causing the worst American recession between the Great Depression and today's Great Recession. He then encouraged a boom by lowering rates. Volcker was appointed in 1979 by Carter and reappointed in 1983 by Reagan.

The "Carter doctrine," which formally made the Persian Gulf a vital interest of the United States, began the transition from the Cold War focus on Europe and East Asia, where the U.S. had fought in Korea and Vietnam, to the Greater Middle East, where the U.S. since Carter has fought five wars -- Bosnia, Kosovo, two wars in Iraq, and Afghanistan -- as well as numerous minor conflicts like the intervention in Somalia.

While Carter and Reagan disagreed on many things, they shared the neoliberal consensus that continues to provide the common assumptions for presidents of our own day like George W. Bush and Barack Obama. The New Deal consensus, which lasted from the 1940s until the 1970s, included "Modern Republicans" like Eisenhower, Nixon and Ford. Gerald Ford was the last New Deal president and Jimmy Carter was the first neoliberal president. The Great Recession has discredited much of the neoliberal consensus, but no alternative has yet won wide assent among policymakers and thinkers.

Even if Ronald Reagan had not been born a century ago, there would have been some other president in the same era with plain-folks mannerisms who appealed to nostalgia for a simpler past on the part of American voters who were upset by racial and cultural transformations; who posed as a plain-speaking outsider who could rescue Americans from the Washington insiders implicated in scandals like Watergate; who would promise to cut bloated government budgets and free the market from the allegedly suffocating constraints of New Deal era regulation; who would bring morality back to foreign policy and respond forcefully to the perceived aggression of the Soviet Union. A president, in other words, like Jimmy Carter.