Proof Obama is not caving on regulation: The EPA 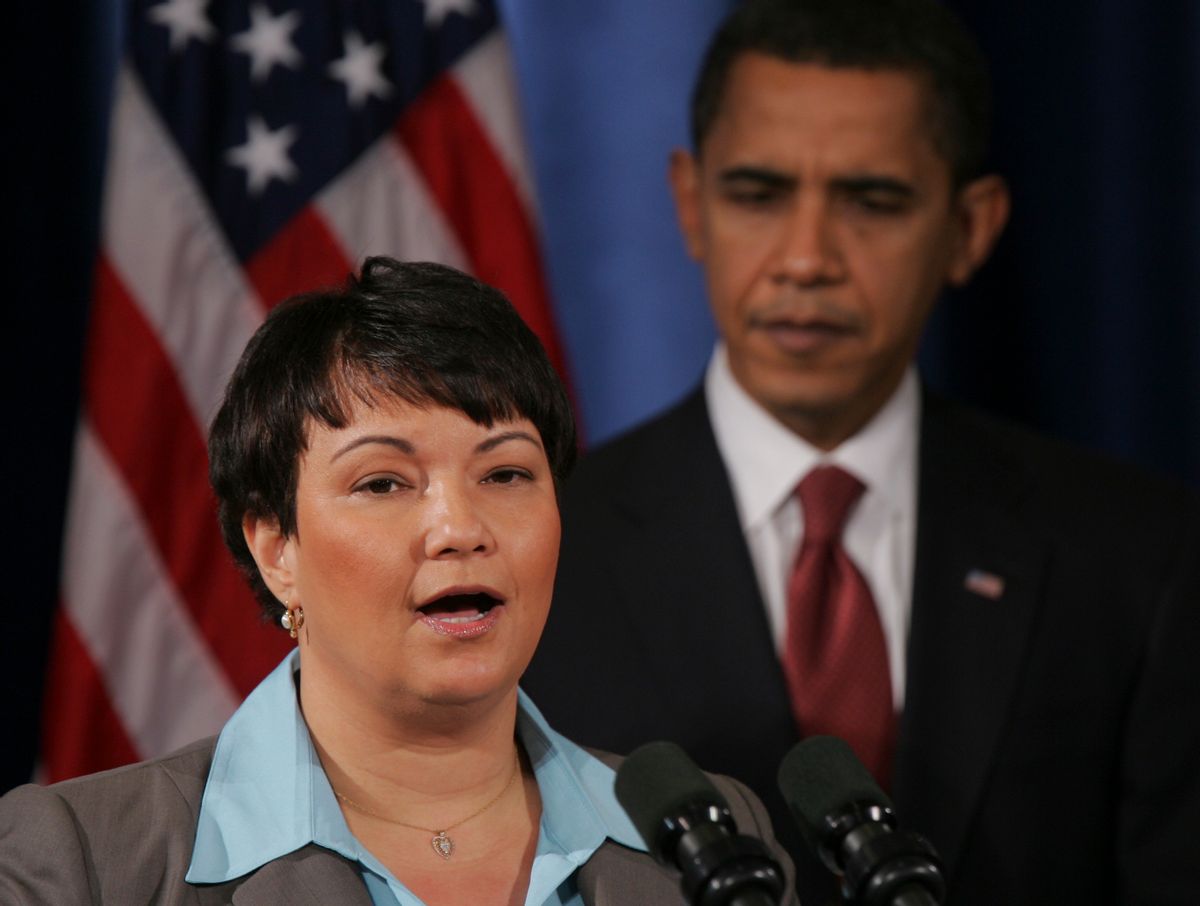 Never mind healthcare or bank reform. The prospect that President Obama might gut environmental protection while eliminating unnecessary "burdensome" regulations is where some liberals get most nervous. The president put very little effort into getting any climate legislation passed, leading environmentalists to wonder: Does he actually care?

On the surface, the concern is justified. House Republicans have made the crusade to cripple the EPA's ability to enforce limits on greenhouse gas emissions a top priority. Last week, Rep. Fred Upton, R-Mich., the chairman of the House Energy and Commerce Committee, and Sen. James Inhofe, R-Okla., announced plans to introduce legislation that would explicitly prohibit the EPA from considering "greenhouse gases" a pollutant under the terms of the Clean Air Act. Sen. Jay Rockefeller, a West Virginian Democrat, recently reintroduced a bill that would delay any EPA greenhouse gas limit enforcement for two years.

In response, the White House has been quiet. The president did not mention the words "climate change" in either his State of the Union speech or his address to the Chamber of Commerce. Quite the opposite: His only reference to the EPA at the Chamber was to cite a decision by the agency to delay, for three years, the setting of any limits for greenhouse gases generated from the burning of biomass, as an example of how accommodating his administration was willing to be on the regulatory front.

I'm guessing Obama included that line because he or his advisers thought it would go over well with Chamber conservatives. But by pointing out an instance of EPA inaction, the president carefully avoided dwelling on the fact that the agency has already taken the much more significant step of beginning the process of regulating greenhouse gas emissions at power plants, oil refineries, and other major sources of greenhouse gas emissions. As of Jan. 2, the EPA is requiring that the operators of new, or substantially modified, facilities must get permits that will limit their future greenhouse gas emissions and require upgraded technology.

In other words, it's already happening. The pace is excruciatingly slow, and there are legal challenges that must be parried every every step of the way, and both states and plant operators have a lot of leeway in how to deal with the proposed changes, but the machinery of greenhouse gas regulation is proceeding. And this is entirely due to the fact that the current occupant of the White House is a Democrat who appointed a strong director -- Lisa Jackson -- to run the EPA.

It's worth noting how entirely contingent this entire chain of events is on raw political power. A 5-4 Supreme Court majority is a slender thread -- one more George W. Bush appointee, and the decision would undoubtedly have gone the other way. Similarly, a Republican EPA would have been most unlikely to determine that greenhouse gases are a threat to public health, since the current prevailing wisdom the Republican party is that the world is not warming because of greenhouse gas emissions.

The Republican drive to rewrite the Clean Air Act so as to make the Supreme Court's ruling irrelevant and shackle the EPA is just the latest skirmish in this primal battle, but all the hollering about job-killing regulations should not obscure the fact that the EPA is proceeding according to plan. The steady rollout of guidelines and standards will not be easy to stop. So far, the courts have generally upheld the EPA's authority -- Texas is 0-3 in legal challenges -- and even if Republicans do manage to get some EPA-killing legislation through the Senate, they'd still face the likelihood of a presidential veto.

Slate's tireless political reporter/blogger David Weigel had the same impression of Obama's speech to the Chamber that I did earlier today -- the president made no concessions and signaled no real shift in policy. He defended his signature legislation, which the Chamber opposed, and even as he made rhetorical gestures on regulatory policy, his EPA is hard at work enforcing limits on greenhouse gas emissions. Environmentalists who want the EPA to continue doing so should be thinking hard about how to re-elect Obama, because if a Republican moves into the White House, it will all come to a screeching halt, again.