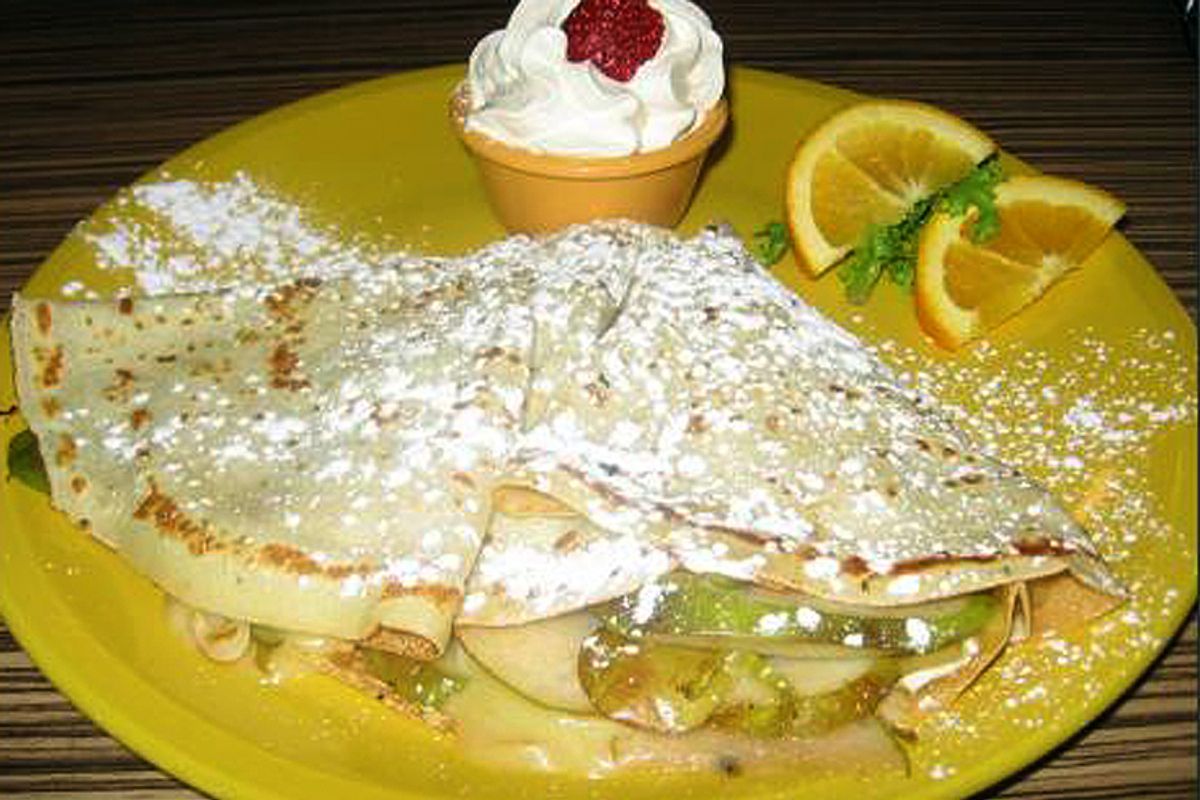 Yogurt has been the soul food in my Turkish family ever since I can remember, but we consumed it in its most modest form: plain. It was a topping for eggplants fried in olive oil, or a refreshing accompaniment with cucumbers and garlic or stuffed bell peppers and grape leaves. Grilled meats or spinach-filled phyllo would be considered incomplete without a side dish of plain yogurt, or mixed with chopped cucumbers and mint. Occasionally we'd be adventurous and spike its flavor with minced garlic, a dash of salt and chopped fresh mint to serve with summer vegetables -- green beans, eggplants, bell peppers or zucchini.

But yogurt's history is one full of adventure. According to "A History of Food" by Maguelonne Toussaint-Samat, Ottoman Emperor Sultan Süleyman introduced yogurt to France's ailing King François I in 1542. After the health of the French king improved, the Ottoman envoy returned home taking the secret of yogurt making back with them, "and yogurt was forgotten for nearly four centuries."

In the New York Times Food Encyclopedia, Craig Claiborne writes that yogurt "first gained international prominence in the early 1900s when Ilya Metchnikov, a Russian bacteriologist, observed that the lifespan of Bulgarians, whose diet included the consumption of large quantities of soured milk, was 87 years and beyond."

But it wasn't until 1940 that yogurt would really catch on in the United States, when Daniel Carasso and Juan Metzger started selling yogurt out of a factory in the Bronx, N.Y. They called their product Dannon.

Today, the culinary and nutritional value of yogurt is acclaimed worldwide. Yogurt is more than a fruit-flavored light dessert or a healthy smoothie base. It enhances soups, marinates meats, dresses salads, moistens pancakes and replaces fatty creams in many recipes.

I was beside myself with joy when I recently saw ayran (i-run), on the dairy shelves of some Middle Eastern markets. Ayran is a Turkish yogurt drink that refreshes the thirst of many during sizzling Anatolian summers. You can make it easily at home by stirring two parts yogurt to three parts of ice-cold water and a good pinch of salt. Served with extra ice, it's not only a healthy, thirst-quenching drink that is also an antidote against sunstroke, but I prefer it to a cold beer when grilled meat or a spicy dish is on the menu.

Strained yogurt, known as Süzme yogurt in Turkey -- or Labneh in other Middle Eastern countries -- is another product gaining in popularity, replacing cream cheese on bagels and toast or traditional cheesecake recipes in low-fat versions. I remember Babacim turning his homemade yogurt into a cheesecloth-lined sieve set over a large ceramic bowl, placing a dinner plate on top and leaving it in the fridge overnight. By next morning we'd have a thick, creamy spread for our bread.

Whenever I was on antibiotics, I was given yogurt. As a child, I never questioned the explanation that it would protect me against bacteria. Now I know that antibiotics kill not only the bad, but also some of the beneficial bacteria in the intestines. Lactobacillus acidophilus, the active culture in yogurt, helps replenish those friendly bugs.

Aside from its gastronomical and medicinal virtues, yogurt has its practical uses. Some sources claim that two servings a day clears canker sores, while others advise spreading yogurt on the skin and waiting 20 minutes before rinsing it off with lukewarm water to soothe the pain of sunburn, cleanse the skin and tighten up pores.

But I'd rather eat yogurt than wear it.

Although many varieties and flavors fill the market, I prefer low-fat, plain yogurt containing active and living cultures. This gives me a base that I can turn into yogurt cheese and healthy drinks, or incorporate into salad dressings, sauces or baking. Whether it's eaten plain, served with fruits, drunk as a smoothie or baked into a whole grain muffin, I could not imagine a day without yogurt.

I have been making cakes and pancakes with yogurt instead of buttermilk for years. Below is a crepe recipe in which I used yogurt both in the batter and as a main part of its filling.