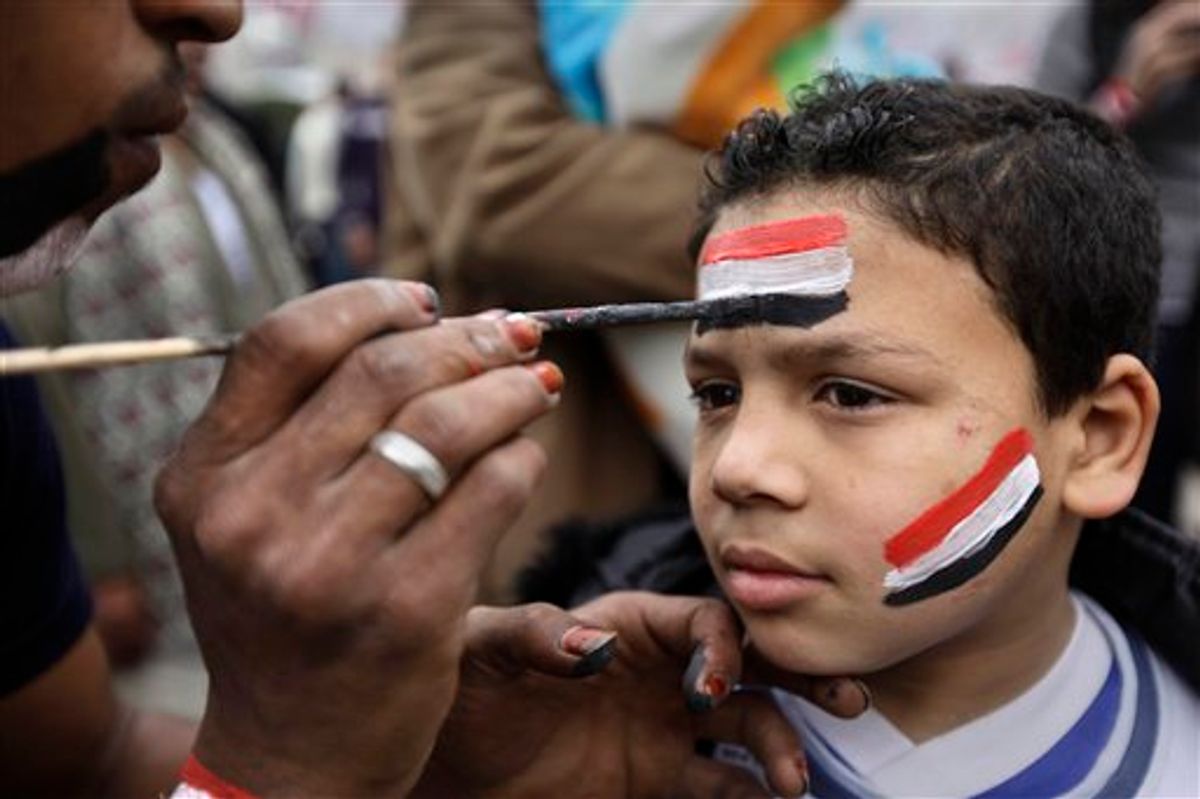 A young anti-government protester has his face painted in the colors of the Egyptian flag at the continuing protest in Tahrir Square in downtown Cairo, Egypt, Monday, Feb. 7, 2011. Egypt's embattled regime announced Monday a 15 percent raise for government employees in an attempt to shore up its base and defuse popular anger but the gestures so far have done little to persuade the tens of thousands of protesters occupying Tahrir Square to end their two-week long protest, leaving the two sides in an uneasy stalemate. (AP Photo/Ben Curtis) (AP)
--

Gallup is out with a new national poll on Americans' views of the pro-democracy protests in Egypt. The results show that fear-mongering by some in the media about a post-Mubarak Egypt has apparently not taken hold, with huge majorities expressing sympathy for the protesters:

Overall, are you sympathetic or unsympathetic to the protestors in Egypt who have called for a change in the government?

So 82 percent of Americans are sympathetic to the protesters. Among those who are "following the situation in Egypt very or somewhat closely," that number actually goes up slightly, to 87 percent. The irony here, of course, is that Americans are on the side of protesters fighting a regime that the U.S. government has been propping up for decades.

And it's an open question whether public opinion in the U.S. will have an impact on the Obama administration's Egypt policy, which has notably shifted in the past few days away from calls for immediate change.