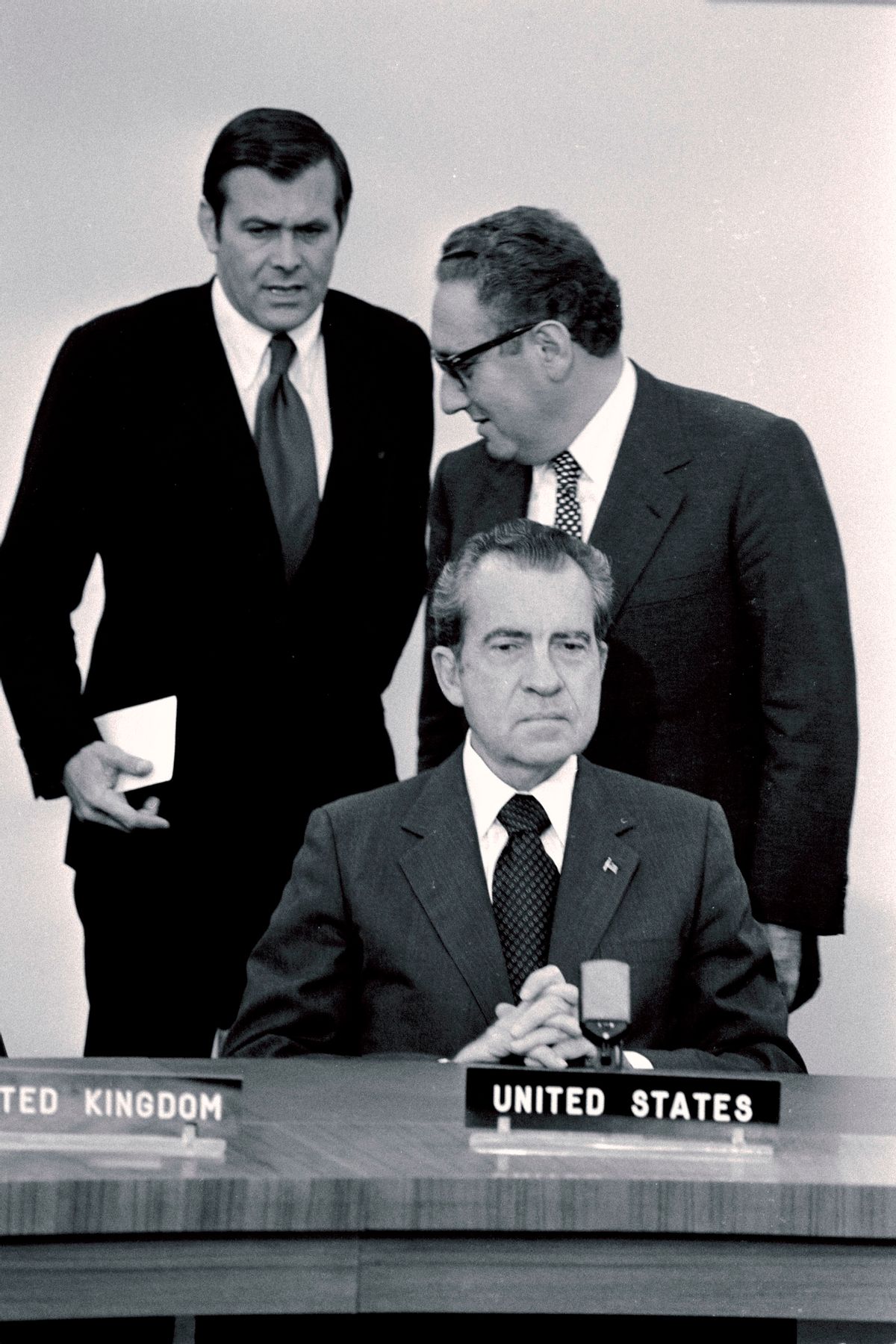 Donald Rumsfeld is promoting his upcoming memoir with a document dump, which is actually a pretty great idea. The documents he's released at Rumsfeld.com aren't even limited to his tenure in the Bush administration -- they go back to his time in Congress, and then his work for Presidents Richard Nixon and Gerald Ford. Rumsfeld's detailed report from a November 8, 1972 cabinet meeting is incredible. In great detail, Rumsfeld summarizes a classic, rambling Nixon monologue, performed the day after Nixon's landslide reelection.

"Rambling" does not even do it justice, actually. Highlights:

And right after promising massive layoffs ("for future reference he wanted them to know that it would be very tough to hold on to any Presidential appointee who was in office when the President was sworn in office on January 20, 1972"), because "government needs an enema," Nixon went on this odd historical tangent:

The President said that, his favorite period in history was the British Parliamentary debates of the 1850's - the Peelites, Winston Churchill's father, a brilliant Tory, whose career was destroyed by, I believe he said, syphilis, who wrote a brilliant biography of his father. The President mentioned Gladstone and Disraeli debates. Gladstone was in office longer. Disraeli's was a more brilliant record. He was Prime Minister twice, at the age of 60, and he ended at the age of 74, after he had come back at the age of 68. Gladstone, the great reformer, Disraeli described Gladstone as "an exhausted volcano". He said this argues for a one term President (what his logic was escapes me). I understood his point, but from the standpoint of a historical record, it seemed to me to be tangential and not central, because Disraeli was a perfect example of the reason you shouldn't have a one term President in the sense the President was talking.)

Immediately after Nixon left the room, Haldeman handed everyone this note asking everyone assembled for a letter of resignation.