How to understand what's happened to the GOP 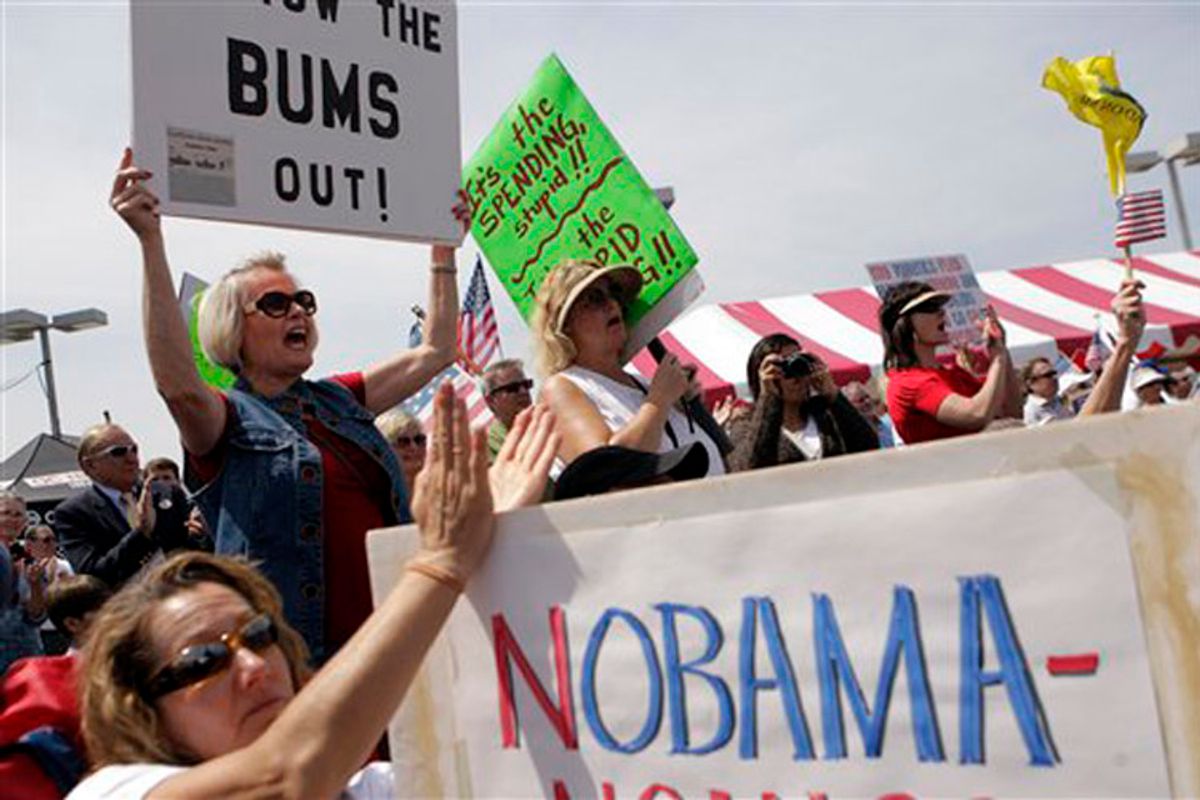 The headline itself seems routine and generic: The chairman of the Colorado Republican Party is stepping down from his post. But the identity of that chairman and the reason for his exit capsulize neatly the radical transformation the GOP has undergone in just the past half-decade.

Dick Wadhams, the soon-to-be former chairman, is a name you may remember. In the middle of last decade, after he oversaw John Thune's narrow 2004 victory over Tom Daschle, who was then the Senate's Democratic leader, he was hailed for his strategic savvy. With George W. Bush and his team set to leave the White House in 2008, Wadhams was deemed the next Karl Rove, and soon went to work for George Allen, who -- the original thinking went -- would win an easy reelection campaign in Virginia in 2006, then run for the GOP's open '08 nomination. Early punditry in 2005 and '06 pegged Allen as the chief threat to John McCain -- and maybe even the front-runner, given McCain's historic difficulties with the party base.

Those were the good old days for the GOP, when the party controlled the White House and both chambers of Congress and when even some Democrats were willing to buy into the Rovian notion of a permanent Republican majority. And then ... everything changed. The major plot points of Wadhams' career capture the story just about perfectly.

First, Allen flamed out in spectacular fashion, failing to even make the starting line for the '08 race. This was partly due to the nature of the '06 election, which was defined by a powerful anti-Republican tide. After Bush's '04 reelection, the situation in Iraq had spiraled out of control, his effort to remake Social Security had blown up, and his handling of Hurricane Katrina had made him the subject of scorn and ridicule. By 2006, fatigue with Bush and the ruling Republicans was soaring and Republicans -- especially in potential swing states like Virginia -- were on the run. Thus, Allen faced a real race against Democrat Jim Webb. What finished Allen off, though, was the intense focus on his own racial history that his infamous "macaca" comment set off. In a different, less anti-GOP climate, he might have survived, but in the general election of 2006, Allen was narrowly defeated by Webb. There'd be no '08 White House campaign for Wadhams to run.

From there, Wadhams returned to his native Colorado, where he'd run several victorious campaigns in the 1990s, where he was elected chairman of the state GOP. The party was coming off a brutal '06 election season, with Democrats taking back the governorship. For all of his experience, savvy and contacts, though, there wasn't much Wadhams could do. Bush fatigue was just as present in 2007 and 2008 as it had been in 2006. There was another anti-GOP tide in 2008, and this one swung Colorado to the Democratic national ticket for the first time since 1992 (and also helped a Democrat, Mark Udall, win a Senate seat).

For Wadhams, there was a silver lining in the '08 results -- or at least there should have been. With Barack Obama moving to the White House and Democrats running Congress, the GOP would suddenly be in position to profit from the public's immense economic anxiety. As Obama's poll numbers took their inevitable tumble in 2009 and 2010, prospects for a Republican revival in Colorado -- and across the country -- improved. But there was a catch: With Democrats controlling Washington for the first time in nearly two decades, the GOP's conservative base -- as it always seems to do when the Democrats enjoy such a monopoly -- grew restive. Right-wing activists, convinced their country was suddenly in the grips of dangerous Marxists and that their own party's leaders weren't sufficiently tough and ideologically pure to wage an effective counterattack, began asserting themselves in party primaries, insisting on the nomination of one Tea Party adherent after another -- despite warnings that this could be general election consequences.

Colorado was ground zero for this phenomenon. In 2010, the GOP nominated Ken Buck for the Senate and Dan Maes for governor. Buck ended up likening gays to alcoholics, while Maes railed against a Denver bike-sharing program, claiming it was part of a "well-disguised" U.N. plot. Maes was so far out there that a former GOP congressman, panicked his party was about to lose what should have been a very winnable governor's race, jumped in as a third-party candidate. Unfortunately, that former GOP congressman was Tom Tancredo, who has his own extremist demons. In the end, Colorado voters -- during one of the strongest Republican years in decades -- elected a new Democratic governor and voted to keep their appointed Democratic senator, Michael Bennet.

It would be easy to blame this all on Wadhams, but the reality is there was little he could do. No strategy could have reversed the powerful tide of 2008, and -- as they showed elsewhere in 2010 -- the Tea Party crowd that then took charge of the GOP wasn't interested in taking pragmatic cues from party strategists. About the only thing left for Wadhams, who would probably have been defeated if he'd tried for another term as chairman, to do is what he just did: step down and point out that there's really no point in being the chairman of a party that has been overrun by "nuts" who "have terribly misguided notions of what the role of the state party is while saying 'uniting conservatives' is all that is needed to win competitive races across the state."