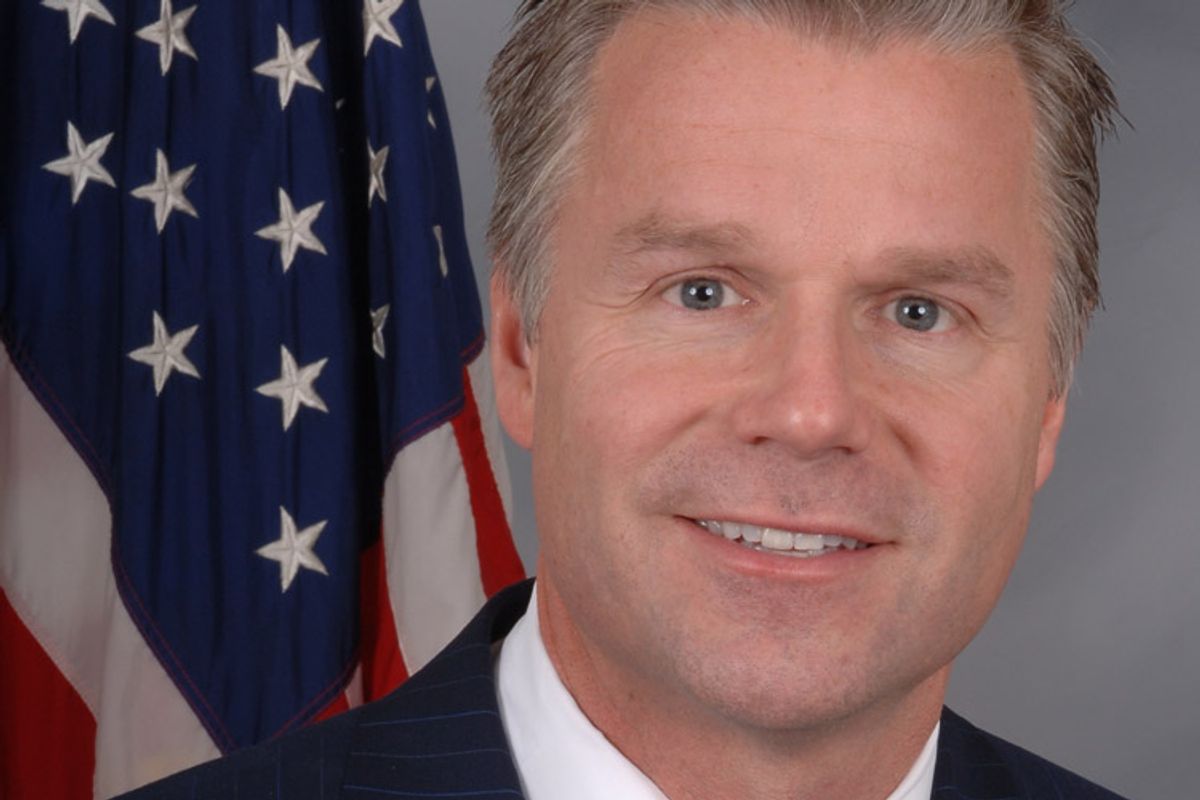 [Update: That was absurdly fast. Chris Lee has already resigned. Before we even had a chance to make fun of him for this quote. Meanwhile, David Vitter is still in the Senate! I guess it's picture.]

Chris Lee is a Republican Congressman representing upstate New York. He 46 years old and married with one son. Except when he's responding to Craigslist personal ads. Then, he's 39 and divorced. And a lobbyist.

That is my single favorite detail in Gawker's embarrassing story of Representative Lee trying to pick up a woman online: The "cover story" a Republican congressman uses is that he's a lobbyist.

Here's what Lee wrote in response to this Craigslist ad:

That was accompanied by a classy photo of the congressman golfing or something. He later sent the woman who posted the ad a more risque shot of himself shirtless and flexing in front of a bathroom mirror. It didn't go anywhere (the woman realized he'd lied about his age and, uh, the fact that he's a member of Congress).

"The Congressman is happily married," said Lee's spokesman when pressed for answers to our questions. "The only time he or his wife posted something online was to sell old furniture when they changed the apartment they keep in DC."

Back in the good old days, a married congressman would just meet a woman at Hawk 'n' Dove, and no one would ever be the wiser, unless he got arrested on the way home for drunk driving. The Internet ruins everything.