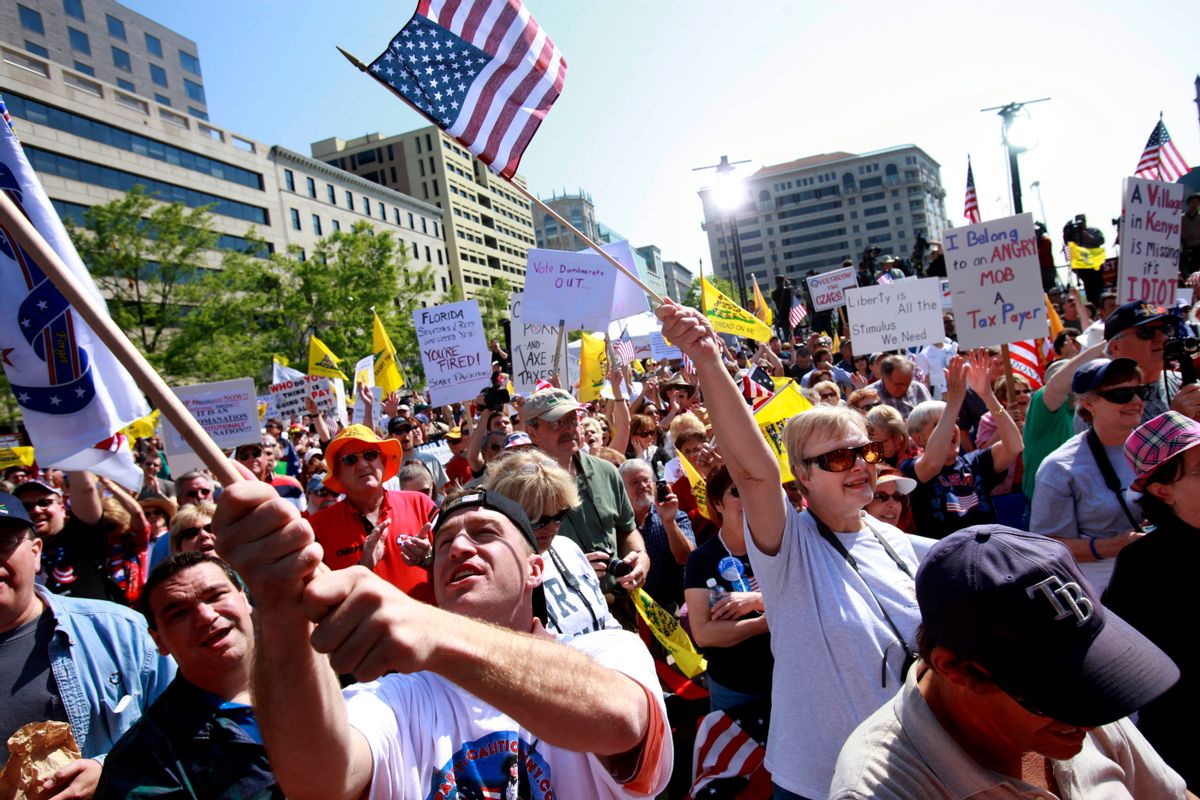 While it's still early, it appears that one of them -- Snowe -- is well-positioned to survive, simply because her home state of Maine is far more receptive to independent candidacies than just about any other state in the country. So Snowe, who enjoys broad popularity outside of the GOP base, could lose the Republican primary in '12 to a Tea Party ideologue -- or not even contest it -- and still be the runaway favorite in the fall. Remember, Maine reelected an independent governor, Angus King, by a 40-point margin just over a decade ago.

But things are much more complicated for Lugar and Hatch, who are both fully engaged now in efforts to win renomination next year. What's striking is how different their postures seem to be: One is bending over backward to show deference to the Tea Party, the other is practically flaunting his apostasies.

The 76-year-old Hatch is the deferential one. Officially, his biggest sin (in the eyes of the Tea Party) was his early support for TARP. But really, the TARP vote may be little more than an excuse. Hatch has been in the Senate for 35 years; his creature-of-Washington status hardly meshes with the ideological urgency conservative activists now feel. Still, Hatch is trying his best to blend in, which is why he found himself at the Tea Party Express' first "Tea Party Town Hall" in Washington Tuesday night, where he was joined by Rand Paul, Allen West and Mike Lee, his new Utah Senate colleague.

"I think it's time for America to take back America," Hatch declared,  "and the Tea Party's part of that. I have a lot of respect for the Tea Party Express, which is the largest, I understand, of the Tea Party groups."

This is the same basic game that Hatch has been playing since early in the Obama administration, when it became clear that his then-Utah colleague Bob Bennett was in danger of being swallowed up in the right's revolt. He's positioned himself as a voice of unequivocal opposition to the White House, even if it's meant contradicting positions he previously staked out. Granted, Hatch's voting record has always been solidly conservative; it's why Sal Russo, one of the few Tea Party leaders whose political roots go back several decades, has said the Tea Party Express won't participate in a Hatch challenge. But the conservatives activists who make up the Tea Party don't generally have long political memories; they aren't interested in Hatch's ACU rating from the 1980s and 1990s. They just know that he's been in Washington for more than three decades and that he liked TARP.

Contrast Hatch's approach with that of Lugar, who has also been in the Senate for 35 years. Lugar, though, has historically been slightly less conservative than Hatch, more willing to wander off the conservative pasture -- so much that he was even mentioned as a dark-horse running mate possibility for Barack Obama in 2008. His sins go beyond longevity and TARP: In the recent lame duck session, Lugar was instrumental in securing passage of the New START treaty and also supported the DREAM Act. Hatch was a "no" on both votes. It's not that Lugar is blind to the threat of a '12 primary challenge; he began ramping up his campaign operation months ago, and Indiana Tea Party activists recently held a meeting in Indianapolis where they agreed to unite behind a single Lugar primary challenger.

And yet Lugar is almost defiant. Consider this interview he just gave to an Indiana television station, in which he defends his START support by telling Tea Partyers to "get real":

You might think that Hatch's Tea Party appeasement will make him more likely to survive '12 than Lugar. But that's probably not the case, mainly because the jury that will decide Hatch's fate -- the delegates at next spring's Utah state Republican convention -- is so narrow. Hatch would need to garner 40 percent at the convention just to force a primary, a tally that Bennett didn't even come close to last year, despite his three terms in office. The Utah Republican convention is one of the most dogmatically conservative gatherings in America; there may well be nothing that Hatch can do to win the delegates over -- especially if Rep. Jason Chaffetz, a marketable second-term congressman with impeccable Tea Party credentials (did you hear that he sleeps in his office to avoid wasting money and becoming part of the D.C. culture?!), decides to run.

Lugar, on the other hand, will at least be guaranteed a shot in a primary election, and he also may not draw a challenger of Chaffetz's caliber. He could lose, to be sure, but his odds of survival are probably better than Hatch's -- even though Hatch is the one laboring to make nice with the Tea Party.