Romantic revenge in the Internet age 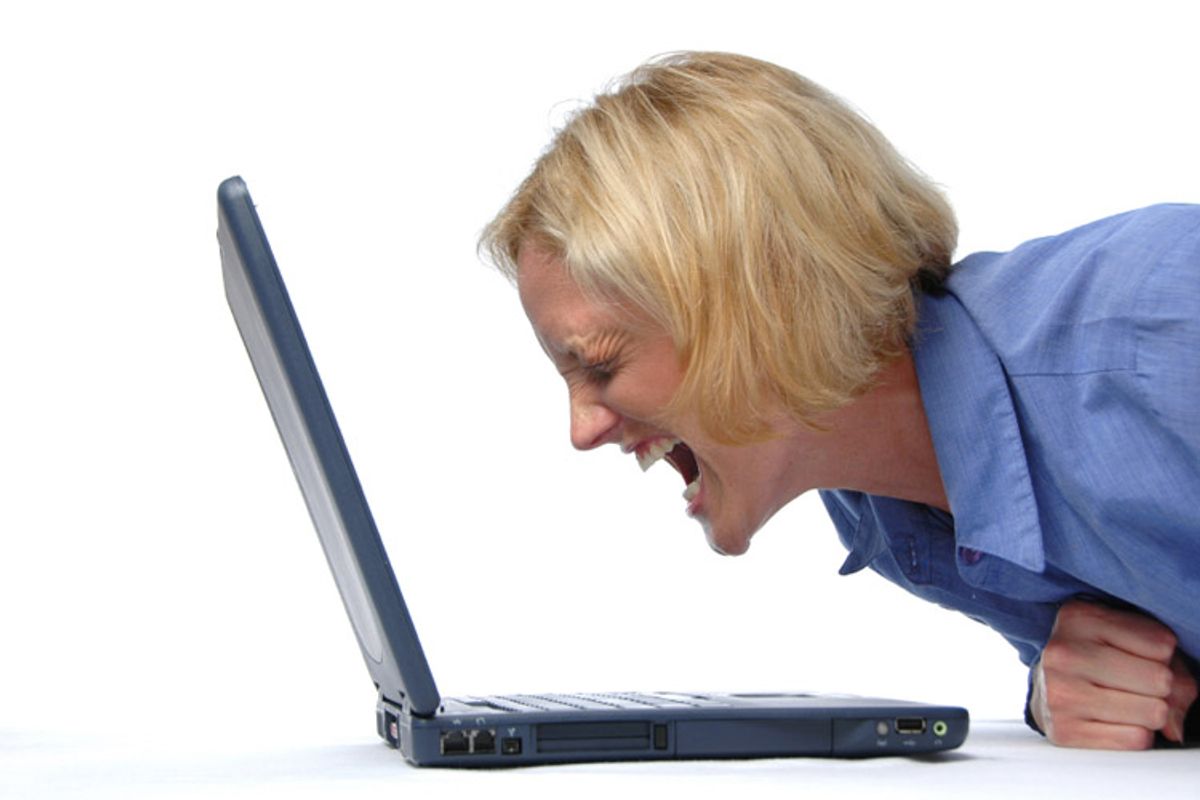 Things only got worse when Weppler's mother posted a plea in a Google help forum, thereby alerting a wider audience to the prank: "My son is so stressed out and embarrassed and we've done everything we can to get images off of Google including URL removal tool, a letter to Google Legal with all the URLs because of copyright infringement, and nothing has worked!" Enter: Gawker, BuzzFeed and, of course, the Daily Mail -- and, despite most of the original images being taken down, the rest is cached Web history.

Weppler's SEO-savvy ex is far from alone in her online scheming. Hell hath no fury like a scorned person with a Wi-Fi connection -- and we've compiled a list of the worst examples. Of course, there are countless stories of retribution via tweets, Facebook status updates and the like that never rise to national attention. (Chime in with your stories in the comments section.) And note that some cases -- like that of a spurned man who posed as his ex-girlfriend on Craigslist and asked a man for help playing out a rape fantasy, which resulted in the woman's actual rape -- are so unconscionable, and worlds apart from a meme-generating teenager, that we've left them off the list. But this list reminds us that while the Web allows people to shame their exes before a global audience, it's usually the vindictive schemer who ends up looking a fool.

For a good time, call my ex-boyfriend's wife

In an attempt to cause marital conflict, Pilar Stofega created profiles on adult websites featuring photos of her ex-boyfriend's wife and the couple's home phone number. Soon, they were flooded with calls, and the ex-boyfriend eventually traced the stunt back to Stofega, whom he dated nearly a decade prior. She was charged with second-degree harassment and told the court she did it "to be vindictive, knowing that the profiles would create marital problems," according to the Associated Press.

Netflix recommendations for a cheater

New Zealander Joshua Simon Ashby used his ex-girlfriend's Facebook account to publish a naked photo of her, alter her privacy settings so that it was visible to any interested party and  change her password so that she couldn't take it down. (This healthy individual also sent her a death threat via text.) Surely this is not the first time such a thing occurred on the social networking site but, according to the New York Daily News, it's believed to be the first time it landed someone in jail -- for four months in Ashby's case.

In what some proclaimed "the first YouTube divorce," playwright Tricia Walsh-Smith aired the dirty laundry in her marriage to Broadway bigshot Philip Smith -- she claimed they never had sex, that he was trying to evict her from their luxurious apartment and that his kids were bad people. At the time, Salon's Mary Elizabeth Williams wrote, "It makes me ill to think that she represents a future in which bitter exes scream and break plates on the Internet while the rest of us sip our morning coffee, watching on the screen."

In what's been referred to as "DickiLeaks," a Melbourne teenager posted explicit photos of Aussie footballers Nick Riewoldt and Nick Dal Santo on her Facebook page. She claimed that a St Kilda player got her pregnant, which resulted in a stillbirth, and said the two athletes she exposed "treated [her] with disrespect." She explained, "I just want to let them know what it feels like to have your reputation absolutely ruined."

In 2008, when an Australian woman found a pair of lacy panties ("size humongous") and an empty condom wrapper ("size small") in the bed she shared with her husband, she decided to put the proof of her husband's indiscretion up for sale on eBay. She wrote of the undies, "They are so huge I thought they may make someone a nice shawl or, even better, something for Halloween perhaps." The ad was taken down -- eBay barred her from selling the used undergarment -- so she instead auctioned off a photo of the evidence. A spokesperson for the site told the Courier Mail: "This is obviously very therapeutic for this woman and it must be a great channel for her views on cheating and the sanctity of marriage."

Tasha C. Joseph launched DontDateHimGirl.com in 2005 as a "dating credit report" for women. Instead of, say, papering his neighborhood with fliers announcing him as a liar and a cheat, women can sign on and publish the name and photo of a man who did them wrong, along with details of his supposed indiscretions. Predictably enough, a defamation lawsuit was filed by a man who was excoriated on the site, but the case was ultimately dismissed.

It isn't just spurned lovers who are looking for revenge online. Ricky Culbreth allegedly created a Facebook profile for the boy who broke up with his daughter. This unhinged father used an image of three guys kissing as the kid's profile picture, declared that he was interested in sex with men and children and, in a profoundly cruel move, wrote: "my daddy died b/c im gay and stupid." Here we have a case that goes far beyond the simple truth that parents plus the Internet equals embarrassment -- it can also result in a police report.