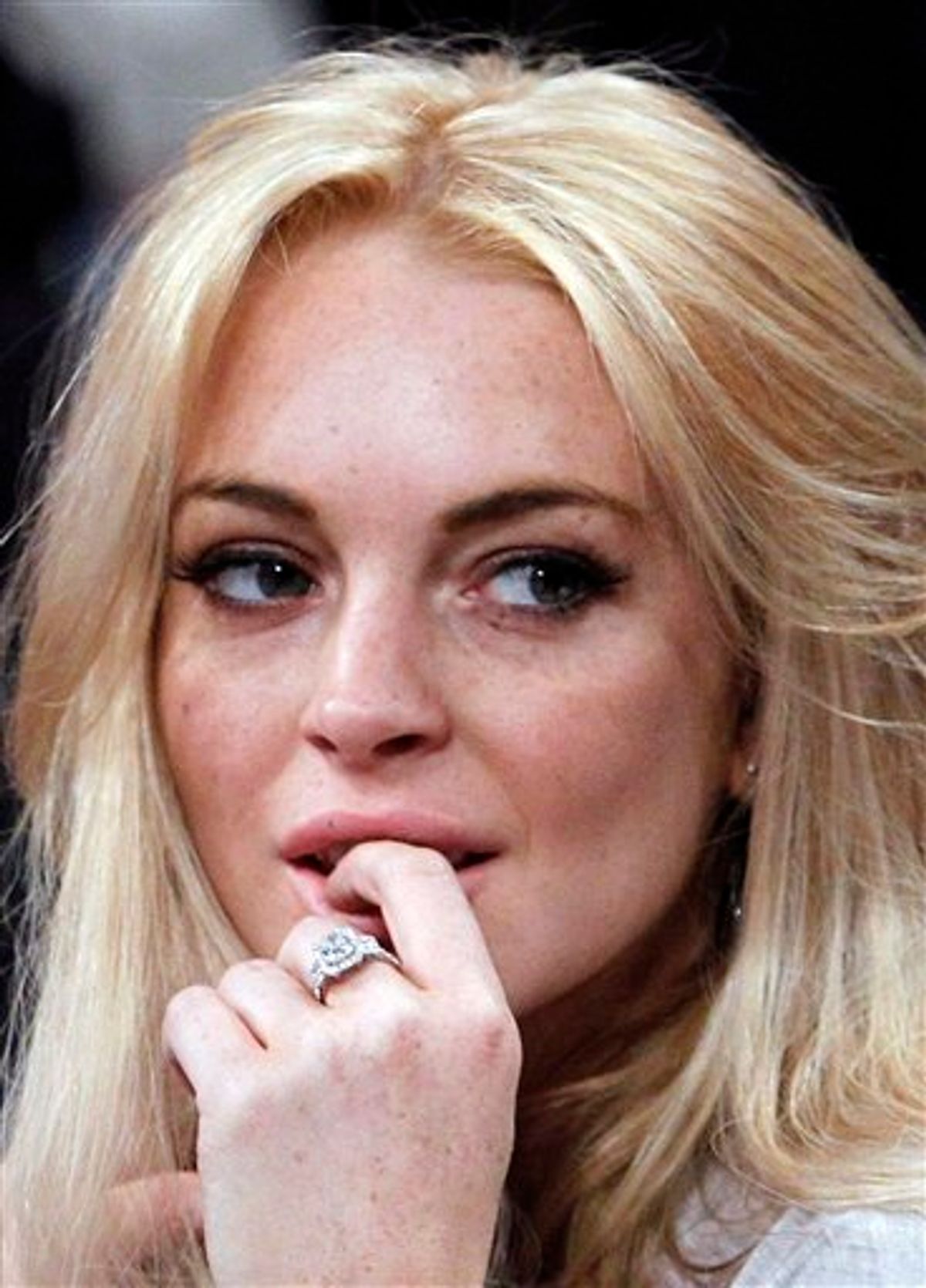 Lindsay Lohan is due in court to face a new judge, and a new criminal charge, that could return the troubled starlet to jail rather than the big screen.

The "Mean Girls" star is due to be arraigned later today on a felony grand theft charge over the theft of a $2,500 necklace reported stolen by an upscale jewelry store.

The charge is the latest -- and most serious -- legal problem for the actress, who remains on probation for a 2007 drunken driving case.

Police and prosecutors allege Lohan, 24, took the necklace from a store in the beachside community of Venice on Jan. 22, weeks after she was released from a rehab facility where she was also accused of misconduct.

Lohan's attorney has denied the actress stole the necklace.

"We vehemently deny these allegations and, if charges are filed, we will fight them in court, not in the press," attorney Shawn Chapman Holley said in a statement Saturday. Holley did not respond to requests for comment Tuesday.

The former Disney star has struggled with the terms of her probation, and was sentenced to rehab twice and jail twice last year.

She is expected to be booked on the theft charge after her court appearance, but her continued freedom will be up to Los Angeles Superior Court Judge Keith Schwartz, who will oversee Lohan's first appearance.

The judge will determine the actress' release conditions and whether she has violated the terms of her probation, which required her to obey all laws and submit to random drug and alcohol testing.

The jewelry case is not Lohan's only criminal concern. Prosecutors in Riverside County are still considering whether to charge the actress with battery for an altercation with a rehab worker at the Betty Ford Center in December.

The worker was fired after giving an on-camera interview to celebrity website TMZ, but district attorney's spokesman John Hall has said the allegations against Lohan was under review.

The threat of incarceration has hung over Lohan since May, when a judge handling her DUI case determined she violated her probation by missing weekly alcohol education classes.

Her three stints in jail in the past three years have all been shortened by overcrowding and the fact that she could not be held without bail on a misdemeanor.