Bill O'Reilly refused to let the president finish a sentence 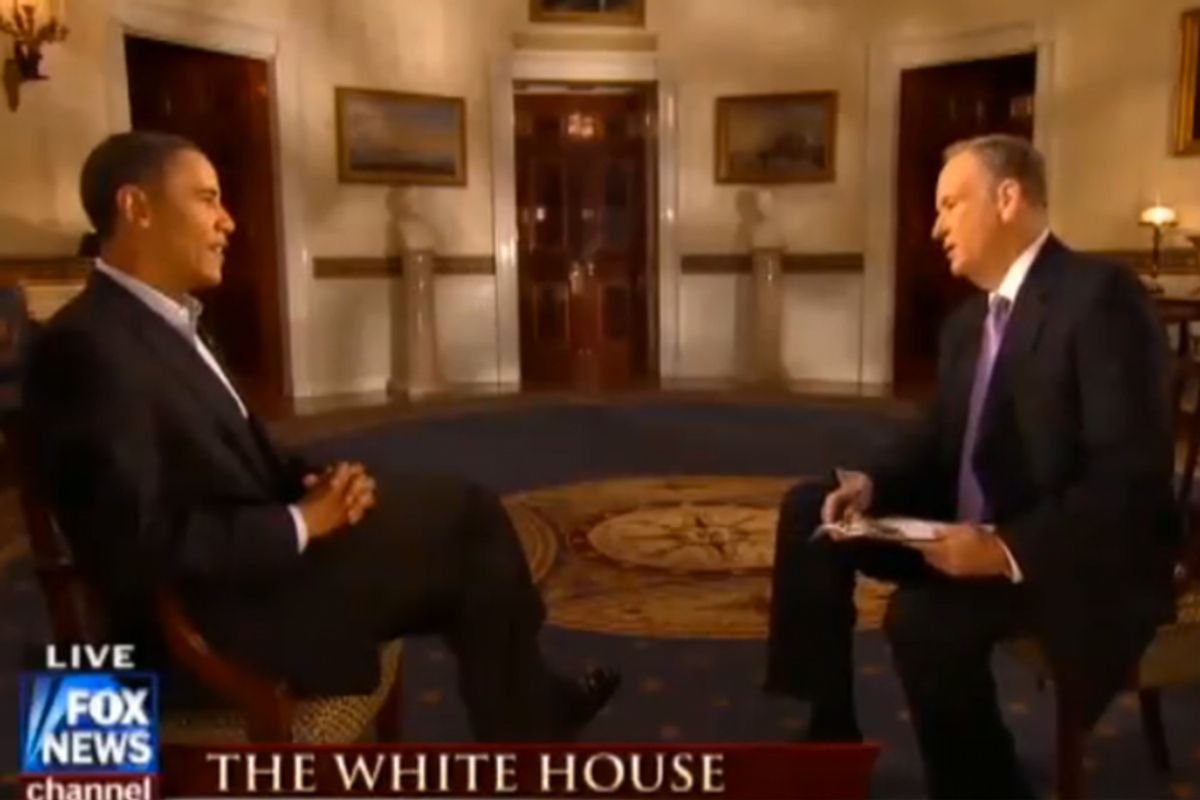 Wonkette's Jack Stuef actually counted the number of times that Bill O'Reilly interrupted President Barack Obama during O'Reilly's pre-Super Bowl interview. And it was a lot of times. If you were watching at home, you may have noticed that O'Reilly rarely let the president finish a sentence without interjecting, but you probably did not realize that it happened nearly 50 times in what was, honestly, a fairly short interview.

My favorite part is that half the time the thing O'Reilly just has to say right now is something completely inane, like "those are tough boys, the Muslim Brotherhood." Good point, Bill.