A look at Rick Santorum's unintentionally revealing comments about parenthood 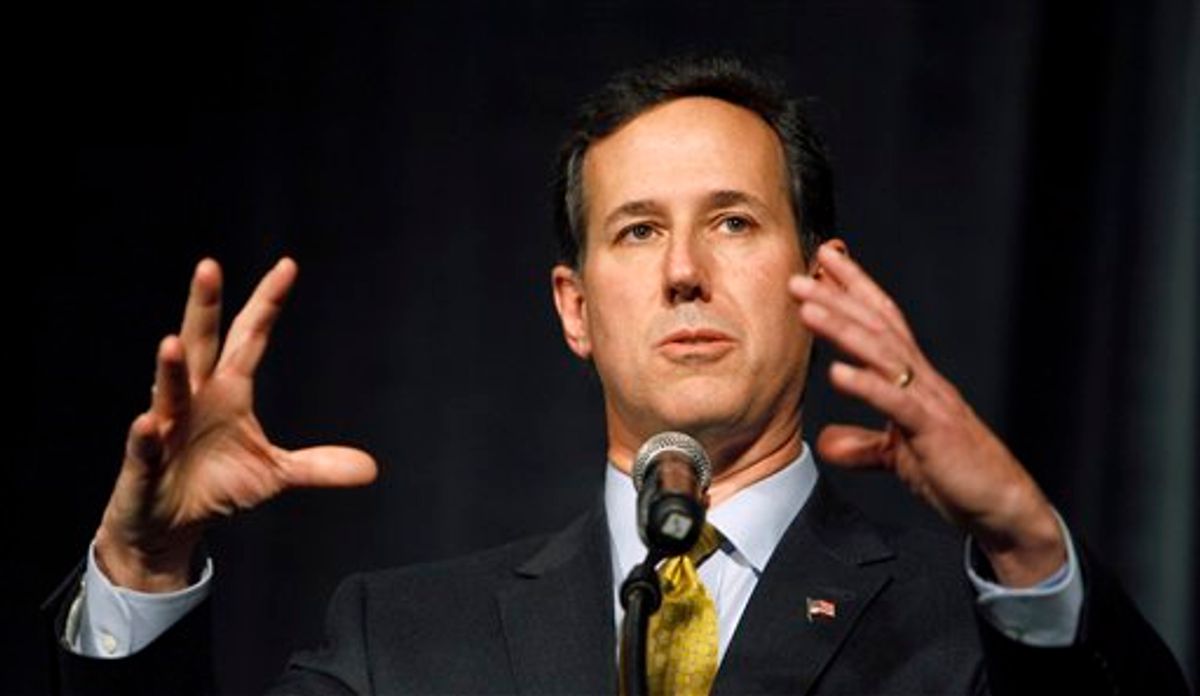 In the course of zinging Sarah Palin yesterday for not attending CPAC, the annual conservative conference, former Pennsylvania Sen. Rick Santorum made a revealing comment during a radio interview. Here was his take on Palin turning down the keynote speaker slot at CPAC (emphasis ours):

SANTORUM: I have a feeling she has some demands on her time. And a lot of them have financial benefit attached to them. So I'm sure that she's doing what's best for her and her family.

HOST: You wouldn't have turned it down?

SANTORUM: Well, no, I wouldn't have turned it down. I don't live in Alaska. And I'm not the mother to all these kids. And I don't have other responsibilities, like she has, other opportunities that she has. Other business opportunities that may be in conflict with what she's been asked to do.

No, Santorum is not the mother to any kids. He is, in fact, the father of seven. His oldest was born in 1991 and his youngest in 2008. (Remember this picture?) So, we've learned something about the division of labor in the Santorum family.

The former Pennsylvania senator is also the author of a 2005 book, "It Takes a Family: Conservatism and the Common Good."