ALERT: Hosni Mubarak will delegate some powers to VP but will not leave Egypt 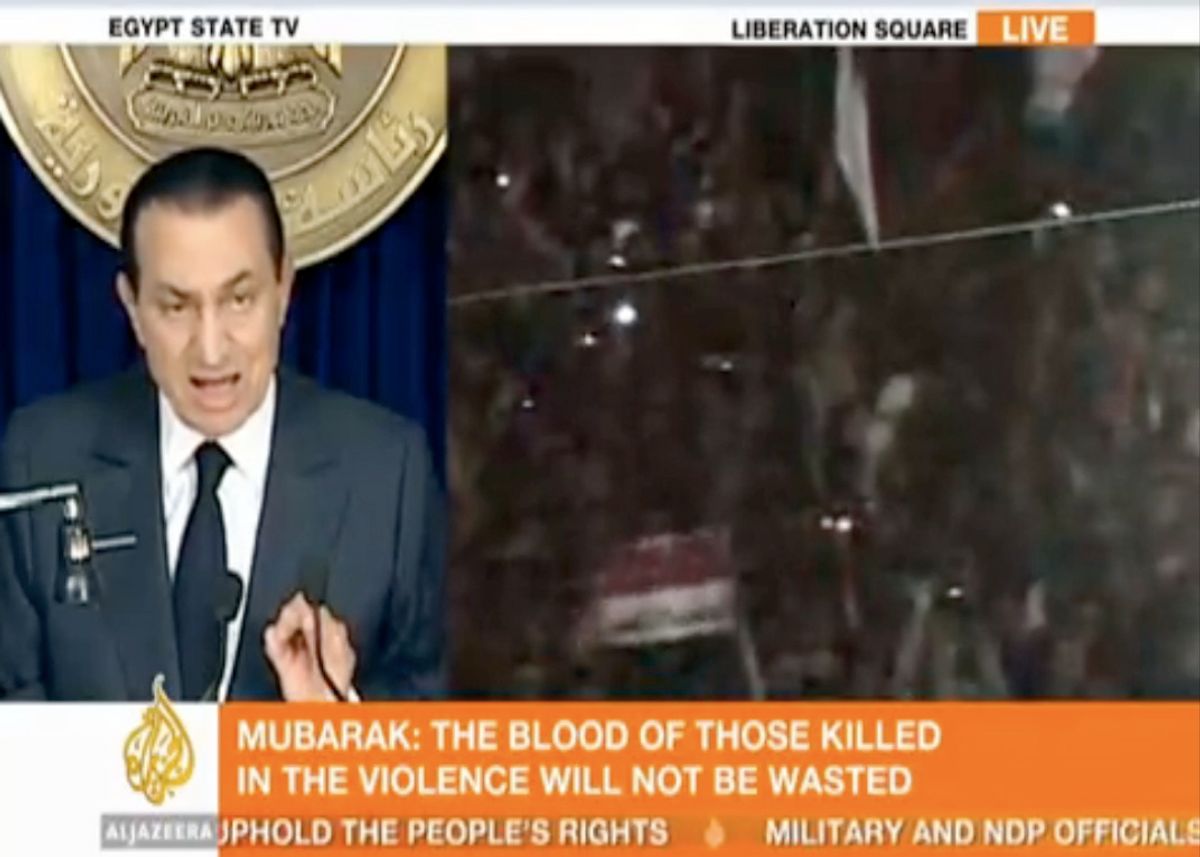 President Hosni Mubarak said Egypt was at a historical crossroads during an address to the nation Thursday evening, but stopped short of stepping down -- a move widely speculated throughout the day. He did say that he would delegate some of his powers to Egyptian Vice President Omar Suleiman, a move unlikely to pacify angry demonstrators who are now marching on the presidential palace.

Mubarak said that the protesters' demands were "legitimate and just." Likewise, he said that those killed in the violence had not died in vain. However, he defiantly insisted he would not accept "foreign dictations" -- likely a nod to the Obama administration and its prodding of the regime.

The president also said he proposed six amendments to the Egypt Egyptian constitution, as well as the abolishment of one article in order to facilitate the power transfer.

Protesters who gathered in Tahrir Square expecting the president to resign chanted "LEAVE! LEAVE! LEAVE!" after the speech.

EARLIER (10:11 AM EST):
Several sources, including Britain's Channel 4 News and NBC News, are reporting that Egyptian President Hosni Mubarak could step down and hand his powers over to Vice President Omar Suleiman as early as this evening. This after 17 tumultuous days of protests across the country.

NBC News says Mubarak will address the nation tonight to make the announcement:

NBC News said a high-ranking source inside the president's office said that Mubarak would step down and the newly appointed vice president, Omar Suleiman, would take over. This was then confirmed by a second source.

The speech is expected to start at 3 p.m. ET (10 p.m. Egyptian time). Al Jazeera will stream Mubarak's address live on its YouTube channel.

CIA director Leon Panetta, testifying on Capitol Hill Thursday, told the House Intelligence Committee"there is a strong likelihood that Mubarak will step down this evening."

Reuters, on the other hand, reports that Egypt's information minister denies Mubarak will step down tonight.

Meanwhile, the New York Times is saying that the Egyptian military could attempt a government takeover:

Likewise, NBC News is now reporting that Egypt's supreme military council is meeting without President Mubarak -- the council’s nominal leader -- which could indicate the beginnings of a military coup d'état. Suleiman and other government officials had warned for days that the continuation of protests could spark a coup.

MSNBC has a live video feed of the protests:

This is a breaking news alert. More on this story as it develops.