The paperback edition of "No Apology" no longer likes the stimulus, really hates "Obamacare" 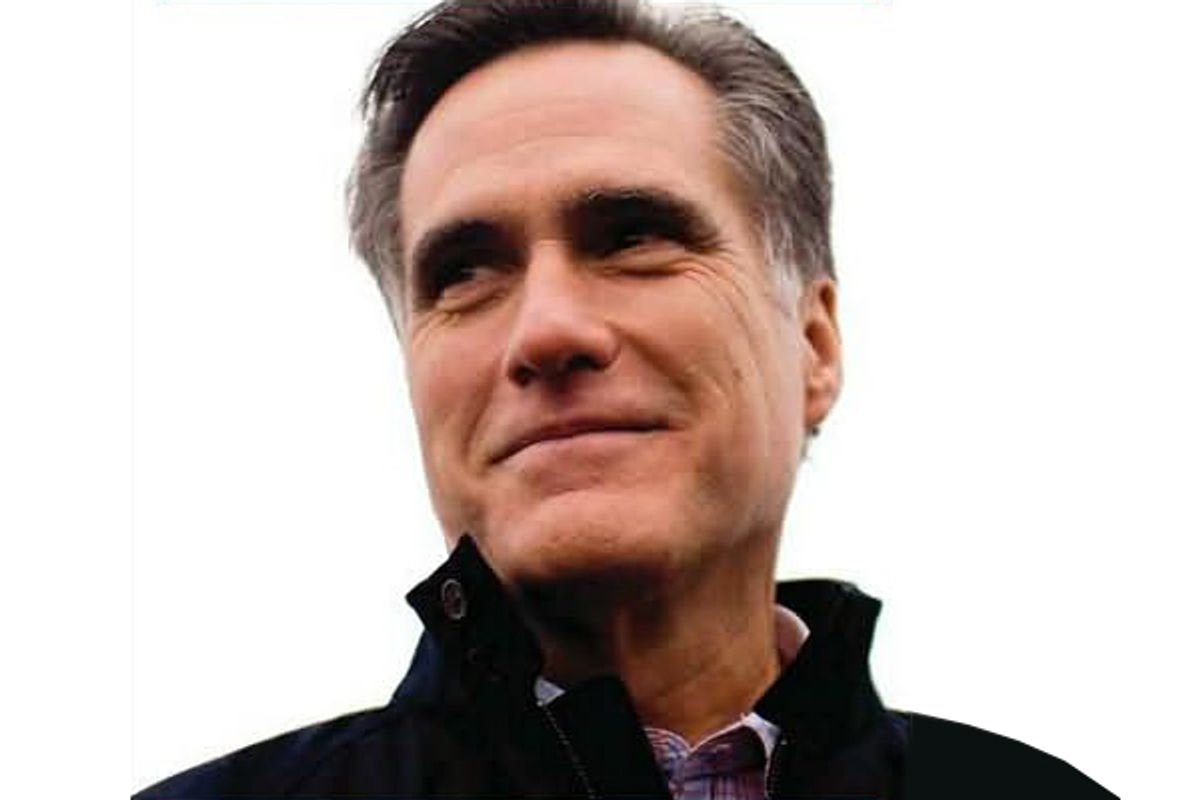 Mitt Romney is the most nakedly, obviously, transparently phony politician in the nation, and you almost have to admire him for it. He will say anything to get elected president. He is on both sides of every issue. He's so awful at pretending to be a True Conservative Populist Dingbat, but so convinced that a pragmatic blue-state moderate Republican is unelectable, that if it weren't for his hundreds of millions of dollars you might feel bad for him.

So the paperback version of his book "No Apology" is out, and he has excised and altered various passages that he had originally included in order to make himself look like a moderate pragmatist, because he realized that "Tea Parties" are still in fashion.

As the Boston Phoenix reports, there are two significant changes: The book no longer offers even a qualified defense of the stimulus, and now it makes sure the reader knows that Mitt Romney really hates "Obamacare," even though it's basically a national version of Mitt Romney's Massachusetts healthcare plan.

The first rewrite excises a relatively even-handed assessment of the 2009 economic-stimulus package. In the original, Romney wrote that it "will accelerate the timing of the start of the recovery, but not as much as it could have." The paperback pronounces the stimulus "a failure," and blasts Obama's "economic missteps" with conservative red-meat language — for example: "This is the first time government has declared war on free enterprise."

The other major change comes in a chapter on health care. In the original hardcover, Romney tried to carefully distinguish between the Massachusetts law and the national version that was nearing passage as he wrote.

But the Massachusetts model has become Romney's bête noire among conservatives, who loathe the national reform they call "Obamacare." The rewritten paperback swings much harder, proclaiming that "Obamacare will not work and should be repealed," and "Obamacare is an unconstitutional federal incursion into the rights of states."

Other additions in that section blame the Massachusetts legislature for altering his plan, and the current Democratic administration of Governor Deval Patrick for botching the implementation.

Romney also added a new introduction in which he babbles about the Founding Fathers and literally uses the word "Constitution" 11 times. Romney's spokesman explained the alterations by saying "[a] lot has occurred over the last two years, and these updates reflect those happenings." The man is amazing.