The most fun way to balance a state budget 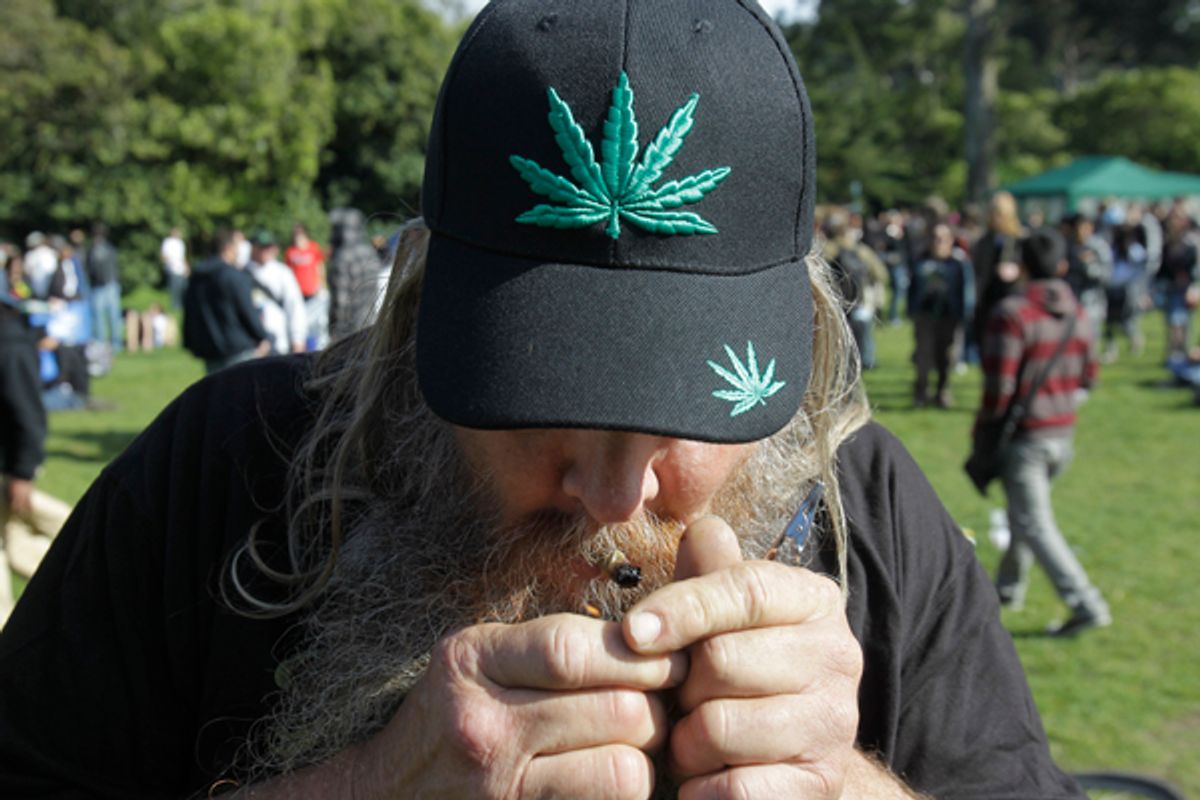 Citizens of the state of New York cannot buy wine in grocery stores, legally purchase marijuana, or marry a loved one who happens to be of the same sex. New York also has an operating budget deficit totaling $10 billion dollars.

You may be wondering: What is the connection between these onerous restrictions on New Yorker liberty and the queasy-making finances of the state government? The answer is simple: If the state legalizes marijuana and gay marriage, and breaks the liquor store monopoly on wine, it will boost economic growth and benefit from new tax revenue streams that will help close the budget gap.

Or at least, that's what the proponents of various campaigns seeking to liberate Americans along all sorts of cultural faultlines have been arguing with increasing vigor lately. On Thursday, a group calling itself New Yorkers for Economic Growth and Open Markets released a study claiming that allowing wine sales in grocery stores would "generate another $71 million in tax revenue along with a windfall of approximately $346 million." According to the study, New Yorkers consume "30 percent and 40 percent less wine than people in New Jersey and Massachusetts respectively" -- and the blame for this tragic alcohol gap falls upon the sad fact that they can't pick up a bottle of Pinot along with their milk and shampoo.

Earlier this week, UCLA's Williams Institute released its own study estimating that legalizing same sex marriage in Rhode Island "would positively affect the state budget by $1.2 million over three years." (Sales tax revenue from spending on weddings would rise, for example.) And then there's the big kahuna -- according to one Cato Institute study, legalizing marijuana could generate over $8 billion dollars nationally in tax revenue annually, while saving about the same amount in law enforcement expenses.

And imagine the synergy! A chance meeting at an East Village art opening leads to the convenient spur-of-the-moment purchase of wine and weed at the nearest Gristedes. Hours later, overcome by the intoxication of love, cannabis, and red wine, two lovers pledge undying fealty and head to the courthouse. And New York is one marriage license fee closer to fiscal resonsibility. Cha-ching! It's win-win-win.

Of course, critics of wine-in-grocery-store advocacy see the campaign as just a front for well-capitalized supermarket chains who want to grab business from mom and pop liquor stores. Even the rosiest estimates for a same sex marriage windfall don't seem likely to make more than the tiniest dent on billion dollar deficits. And California's most recent unsuccessful ballot adventure with marijuana legalization suggests that it may yet be some time before the nation as a whole is ready to embrace a pot-smoking fiscal solution. Let's not even dip our toes in the uncertain moral waters of whether it is ethical to encourage greater alcohol consumption as a means to the balanced budget end. Taxing behavior that society deems unhealthy or just plain wrong --greenhouse gas emissions, cancer-causing cigarettes -- makes more sense than permitting behavior based on whether or not it results in a net gain for the state's coffers.