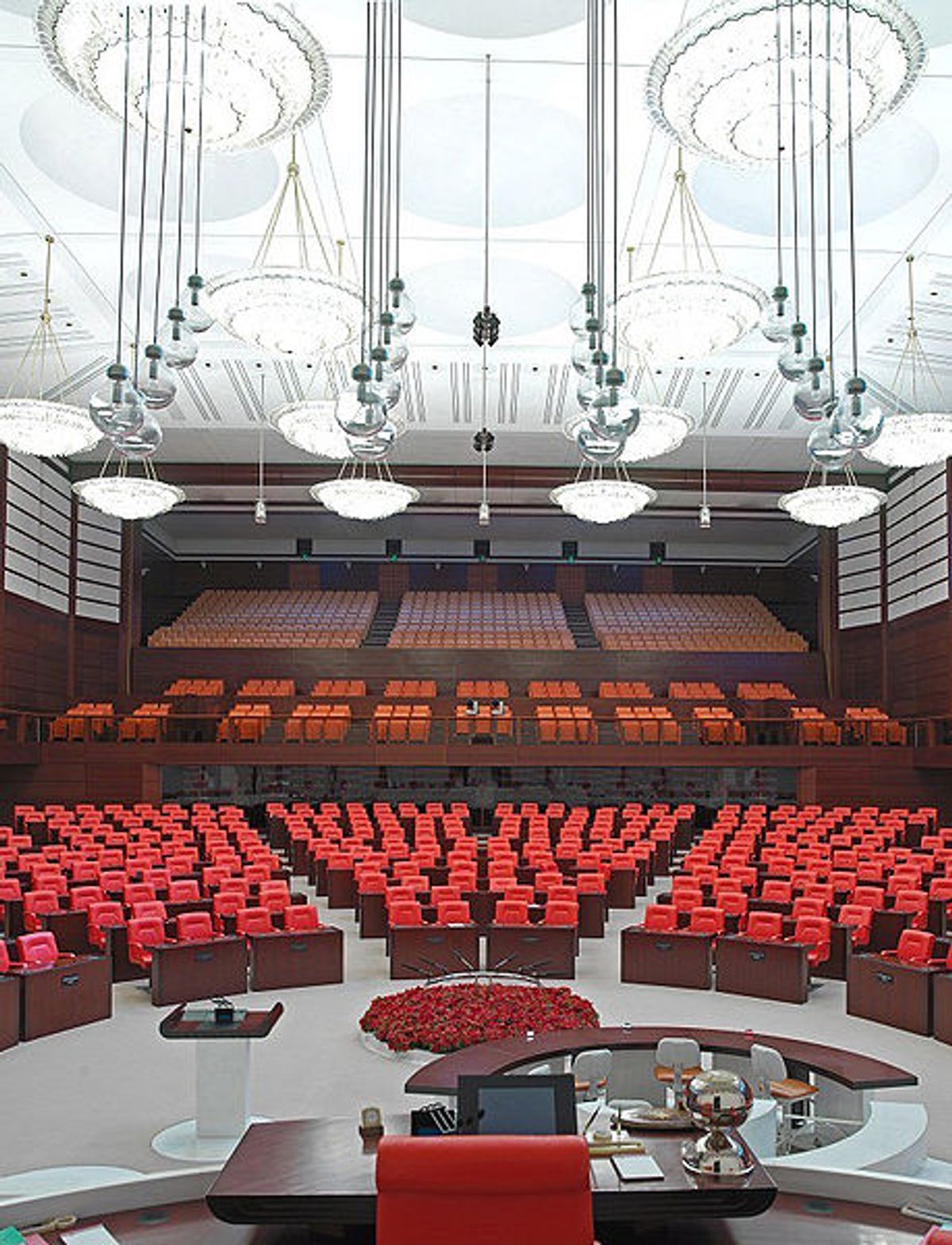 Inside of the Turkish Parliament in capital city Ankara
--

Turkey's ruling party has proposed legalizing chemical castration as punishment for repeat rapists or pedophiles in a wide-ranging overhaul of sex abuse laws, according to a draft seen Thursday by The Associated Press.

The controversial proposal is part of a government-backed bill that foresees increased prison terms for sex offenses, especially against children. It was submitted to parliament on Wednesday but it was not known when it would reach the floor for debate.

The bill would require testosterone-supressing drugs for "habitual and persistent" sex offenders and make the procedure a condition for probation for others. Sex offenders would also be submitted to behavioral therapy.

It also would almost double maximum prison terms served for sex offenses to 10 years. Convicted pedophiles would serve up to 18 years in prison while sexual abuse of children by parents, stepparents, siblings or guardians would be punishable by 27 years.

"We have embarked on a struggle against a very serious and important crime," she told reporters.

"To castrate a person who rapes a small child -- I don't know, is it debatable?" she asked. "Besides, this is a form of therapy."

The legislation would also ban convicted pedophiles from working with children and could even bar them from coming near children for five years.

Sex predators who find victims through Internet chat rooms or social networks or in public gatherings could face up to 24 years in prison.

The proposals would also end a much-criticized practice that made victims undergo medical exams to determine whether they have been psychologically affected by the sexual attack. The offenders' punishment is currently reduced if the report concludes the victim has not been traumatized by the abuse.

The legislation also aims to discourage a generations-old tradition that forces female rape victims to marry their attackers in the belief that would save their honor. Under the new proposal, any family members that forces a rape victim to marry her attacker would face up to six years in prison.

Legislator Askin Asan said the proposed legislation was drafted after more than a year of consultation with experts and non-governmental organizations. Legislators also surveyed 2,000 people, who backed the proposals by an overwhelming 98 percent, she said.

"I hope that the other 2 percent will also back this bill so that the whole of Turkey can battle (sex crimes)," she said.