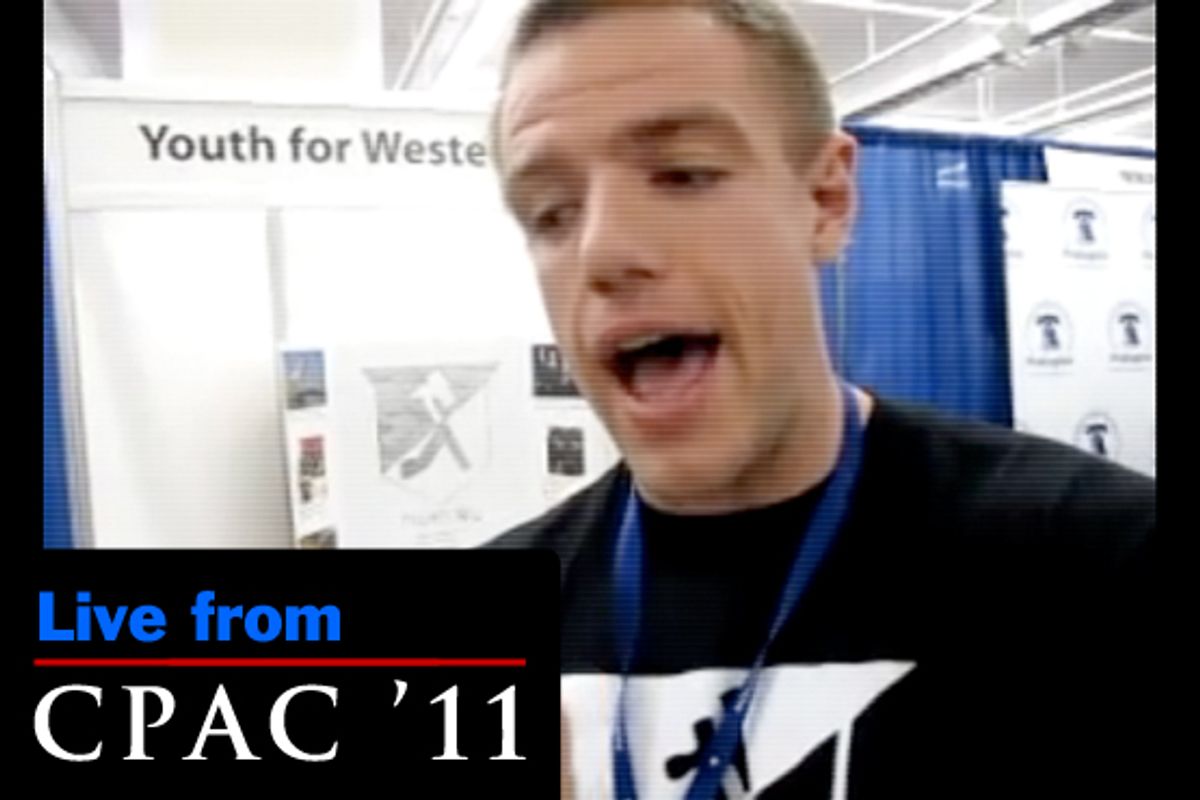 The liveliest part of CPAC is not the main auditorium where high-profile politicians speak before the crowd and the C-Span cameras, but rather the exhibition hall. That's where scores of groups -- from Christians United for Israel to the John Birch Society to GOProud-- set up booths to hand out literature and talk to attendees.

Today I spoke with Kevin DeAnna, who was manning the booth for the group he founded, Youth for Western Civilization. (He defines Western civilization as "a cultural compound of Christian, classical, and the folk traditions of Europe.") His group represents the youth wing of the Tom Tancredo wing of the Republican Party.

DeAnna's big issues are opposition to "mass immigration" and "multiculturalism." (Sample headline from his group's website: "The costs of diversity.") Asked who in the 2012 field best represents Western values, he said: "We'll see if Tancredo runs again." Calling Obama an "overt leftist," DeAnna said, "If anything, I'm actually kind of glad that he's in office because people recognize it a bit more" than when a Republican is president.

It's conservatives like DeAnna who killed immigration reform in 2006 and 2007 and will probably try again in the future.