Republicans will say no to whatever the White House wants, but they can't accuse Obama of ignoring the problem 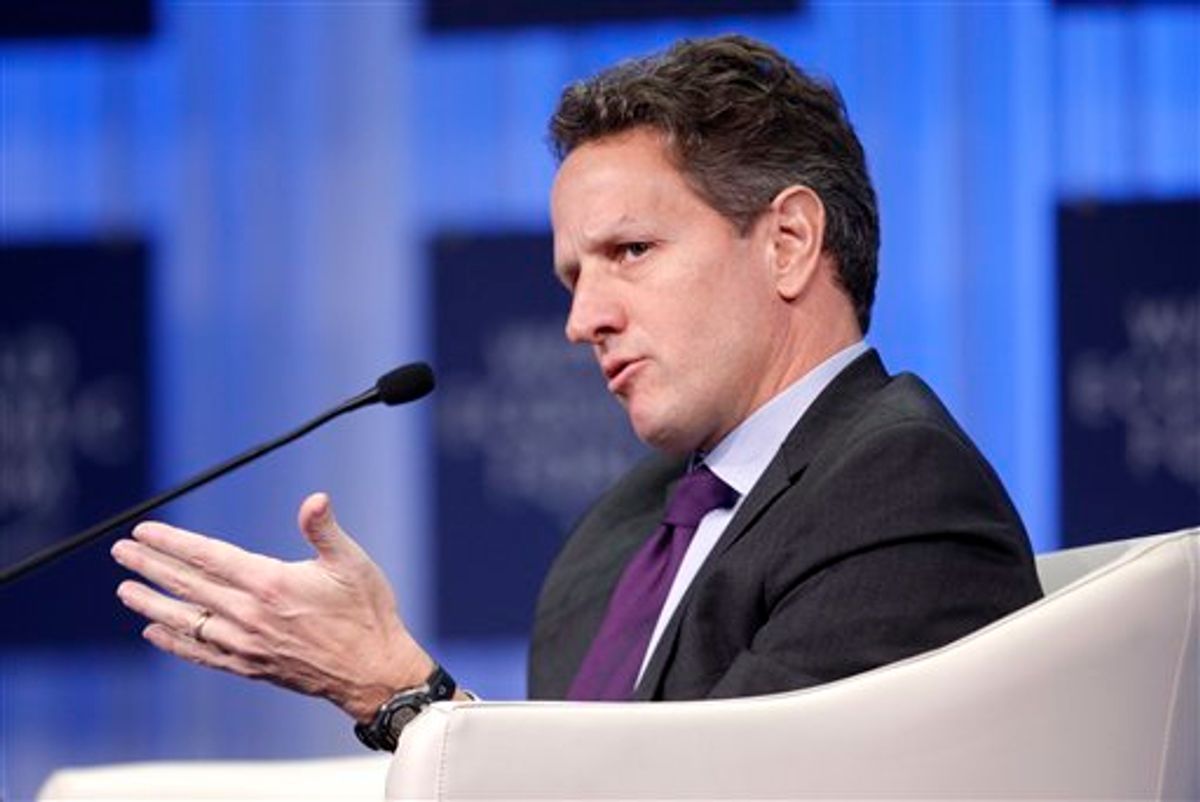 On Friday, the Obama administration released its plan to wind down Fannie Mae and Freddie Mac, the two giant government-run mortgage lenders that currently are responsible for backstopping a ridiculous 85 percent of the U.S. residential home loan market.

Or rather, the government delivered a compelling explanation of why Fannie and Freddie must be wound down, along with three proposals on how to do it, varying roughly along a spectrum in which government involvement in the mortgage market ranges from minimal to significant. The basic goal is transfer the business of making loans away from the government and back to the private sector, while at the same time minimizing chances for a system-wide crash, and ensuring some reasonable level of access to credit for would-be homeonwers.

For informed critiques and summaries, I recommend Felix Salmon, Mike Konczal, and Greg Ip. Ezra Klein also does a marvelous job of putting the effort to fix Freddie and Fannie in the context of the administration's overall reform strategy.

But let's step back from the details for a second and look at the larger strategy. The Treasury, it seems to me, is playing a pretty smart game. Unless Tim Geithner had come out and declared that his goal was to completely -- and immediately -- remove the government from any role whatsoever in the housing market, Republicans would surely have seized upon whatever the White House recommended and declared it to be socialist tyranny of the highest order. But now there's a little more pressure for Congress to articulate its own proposed solution within the parameters sketched out by the government.

The right definitely won't be able to accuse the administration of trying to whitewash the responsibility of the government-sponsored enterprises for the great housing mess. The white paper released by the Treasury acknowledges that Fannie and Freddie played an important part in fueling the housing boom and exacerbating the financial crisis. Not the most important role, but not an insignificant one either. One would hope that this would mollify some of the Republicans who have been bashing Fannie and Freddie for years.

But a complete withdrawal of the government from housing doesn't make much sense. As the white paper explains, the original rationale for creating Fannie and Freddie dates back to a devastating collapse of the housing market during the Great Depression. Maintaining a stable climate for housing finance is critical to avoiding the damage caused by sharp cyclical downturns and accompanying credit crunches.

Moreover, if Tea Party Republicans remain resolute on abolishing any government role at all in the housing market, they will soon find themselves facing a formidable array of interests. Any removal of government involvement will mean that mortgages get pricier -- because the less the government backstops credit, the more risk there will be for the private sector. Take the government out completely, and you end up making it much harder for Americans to buy homes, which hurts lenders, banks, builders and everyone else whose livelihood is connected to the housing industry.

I am not optimistic about the prospects for translating the Treasury's proposals into legislation that will pass muster in Congress in the next two years -- Republicans simply have too much invested in preventing Obama from achieving significant legislative victories. But Obama's opponents will not be able to claim that his administration is ignoring the problem, and if his critics think they have a better solution, they're going to have to show how it  addressed the issues that the Treasury has raised: How do you get the government out of the housing market, while at the same time ensuring that housing market ups and downs don't pose too dangerous a risk to overall prosperity? The administration has put its marker down. Now let's see what the other side has got.