The quake's center is exactly the same spot as last year's 8.8 earth shaker, but no tsunamis were spawned this time 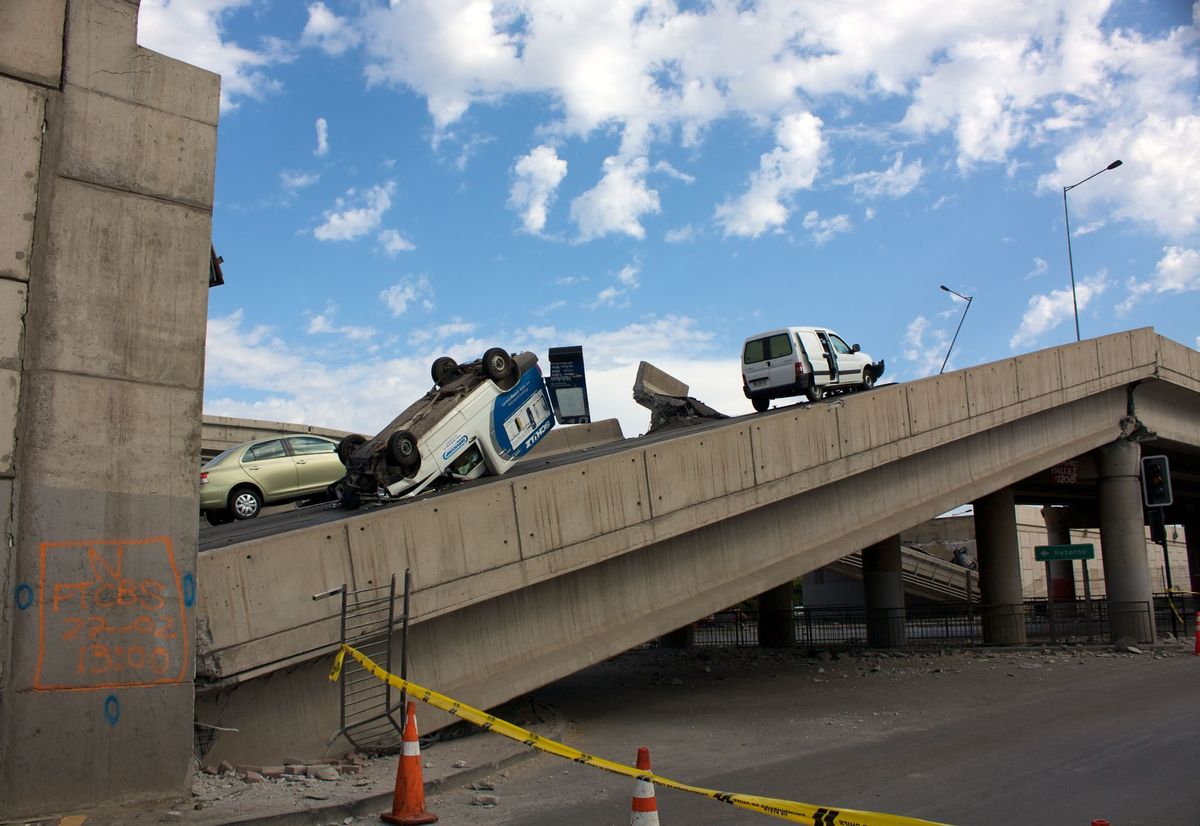 Electricity and phone service were disrupted and thousands of people fled to higher ground following Friday's quake, but the government quickly announced that there was no risk of a tsunami, and there were no reports of damage or injuries.

President Sebastian Pinera appealed for calm and praised his government and Chileans in general for responding quickly.

Rodrigo Ubilla, the vice interior minister, said the navy had "totally discounted any risk of a tsunami."

Still, the strong earthquake frightened many Chileans, especially along the coast, where people quickly moved to higher ground.

"There was a preventive self-evacuation," said Vicente Nunez, who directs the National Emergency Office, ONEMI. But he said Chileans could safely return home.

Residents fled their homes in Talcahuano, a port city whose center was ravaged last year by huge walls of water that sent shipping containers and fishing boats into downtown buildings and streets, municipal spokesman Javier Gonzalez told The Associated Press.

Skyscrapers swayed in the capital of Santiago, and in the inland town of Cauquenes, mothers ran into the streets carrying babies in their arms.

The earthquake struck offshore, about 30 miles (45 kilometers) north of the city of Concepcion. The epicenter was relatively close to the coast, at 36 degrees south latitude and 73 degrees west longitude -- almost exactly where the Feb. 27, 2010 earthquake was centered. Friday's quake was half as deep, at 11 miles (18 kilometers), as the devastating temblor of Feb. 27, 2010.

And while last year's massive quake killed at least 521 people and left 200,000 homeless, this time it seemed that Chile emerged relatively unscathed.

People in Talcahuano weren't taking any chances in any case. The compact city center is at the base of a bay and surrounded by hills, forming a bowl where the ocean drained and then came back with a vengeance last year.

Friday's quake caused a blackout in Concepcion, another city still recovering from last year's disaster. And across the country, Chileans jammed cell phone networks trying to make sure their families were OK.

In Cauquenes, a small town almost directly west of the epicenter, mothers ran into the streets carrying babies in their arms.

"I was really frightened. This is one of the strongest aftershocks we've had since last year's earthquake," said Ana Alarcon, who closed her small shop and took her two children in a search for her husband, who she couldn't reach by phone.