A stiff, insult-heavy speech is forgotten when the former Alaska governor's look-alike shows up at CPAC 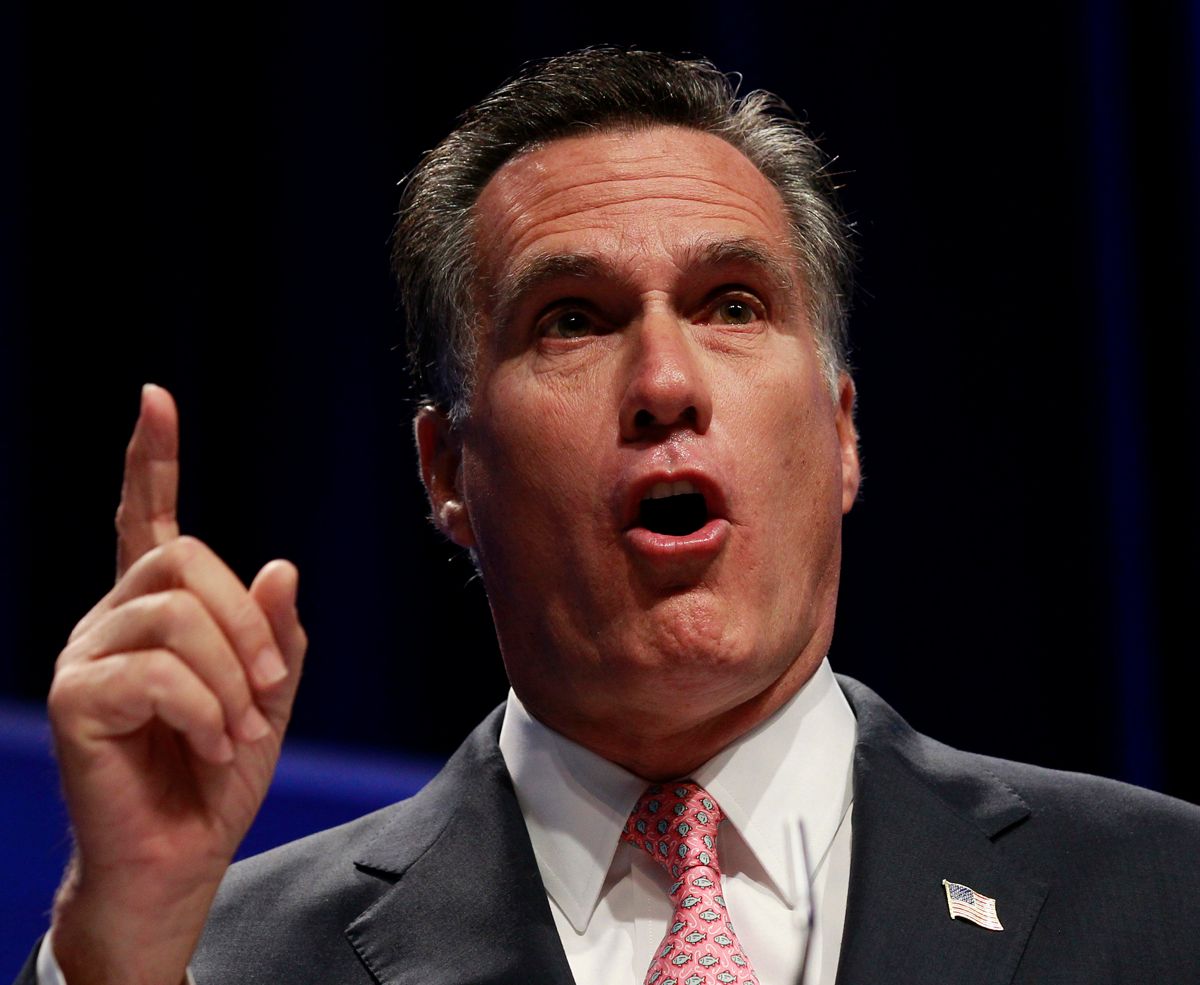 As real-life news broke in Egypt, the people on stage at the Conservative Political Action Conference continued babbling scripted anti-Obama punchlines and half-assed "Tea Party" shout-outs. Desperate phony Mitt Romney delivered what amounted to a presidential campaign speech -- though not a very good one. The entire thing was devoted to Palinesque sarcasm delivered without her elan.

The line today is that Barack Obama is insincere in moving to the center. Romney's description of the president's State of the Union Address: "Suddenly, Alinsky was out, and Jeffrey Immelt, he was in." Because Obama just could not stop talking about Alinsky before, right?

The jokes got worse and worse. Obama's response to the jobs crisis was "let them eat cake -- excuse me, let them eat organic cake." It's funny, because liberals enjoy eating food that was grown without the use of synthetic pesticides. Man of the people Romney, I'm sure, enjoyed a pile of Pizza Hut wings and a can of AMP Energy drink as soon as he finished speaking.

There was a passage devoted to Obama's foreign policy mistakes, though the would-be president had nothing at all to say about Egypt.

This was the silliest part of the whole thing (via the Hill):

Gee, is Mitt Romney running for president? He has not made up his mind yet, apparently! Maybe if you clap hard enough!

A highlight: Shortly after unlovable Mitt finished speaking, he was upstaged by Sarah Palin, who isn't even attending the conference. A Palin look-alike (a pretty good one, actually) entered the ballroom and immediately attracted a massive crowd. For a moment, everyone thought it was a surprise appearance by the one candidate all the (non-Ron Paul supporting) attendees are actually excited by.