Around the world, applause and hope for Egyptians 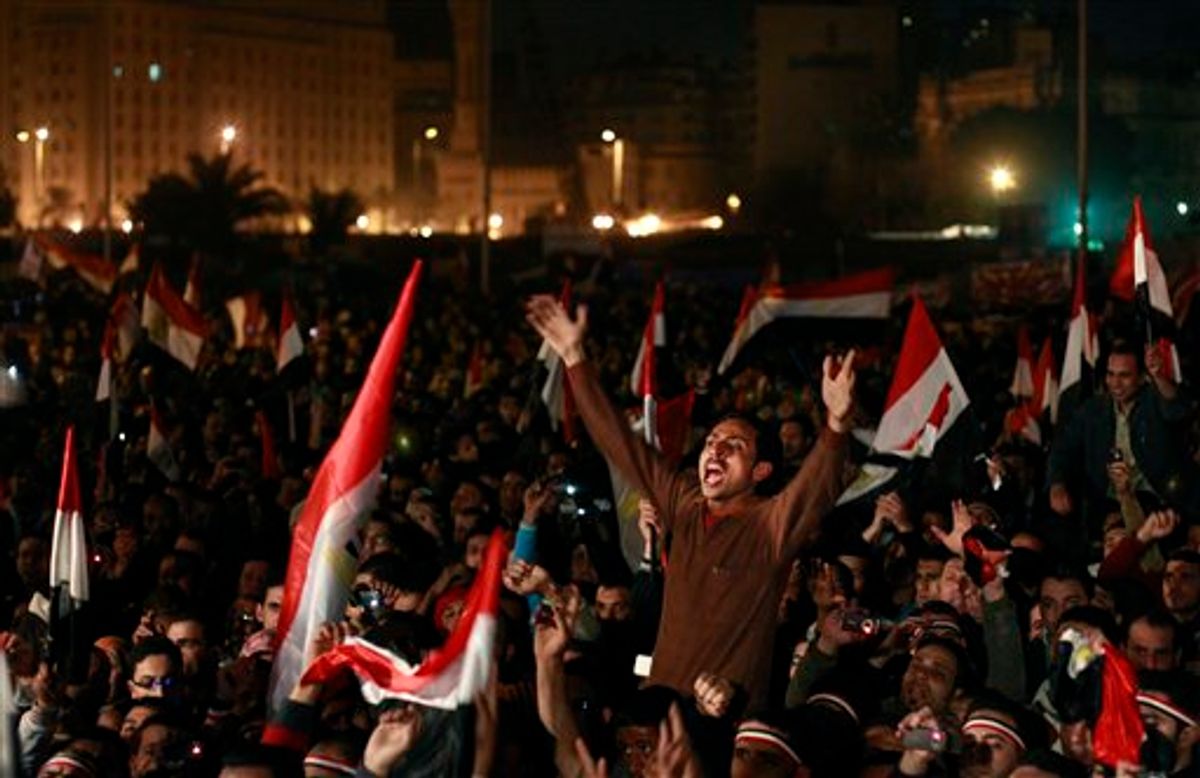 Egyptians celebrate the news of the resignation of President Hosni Mubarak, who handed control of the country to the military, at night in Tahrir Square in downtown Cairo, Egypt Friday, Feb. 11, 2011. (AP Photo/Ben Curtis) (AP)
--

The jubilation sweeping Cairo on Friday night was met with a spasm of joy in the Middle East and a huge dose of relief in Europe and the United States. Fireworks and celebratory gunfire erupted in Lebanon and car horns blared in Tunisia.

People and politicians around the world have followed Egypt's 18 days of pro-democracy protests with a mixture of awe and hope, and celebrations echoed the jubilation in Cairo's Tahrir Square when President Hosni Mubarak bowed to protesters' demands and resigned.

In the Tunisian capital, cries of joy and a thunderous honking of horns greeted the announcement that Mubarak has handed power over to the military.

"God delivered our Egyptian brothers from this dictator," said a smiling Yacoub Youssef.

EU foreign policy chief Catherine Ashton praised the resilience of Egypt's protesters and said, by standing down, Mubarak "has listened to the voices of the Egyptian people and has opened the way to faster and deeper reforms."

Caught up in stunning news like the rest of the world, President Barack Obama learned of Mubarak's resignation during an Oval Office meeting in Washington. Watching images of celebration on television, he prepared to make a statement.