Michael Steele not pumped for CPAC 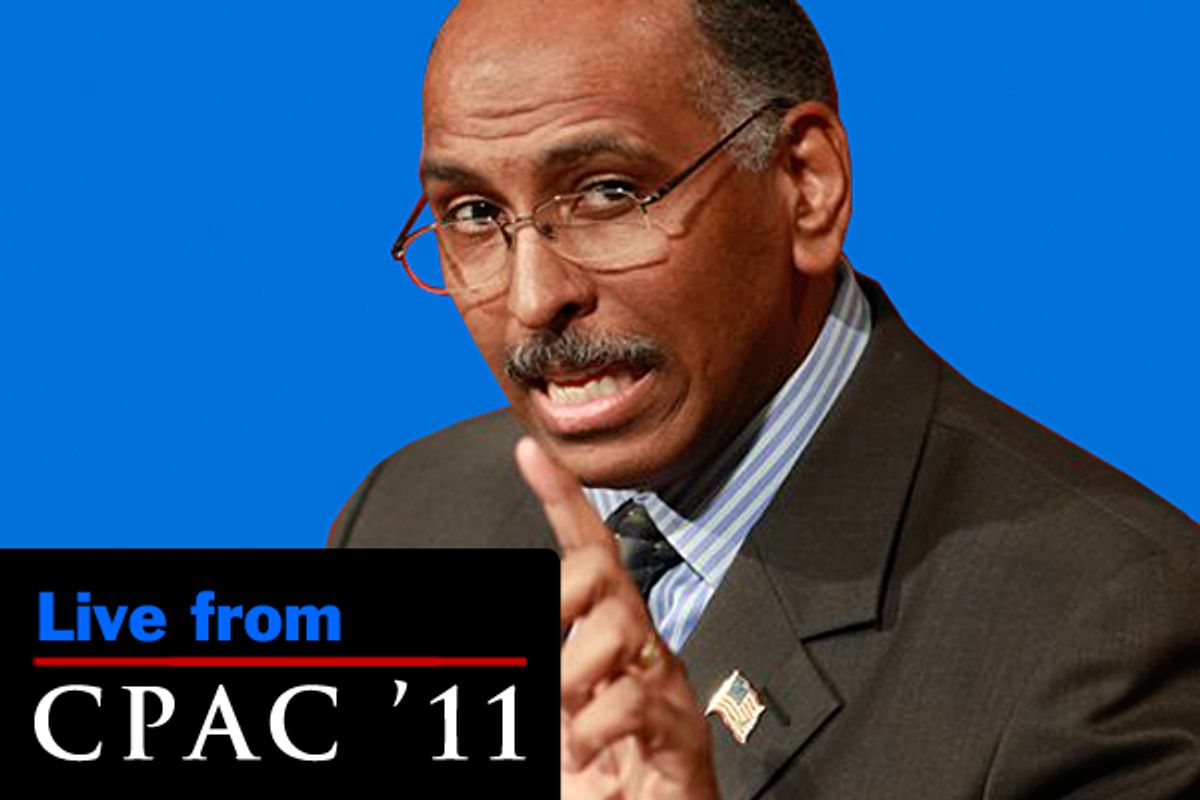 I ran into Michael Steele, the recently deposed chairman of the Republican National Committee, last night at the Big Party, an event sponsored by Andrew Breitbart and the gay group GOProud. (The party drew some attention for its musical act, the "omnisexual" singer Sophie B. Hawkins.)

Steele, fresh off his defeat in the election for RNC chair last month, was feeling relaxed. (Even as revelations of mismangement during his tenure continue to emerge.)

TPM's Evan McMorris-Santoro asked Steele, "who do you want to see out there at CPAC?" To which Steele replied, with a grin: "I have no one in particular."

Dave Weigel also has an amusing description of Steele's meeting with Hawkins.

Watch the encounter (and apologies for the shaky video):