To be Muslim and Republican ... at CPAC

The controversial Suhail Khan, a Muslim Republican who has been attacked by Islamophobes, talks to Salon 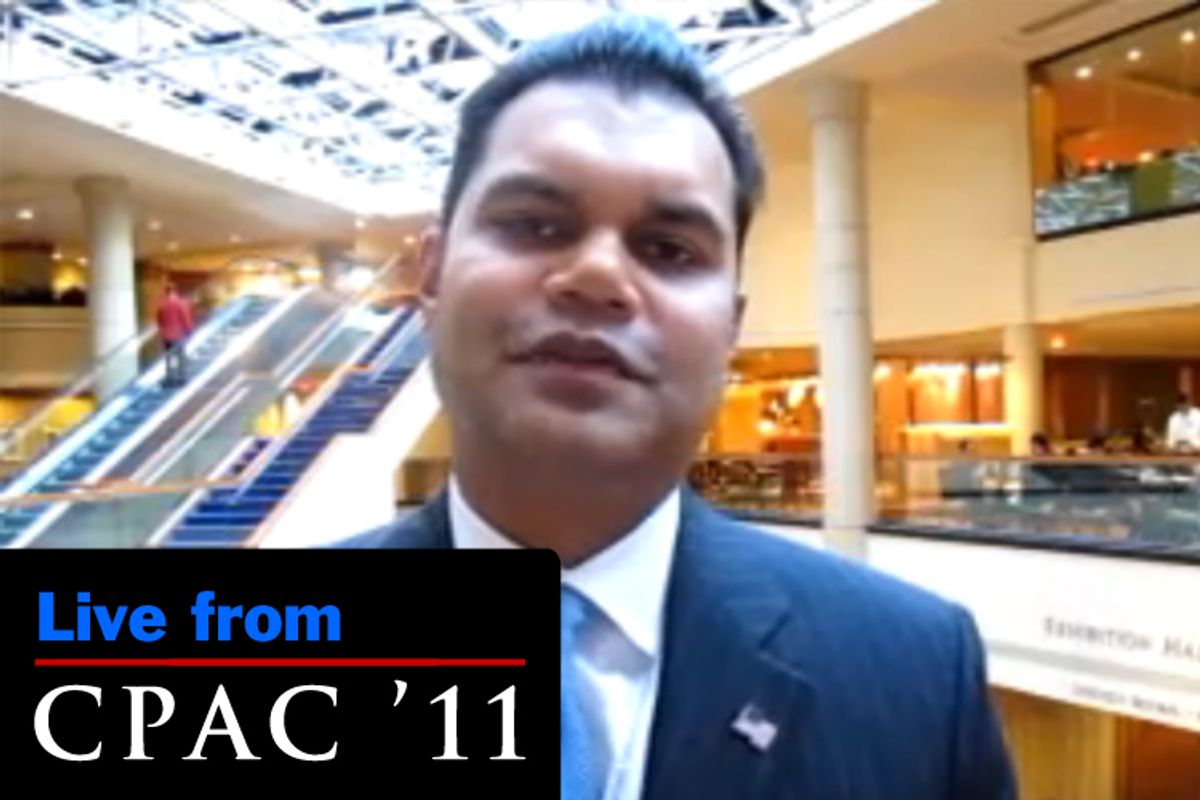 One of the controversies in the run-up to CPAC this year centered on the presence of a Muslim Republican named Suhail Khan on the board of the American Conservative Union, which organizes the conference. Sites like WorldNetDaily and people like Center for Security Policy president Frank Gaffney led the charge against Khan, alleging all he had links to the Muslim Brotherhood or that he was a radical intent on spreading sharia.

None of these charges had any real evidence to back them up. And it all seems even more ridiculous if you meet Khan, a mild-mannered and conservative former Bush administration official.

I had the chance to talk to him at CPAC (it's his 16th year attending) about what sort of reception he's been getting.

"What you're seeing is a fringe who are making a lot of noise, disproportionate to their numbers who are trying to bring in a message of disunity and of hate," Khan said. "It's my firm belief that the majority of conservatives, and indeed the majority of Americans, will stand against that."

There is still, it's worth noting, a liberal dose of movies and discussions at CPAC about the threat of Islam, radical or otherwise.