The evangelical leader, who had been critical of Egyptian protest leaders, talks to Salon at CPAC 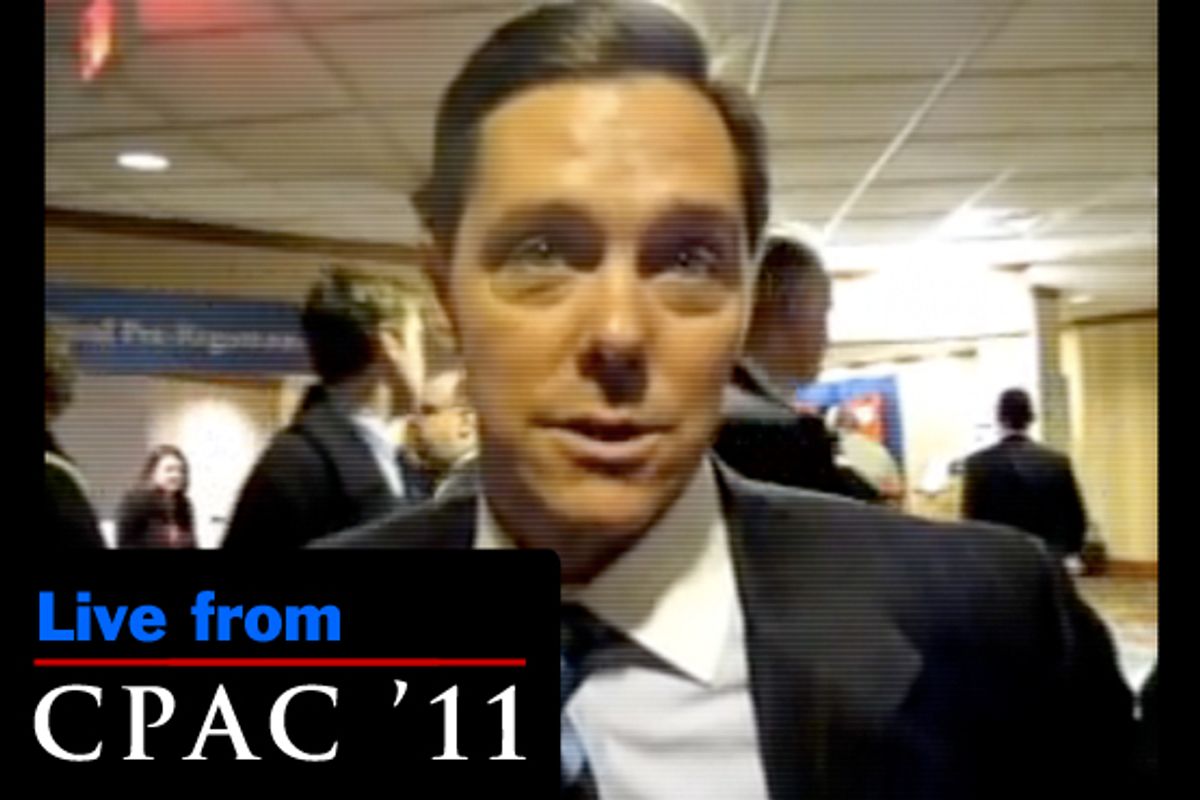 Even as Hosni Mubarak's resignation shook the world today, the issue of Egypt has been barely visible at CPAC. One exception was Ron Paul's speech this afternoon, in which he used Egypt as an example of the folly of foreign aid.

I've been asking CPAC attendees about the issue, and one who was willing to talk about it was Ralph Reed, the influential evangelical figure. I had included Reed in my feature on Mubarak's American fan club earlier this month because of a column he wrote expressing horror at the idea that Mubarak would be replaced by a regime including Mohammed ElBaradei and the Muslim Brotherhood.

But Reed's tone discussing the protests today was considerably sunnier. "I think we should have made clear earlier than the administration did that we are on the side of the protesters," he told me. "But I think we also need to make it clear that the right outcome, the outcome that will be best for Egypt, best for the Middle East, and best for civilized nations all over the world is a democratic society with respect for human rights and the rule of law."

Reed also hit a less sanguine note, saying: "It is not a stretch to say that these outcomes are not always positive, not just in terms of U.S. interests, but in terms of democratic and human rights."

He also said he's waiting to see how the 2012 presidential field shapes up before making any decisions.