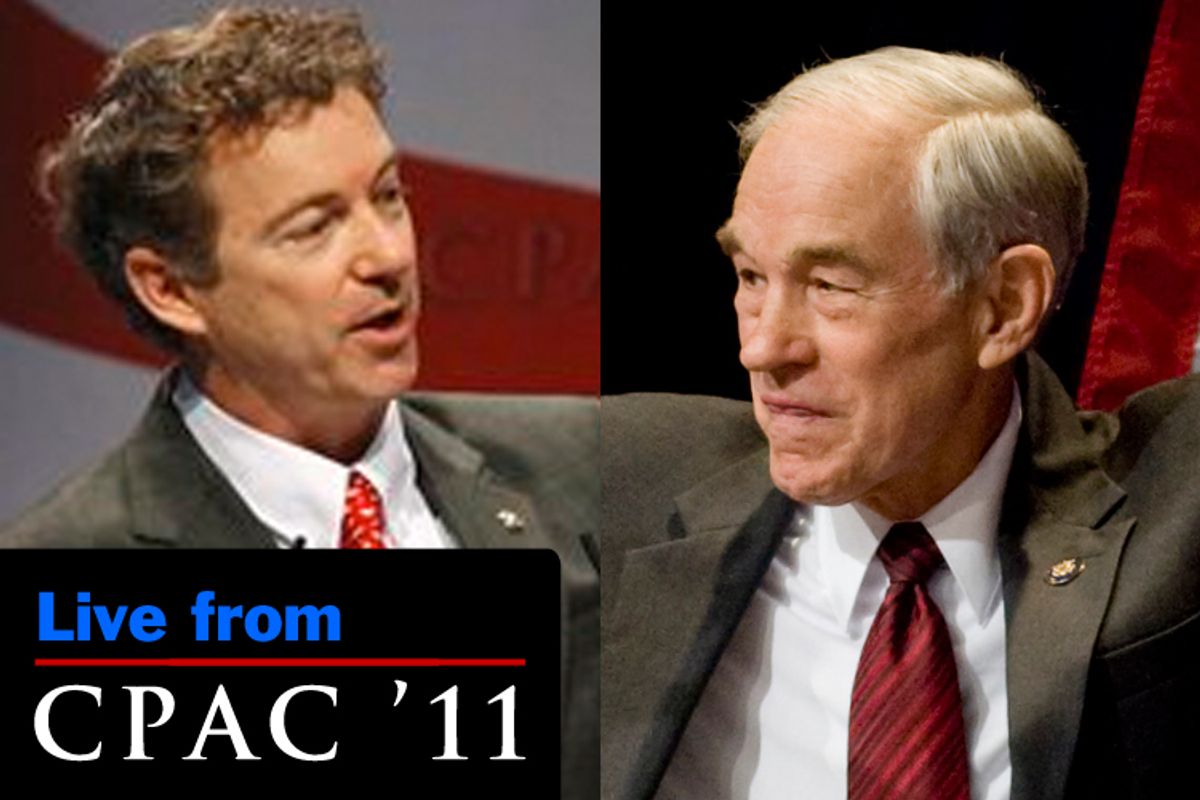 The Paul supporters are out in force again this year; they're a very visible presence at the conference handing out literature about "unmasking the Federal Reserve," repealing the Patriot Act, and so on. They already made headlines Thursday when they heckled Dick Cheney. And a group associated with Paul reportedly bought 1,000 tickets for supporters, ensuring a strong performance in the straw poll.

I spoke with one young Paul supporter, Sean Ryan, who came down to CPAC from Boston. He discovered Paul while watching the the 2007 Republican primary debate, when Paul went head to head with Rudy Giuliani about the causes of September 11. Like many Paul supporters, Ryan has a well-articulated worldview, emphasizing foreign policy and fiscal issues, and he admires Paul's consistency. I asked Ryan about the Cheney heckling, the straw poll, and how this year feels different than 2007.