Mark Sanchez and the thrill of dating older men 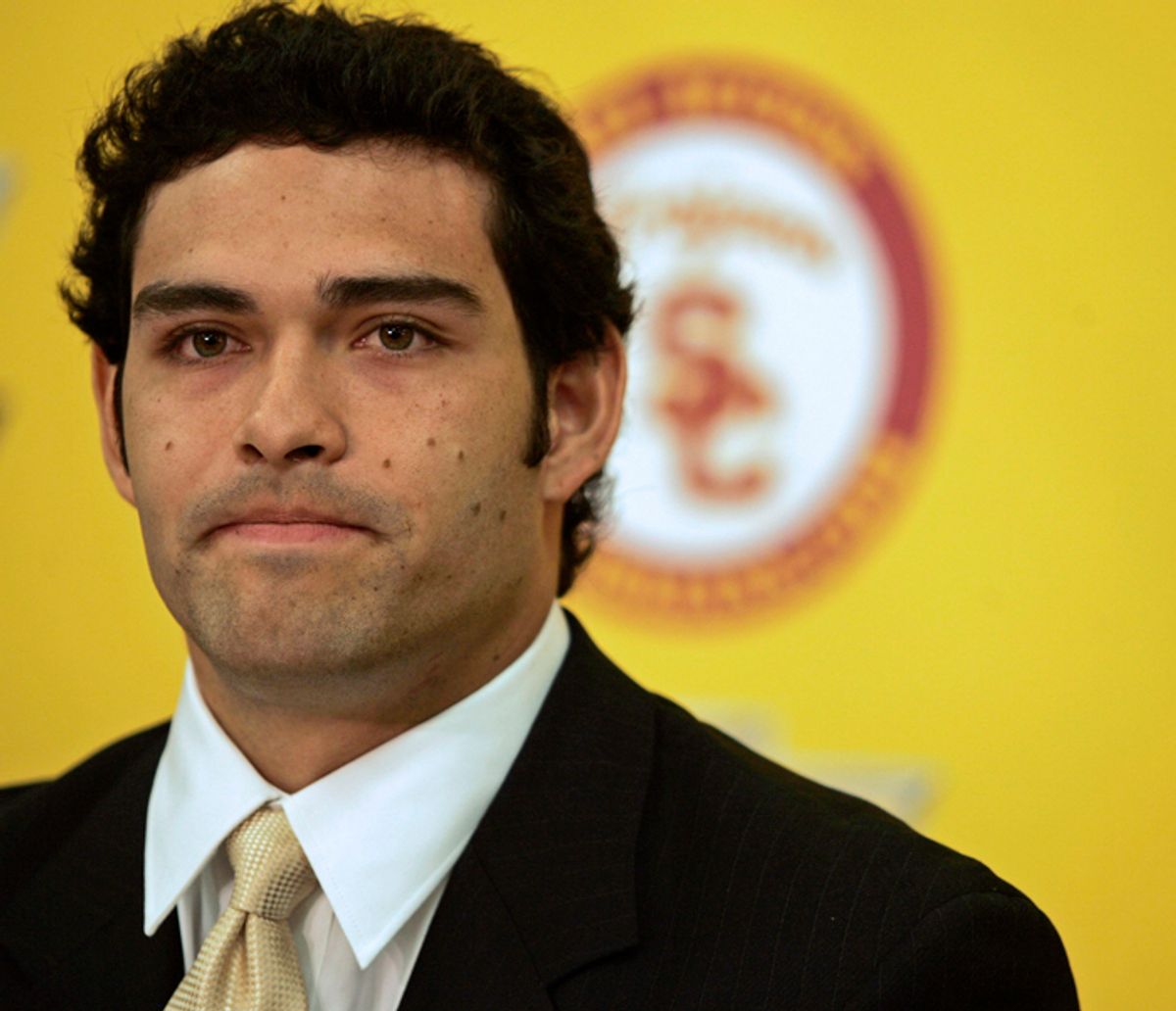 The public consensus over 24-year-old Mark Sanchez's alleged fling with a high school girl is that it's pretty creepy. The truth, though, is that these sorts of relationships between teen girls and adult men happen all the time. Amid all of the finger wagging at the football player, there is one question that is being ignored: What's the actual experience of girls who have been in these relationships, and how do they come to view the affairs once they leave their teen years behind? So I set out to answer it. The women I spoke with did not date a superstar athlete, or weather a public firestorm, but they understand what it's like to run up against dating mores, and their experiences were surprisingly positive.

In high school, my friend Margaret dated and slept with a 25-year-old guy. She was 16 and living in California, making it a potential felony on his part. I disapproved of the relationship from the get-go, mostly because of the nine-year age gap (also, he was a white guy who wore a do-rag -- I mean, c'mon). I was certain there was something inherently unhealthy about a guy in his mid-20s sleeping with someone nearly a decade his junior. But Margaret, now 26, says she doesn't see it that way: "He treated me very well and was more mature and respectful than guys my own age," she told me. "It was a great experience for me. I learned a lot in a safe and more mature environment."

It was common among the women I spoke with to talk about these dalliances with older men as a good learning experience. Anni, 34, dated a 22-year-old when she was 16 (which seems to be something of a magic age for these relationships). "For a first relationship, I think it was a great experience. He taught me a lot -- what to do, what not to do -- about interpersonal relationships."

But the "learning experience" narrative falters when I asked these women how they would feel as the parent of a teen having one of these flings. "Sarah" was involved with a guy three years her senior when she was 16 and, even given the small age gap, she says, "It's not a situation I'd wish on any hypothetical daughter of mine." She felt constantly pressured to have sex and, although she successfully resisted, she says,"It did quite a number on my self-esteem." And then there's the role-reversal question: When I asked my friend Margaret whether she would consider sleeping with a 16-year-old at her age, she said, "I would feel like a complete pedophile. I do think girls mature faster, though, so it's more the equivalent of [me] sleeping with an 18-year-old, which still seems wrong."

Some women are ambivalent about the experience. Juliana, now 47, dated a 25-year-old when she was 15 and lost her virginity to him. "I really wanted to have sex, I really liked him, I really liked that he was older and it flattered me to no end that he thought I was 'mature,'" she told me by e-mail. "But I wasn't mature, I just wasn't a squirrely, giggly girl like my friends."

Unlike in the Sanchez case, most of the women I interviewed were too young at the time of their relationship to be considered capable of legally consenting to sex in their state; and yet only one of them classified it as abuse. "[It] didn't scar me permanently, but it did green-light so much nasty stuff that stuck with me for years -- massive self-loathing, bouts of depression and drug abuse, and most of all, the idea it was 'OK' either to withhold sex or to have sex even if you didn't want to, just to 'keep' a partner," says Adriana, who got involved with a 24-year-old at the age of 15. "Somebody was supposed to protect me, to step in and say, 'This is not OK.' No one did. And at least one of my high school teachers knew."

There just isn't any one answer to how teenage girls experience relationships with older men -- or how they come to reflect on these affairs as adults. (Although it's important to note that the women's responses likely would have been much less positive overall had there been a more significant age gap.) That's part of why the age of consent is a perennial subject of debate: As Salon's Mary Elizabeth Williams put it, "That strange twilight place between the innocence of childhood and the experience of adulthood exists over the span of years, and it's different for everybody" -- but we set guidelines because we need "some benchmark that offers protection to those who require it." Of course, as the Sanchez case shows us, public judgment doesn't always follow the letter of the law.