Prostitutes call foul on a recent report that Facebook is the "new Craigslist." They give us the real scoop 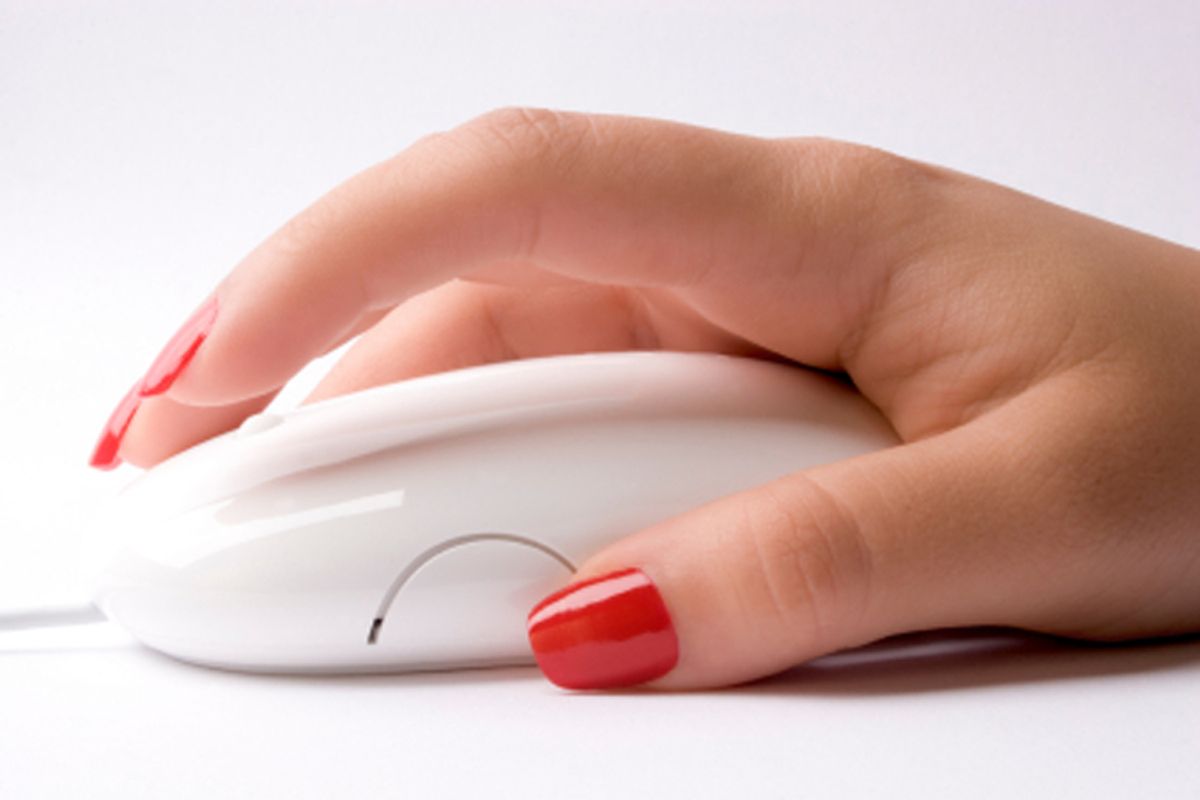 Wired magazine's recent feature on how technology is changing the sex trade led to a frantic orgy of media coverage. Of sociologist Sudhir Venkatesh's many interesting findings, one tidbit was magnified in headline after headline: "Study: Facebook replacing Craigslist for prostitutes," "Prostitutes Have Just Moved From Craigslist To Facebook," "Prostitutes migrate to Facebook after Craigslist crackdown," "Is Facebook the new Craigslist for hookers?" -- and so on and so forth. The narrative was too delicious to resist: Hookers lurking in the shadows of the social network! It was surprising news for the general public -- but even more so for actual sex workers.

"I've never heard of any sex workers advertising on Facebook. Not a one," wrote "Claudia," a New York-based sex worker, in an e-mail. "I gotta tell you, to me that is the biggest B.S.," wrote another. Apparently, the article has inspired heated back-and-forths on industry e-mail lists. Audacia Ray of the Red Umbrella Project, which is dedicated to promoting sex workers' first-hand accounts, said in an e-mail, "It's frustrating to see 'expert' data on our lives that doesn't reflect real experiences."

The Wired piece reports that 83 percent of the women Venkatesh followed -- a group of 290 sex workers in New York, more than half of whom made over $30K a year -- had a Facebook page, which is really no surprise, given that the site has roughly 500 million active users. He also predicts "that by the end of 2011, Facebook will be the leading online recruitment space" -- a forecast the sex workers I spoke with, who were "high-class" escorts like most of the women he followed, found highly dubious. I called up Venkatesh, a sociology professor at Columbia University, to hear his side of the story and, what do you know, he said, "It's not as though Facebook is replacing Craigslist." He added that these women "aren't using it to advertise themselves in terms of sexual services." Publications glommed on to his findings and then distorted the data. He clarified over the phone that the social network is a tool for escorts to "insert themselves in a small community of people" through certain fan pages or groups. It can also allow workers to develop relationships over time and reassure hesitant clients, he said. Facebook is "not necessarily great for meeting one-off people that you might give a service and then never see them again."

Beyond the debate over the Facebook storyline, there is a general unease among sex workers over such mainstream coverage of their trade. This particular case represents to them the troubling intersection of the tension implicit in anthropological observation by outsiders and the media's hunger for sexy sound bites. Will Rockwell, a former adult entertainer and editor-in-chief of the now defunct industry magazine, $pread, described the piece as a "venture into the 'slums' for the benefit of ... middle-class readers." Reached by e-mail, the 24-year-old called it "an act of petty voyeurism, and he forgot to leave his money on the nightstand." Some sex workers described it as "ogling" and "titillation for the taking-classes." One woman objected to the piece's focus on mundane details, like prostitutes' preferred cell phone brand (Blackberry) and gum of choice (Orbit and Trident) -- "as if we're some rarely sighted exotic bird whose every facet is worth noting." Said a former working girl who quoted Borges and Beckett in an epic e-mail rant, "I'm just so tired of these academics milling around, voyeuristic piranha, making a living off other people's actual lived lives while keeping their lily white hands clean."

To his credit, Venkatesh says he understands sex workers' frustration over the way this story has spread through the press. "This is not a group of people who most people give a damn about. All of a sudden the one aspect of their life that's getting attention is this one little snippet about Facebook," he said. "From their point of view, they have probably a whole range of things that they want to talk about." But he adds, "there's a very, very important story to be written about the way in which technology is affecting people on the margins."

The sex workers I spoke with agree that there is a story to be written about how technology is changing prostitution, but Facebook isn't where it's at. Instead, it's The Erotic Review, a site considered to be Yelp.com for sex work. It allows clients (or "hobbyists" as they're called) to review escorts (or "providers"). "This, in my view, is one thing that made true independent escorting at a high level possible," said a former sex worker who quit the business when her club was busted. Just as the Web has empowered lots of small business owners, she said that it's lessened the need for booking agencies that take a cut of workers' earnings. "A lot of these 'hobbyists' do seem to treat it as a very serious hobby. They get all excited about checking out new girls and buzz about who's the hot up and coming thing."

More than anything, though, technology has provided sex workers better tools to protect themselves. It has "given us an ability to do this work in a more selective way, in a way that we feel better about. We have more control and power over our business," says a woman who has provided "professional development services" to women in the industry for the past seven years. She told me about a client who was recently "causing issues" in San Francisco; he's known to frequently travel to New York, and the Web allowed workers to spread the word locally about this problem client, and then to alert providers on the other side of the country. Background checks are also made easier by sites like RoomService2000 and Date Check RS2K, which she calls "real game-changers." Of course, as any online dater knows, Google's also an excellent tool for investigating unknowns met online.

That's the thing -- prostitutes' lives have been dramatically transformed by technology, but that's true for all of us, regardless of profession. As Melissa Gira Grant, a camgirl turned writer and activist, wrote me, "I'm just not sure there's news in any of these sex-workers-they-internet-just-like-us stories as I keep hearing them." Clearly, many media outlets disagree, and it's easy to see why: Prostitutes represent a cultural bogeyman. They are sin, immorality, indulgence. When headlines scream that these temptresses are invading Facebook, it is meant to inspire fear. After all, entire families are linked up on Facebook. If prostitutes are plying their trade on the most popular social network, we might as well just invite them over for dinner with the entire clan. Next, they'll be carving the turkey at Thanksgiving!

It might not be news that sex workers "internet just like us," but when has that stopped the media from spreading a good scary story?